Louis Vuitton to Use Blockchain for Product Authentication 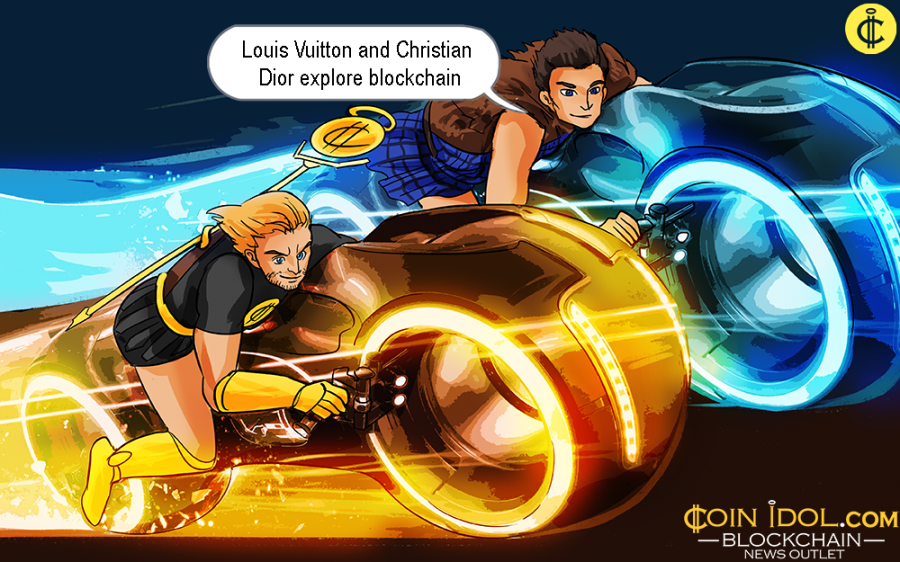 LVMH is set to be the first group in the luxury industry to adopt blockchain technology and DLT for traceability and large-scale product authentication in Italy. The French luxury giant, between the months of May and June, should roll out Aura, a blockchain network for the authentication of its products that will initially be reserved for the Louis Vuitton and Perfumes Christian Dior brands, but which in the future could be extended to all other brands controlled by the group.

The local news outlet Wall Street Italy, revealed that, Aura will offer proof of validity of luxury products and will present evidence of their origins, beginning with the raw materials. The platform also plans to deal with the fortification of creative intellectual property, with high-class offers and measures for the customers of each brand.

When a front-runner of the luxury sector such as LVMH decides that product authentication is a must for users of luxury goods, it simply implies that the time has come for every luxury and premium brand to pay much more attention to the revolutionary blockchain technology.

Blockchain and distributed ledger technology is among the most interesting futuristic technologies of our time, since it helps to show users where a product originates from, who produced it and with what materials, and also tells you whether or not the product is authentic.

The analysis of the Blockchain & Distributed Ledger Observatory of the Politecnico di Milano, indicates that blockchain technology is still underdeveloped in Italy. However, since October last year, around 150 blockchain projects valued at €15 million have been started and many are still underway.

Certilogo, started with a doubtful Tag Heuer watch and went on to become the globe’s leading concerted platform for validating branded goods. The Certilogo CEO Michele Casucci reveals in an interview why "anywhere, anytime" digital good verification is the coolest, most cost-effective method to preventing the worldwide widespread of counterfeiting.

Innovation is a Key Driver of the Economy

Casucci further noted that around $1.8 trillion in fake goods are sold annually, and this affects consumers, brands and sellers. 75% of consumers who purchase fake products think they are buying authentic, since it is nearly impossible to distinguish fake goods from authentic ones, especially online.

The main driver of the economy is innovation, so the protection of intellectual property is very important and it is the only way to build the economy on an equal system that is based on trust and transparency, and blockchain has these features.

Brands should involve consumers in the fight against counterfeits, and this helps them to buy the product they intended to purchase. Actually, the consumers care about authentic products, and that is why many startups have come up to empower customers to authenticate goods from brands they love, everywhere they shop, using their smartphones or desktops.