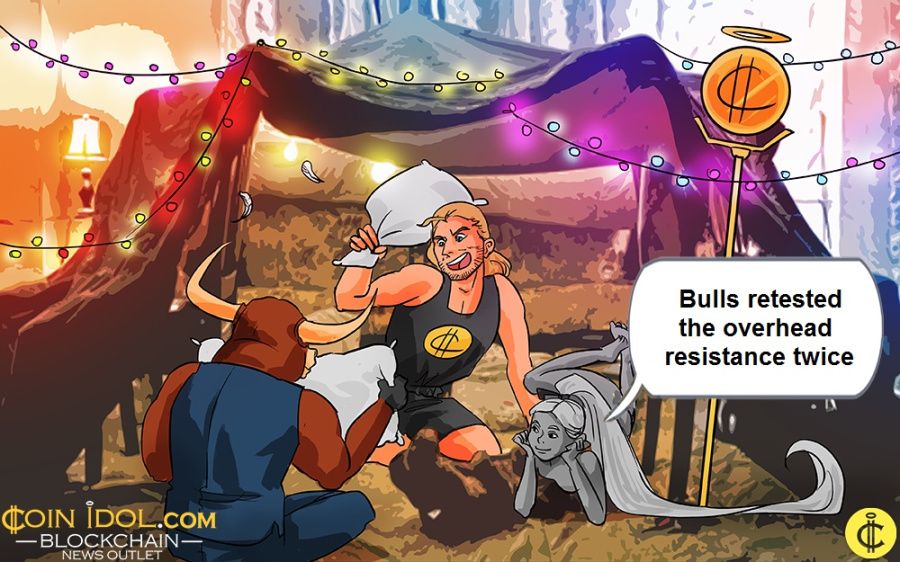 In the last two weeks, Litecoin (LTC) price has been trading above the moving average lines. The uptrend was slowed down by the $64 resistance. Since July 18, the cryptocurrency has been forced to move sideways. The altcoin has been trading between $51 and $64.

Litecoin is at level 55 of Relative Strength for period 14, which indicates that the price is in the uptrend zone but fluctuating below the overhead resistance. LTC is above the moving average lines, indicating a possible upward movement. Selling pressure will resume when the price bars are below the moving average lines. The cryptocurrency is below the 80% area of the daily stochastic. Litecoin is in a bearish momentum. 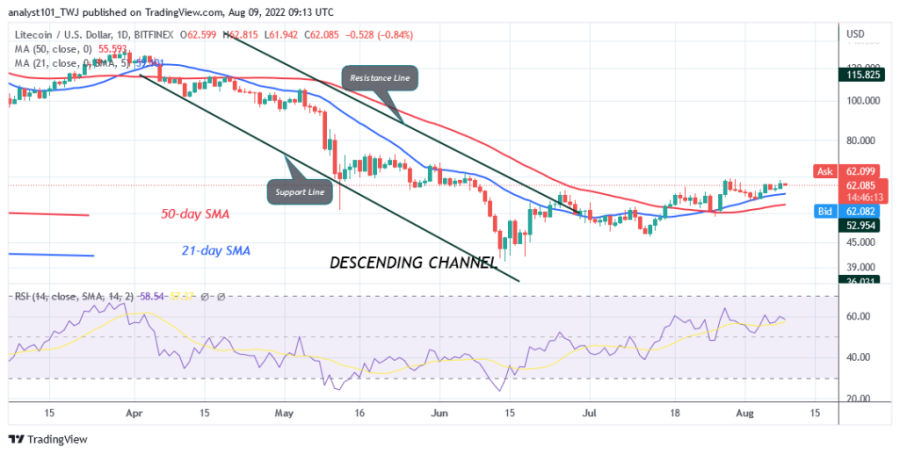 Litecoin is in a sideways movement below the $64 resistance and is trading in a narrow range between $51 and $64. The market will move when the boundaries of the range are broken. Currently, the altcoin is in bearish momentum. 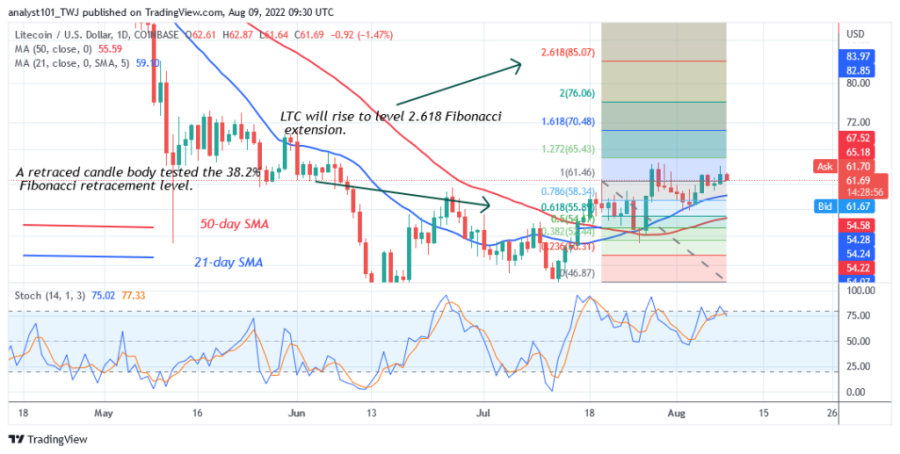