Litecoin Declines as Price Deepens in the Oversold Region 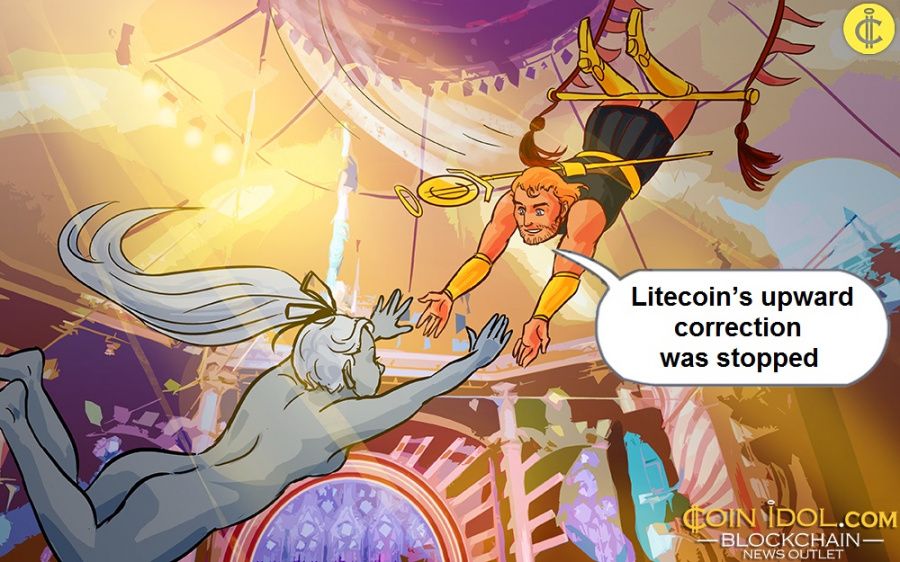 Meanwhile, as the market fell to a low of $98, the bulls bought the dips and the price pulled back. The upward correction was stopped at the high of $112. Nevertheless, the altcoin is now fluctuating between $98 and $112.

If the bulls break the initial resistance at $112, the market will rise to a high of $150. If the buyers overcome the resistance at $150, LTC/USD will come out of the downward correction. However, further downward movement is unlikely as the market has reached the oversold zone. There are also two candlesticks with long tails indicating the current support levels. The candlesticks indicate that the current support is a strong buying pressure point.

Litecoin is at level 30 on the Relative Strength Index for period 14, indicating that the LTC price is in oversold territory. The downtrend is likely to subside. The LTC price bars are below the moving averages, which indicates further downward movement. The cryptocurrency is above the 25% area of the daily stochastic. This indicates that the market is in a bullish momentum. 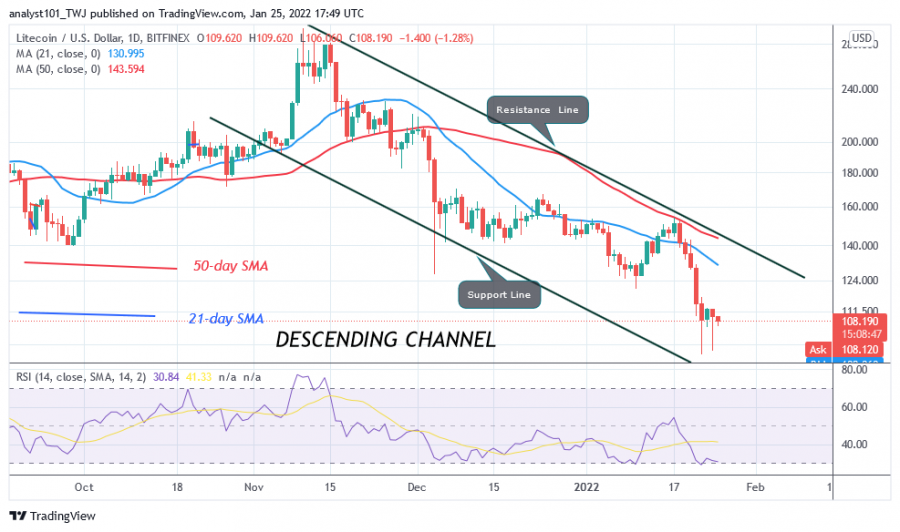 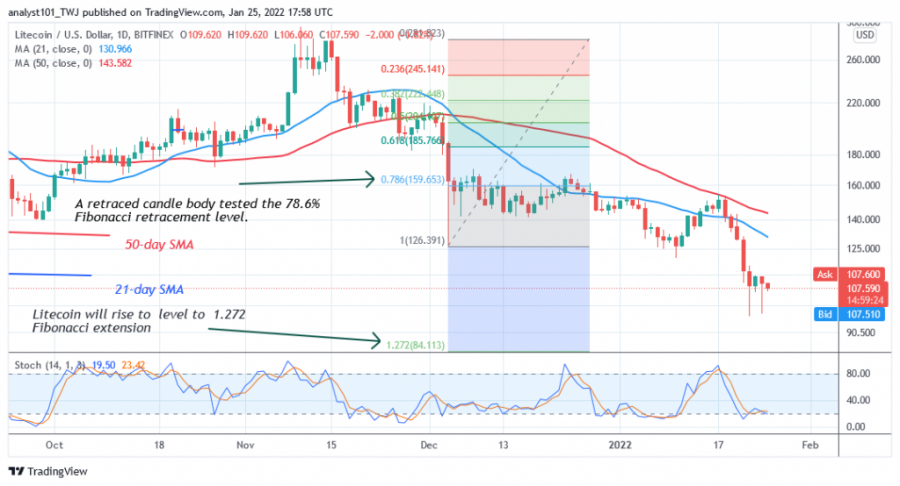