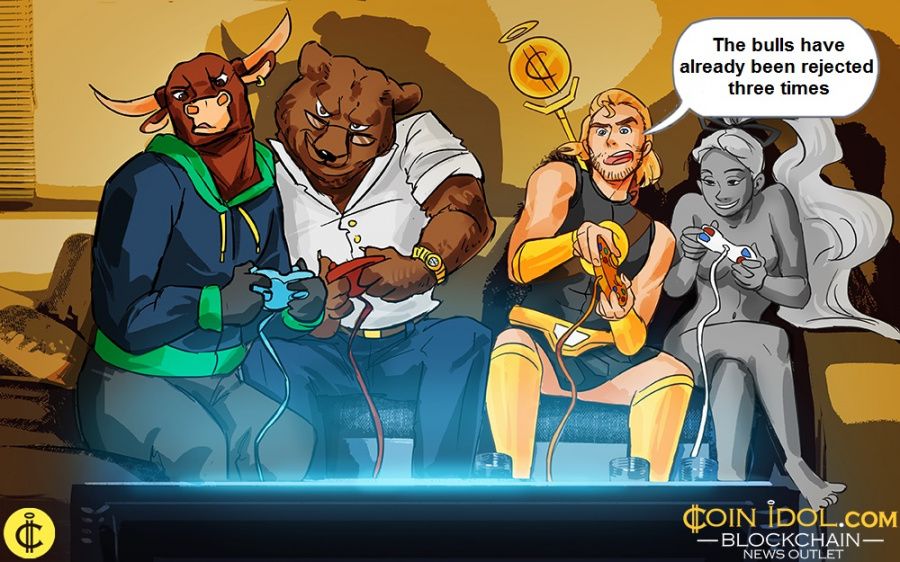 Litecoin (LTC) has resumed its downward correction as buyers fail to keep the price above the $60 high. Today, the cryptocurrency has fallen to the low of $53. The selling pressure will intensify if the LTC price falls below the moving average lines.

The bears have broken below the moving average lines, but the price is holding above the 50-day line SMA. If the bears break below the moving average lines, the market will fall to the current support at $49 or the previous low at $41. Nevertheless, the upward movement of the cryptocurrency is slowed down by the resistance at $60. The bulls have already been rejected three times at the $60 level. If the bulls overcome the recent high, the market could rise to the high of $69.81. In the meantime, LTC/USD is trading at $53.05 at press time.

Litecoin is at level 46 of Relative Strength for the period 14, indicating that the altcoin is in the downtrend zone and capable of further downward movement. The cryptocurrency price is above the 50-day line SMA, but below the 21-day line SMA, indicating a possible movement within a trading range. The cryptocurrency is below 40% of the daily stochastic. Litecoin is in a bearish momentum. 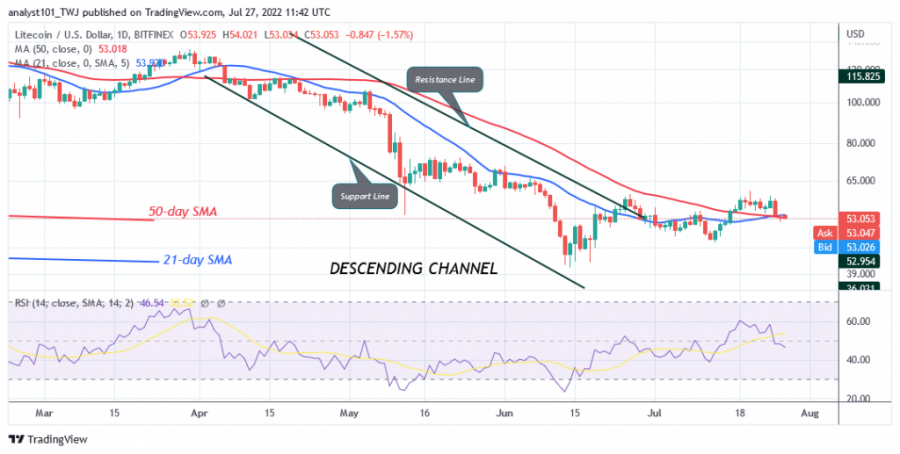 Litecoin is in a sideways movement. Since June 13, LTC/USD has been fluctuating between the $41 and $60 levels. The upward movement was slowed down by the $60 high. If the bulls break through the $60 resistance and sustain the upward momentum, Litecoin will resume its upward momentum. The altcoin will be out of the downward correction. 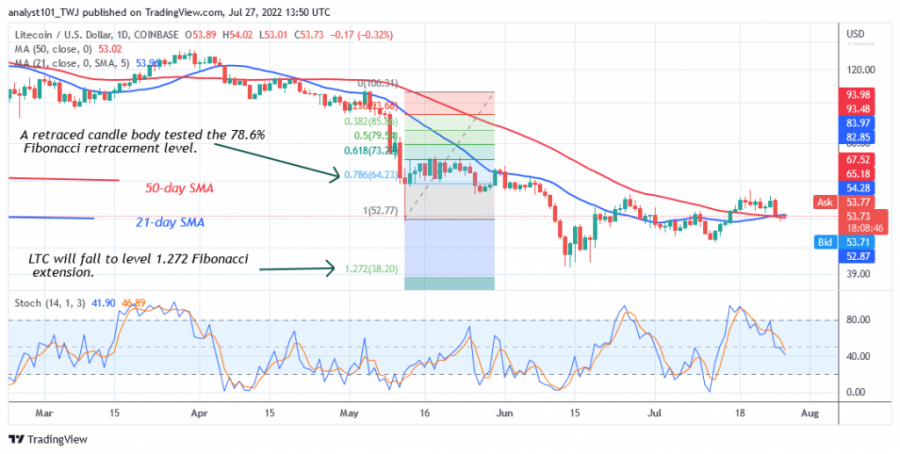