New Legislation Threatens the Growth of Cryptocurrency in the USA, Is It an Attempt to Clear the Way for Digital Dollar? 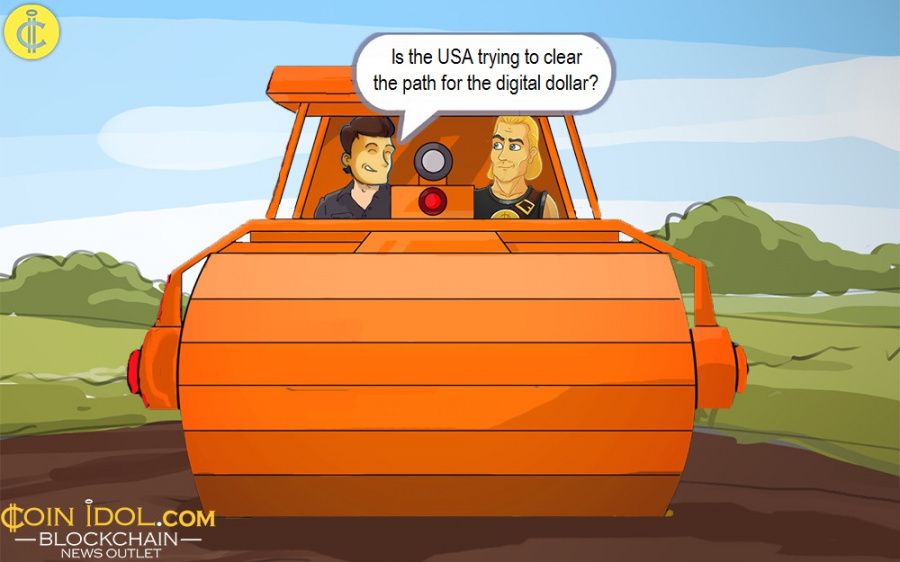 The US Senate adopted new legislation allowing law enforcement agencies to access encrypted data. Such provisions would complicate the operation of the cryptocurrency industry within the country, forcing businesses to go offshore.

The bill dubbed ‘Lawful Access to Encrypted Data Act of 2020 (LAED) act was introduced by three Republican Senators Marsha Blackburn, Lindsey Graham and Tom Cotton to allow law enforcers to have full access to encrypted data, a thing that might significantly affect cryptocurrency companies and investors.

The act practically allows interference and gives the intelligible content to some would-be interceptors. Investors, users and crypto companies who don’t want their info to be disclosed will be discouraged from using or carrying out cryptocurrency businesses, and this will slow down the momentum and growth of the blockchain and crypto market.

Escaping to the offshore

The bill will work in the entire US territory, which means cryptocurrency businesses will increasingly flee to offshore destinations (foreign banks, corporations, investments, and deposits). The startups operating in the industry might switch to other favourable countries such as Malta, Singapore, Lichtenstein, etc., where compliance and regulation are much relaxed.

Most popular cryptocurrencies such as Bitcoin, Litecoin, Ripple, etc., are decentralized and have no single controller to police them, which means the bill can hardly affect them. However, the LAED bill will empower law enforcers to affect the work of cryptocurrency exchanges by demanding encrypted and confidential information of their users. This might make them actually seek for a more favourable environment.

Paving the way for Digital Dollar

In March, the US Democrats proposed two bills to allow for the creation and circulation of a digital version of the dollar, according to the report by coinidol.com, a world blockchain news outlet. The move was also aimed at empowering personal income especially during this challenging economic climate caused by coronavirus plague.

Thus, the attempt to introduce new bills directly or indirectly affecting decentralized cryptocurrencies could be aiming at paving a way for their central bank digital currency known as the digital dollar. While the digital dollar has a number of advantages over fiat money including lower cost of banknotes printing and handling, it will still be fully centralised, thus making some community members seek for alternatives. As many countries are considering moving away from fiat money, financial authorities might want to eliminate a decentralized competitor of their digital currency.

On the other hand, there are currently no specific dates for the launch of the digital dollar, despite the coronavirus relief bill package stipulating the creation of digital wallets for people to receive relief payments. On June 11, the Senate held a hearing devoted to the benefits of the digital dollar. According to the speakers, the launch of the US CBDC will allow it to serve the unbanked and underbanked population by including them in e-commerce and finance. This means that CBDC is in progress, and the USA is not going to miss the digital currency train and lose its hegemony to China.