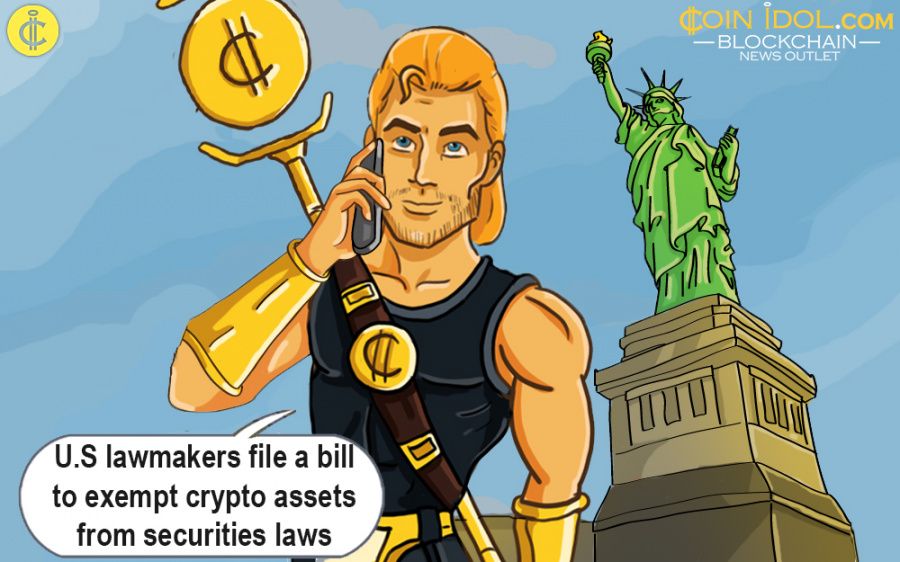 Two Congress members of the U.S. House of Representatives are now looking for ways of exempting cryptos and other digital assets from the federal standard securities laws. A bill was tabled before Congress on December 20, 2018.

Representatives Darren Soto and Warren Davidson introduced the ‘Token Taxonomy Act of 2018’ in Washington D.C which seeks to bar cryptos from being called and defined as securities. This will be done by amending the “Securities Act of 1933 and 1934. This bill particularly calls for:

Earlier 2018, Jay Clayton, the chairman of US SEC indicated that the commission does not intend to play by ear rules for ascertaining which cryptos are securities or not.

The bill also says that Secretary of the Treasury should make sure that regulations giving key data for returns crypto transactions is issued where losses and gains are acknowledged.

Warren declared plans to bring legislation and form an ‘asset class’ for cryptoassets earlier this month. He said that the law would stop them from being regarded as securities, though it would enable the federal government to regulate ICOs much better.

“While this legislation is a great first step, we are looking for feedback. The Federal Trade Commission (FTC) has a history of policing web services, while the Commodities Futures Trading Commission (CFTC) has authority over commodity derivatives,” Rep. Darren revealed.

The bill comes after a Congressional ‘cryptoasset roundtable’ that was held by Warren in September this year. More than 40 representatives from bullish Wall Street companies and various digital asset firms told lawmakers that there is a clear absence of regulatory clarity for ICOs and cryptos, and others said that the present regulations are obscure and outdated.

All representatives are showing optimism that the bill will bring a more secure market for the infant blockchain technology sector in the U.S and stop potential entrepreneurs from escaping to digital currency friendly countries such as Singapore, Malta, Switzerland and many others.

Last month, Warren declared plans to bring a bill that would see ICOs dodge U.S. securities laws & suggest that ICOs be deemed as commodities instead of being treated as securities especially at the State & Federal level.