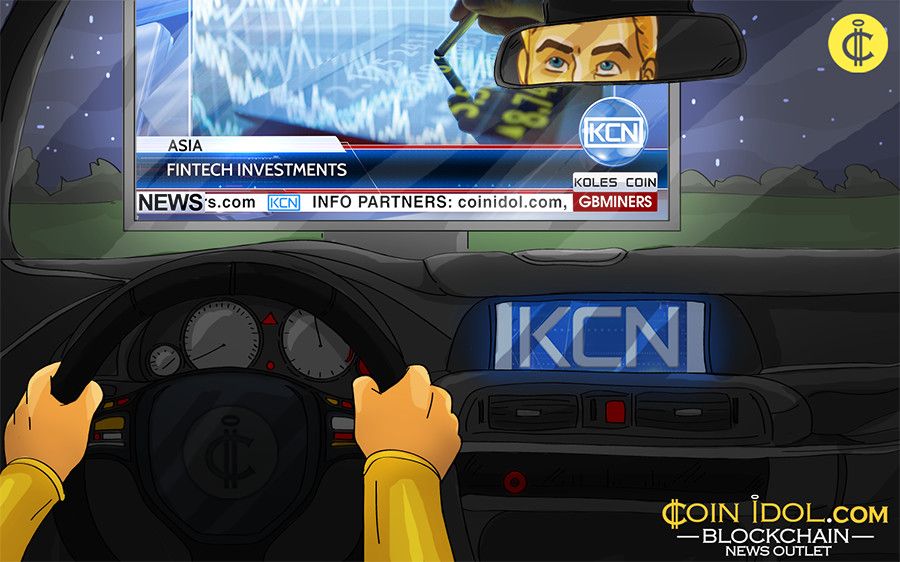 China and Japan continue to adopt FinTech. According to Fortune business magazine, the amount of venture capital funding in total increased to more than $23 billion over the last year, and was largely assisted by investments in Asia. China’s FinTech investment is reported to triple to $10 billion from 55 deals, while Japan’s investment increased to $154 million from 14 deals. The both indicators are more than twice bigger than the 2016’s ones.

Bitfinex has added the new cryptocurrency. The Hong Kong-based exchange has added Dash to its cryptocurrency offerings. The Dash cryptocurrency became popular this year and even outpaced bitcoin and Ethereum - while bitcoin’s price has gained 22% and Ethereum’s is up 57%, Dash’s has increased 295%. Phil Potter, Bitfinex chief strategy officer, noticed: «Dash is currently experiencing its breakout moment right now, and we want to be able to provide our growing customer base with seamless access to one of the rising stars in our space».

Bank of Japan took part in the FinTech forum

The FinTech forum has finished in Japan. The executive Director of the Bank of Japan Shigehiro Kuwabara has published a report which reviewed a bank's sight on blockchain and implementation problems in the financial sector. Shigehiro Kuwabara believes that the technology's credibility is an important aspect in the financial industry. He also noted on the need to improve security against threats, understand the strengths and weaknesses of blockchain and complete study of the technology on the part of the financial sector. Currently, the Japan's central bank is seriously considering the use of digital currency and blockchain.

Bitcoin surpasses the price of gold

Bitcoin’s price hit all the records once again. CoinDesk Bitcoin Price Index shows the price of bitcoin is now higher than one ounce of gold. In general, bitcoin surpassed gold by around $2 on different exchanges. According to coindesk.com, the growing price of bitcoin may be caused by the prospects of the U.S. Securities and Exchange Commission approving the first-ever bitcoin Exchange Traded Fund. The final decision of Comission is deadlined to 11th March, 2017.

Marble company will use bitcoin

The marble company in Russia is accepting cryptocurrency. The mineral powders factory ‘Basis’ in Ural, Russia, is now accepting bitcoin as payment for its goods. Bitcoin users now can buy marble, limestone and mineral powders with cryptocurrency. While using bitcoin as a payment method, users receive the detailed instruction, according to which the buyer should transfer funds to companys’ electronic wallet and then add the order number in the comments of the payment.

The shipping firm tracks cargo on blockchain. The Danish shipping company Maersk has completed its first blockchain trial, aimed to simplify the way of transferring and help save costs by moving the expensive and time-consuming paperwork to a blockchain-based smart contract system. Ibrahim Gokcen, chief digital officer for Maersk Transport & Logistics, noticed: «We don’t think it’s yet ready for prime-time fully, and that’s why we’re exploring, piloting in different use cases, to really understand what are the initial applications of blockchain».

Linux Conference in Kyiv. Root Linux GlobalLogic Conference 2017 will be held on March 18 in Kyiv, Ukraine. This is the first conference gathering of Linux and embedded software developers community aimed to meet top-level experts for knowledge sharing and experience exchange. The conference will maintain the building of Linux microservices, modern system trends and insights and real-world applications. The tickets are available on linux.globallogic.com.

FinTech on the agenda in Nigeria

The Central Bank of Nigeria can not stop Bitcoin. The First Vice-President of the Central Bank Uche Olowo, considers this an important topic for the Nigerian financial markets, that could affect the more traditional means of payment and settlement systems, including the global level. According to him, the international financial community is looks at bitcoin with a certain fear and curiosity. Interested parties see it as the most valuable currency in the world. For traditional financial institutions it seems unstable, complicated and raises doubts about the value. The director of payment systems Central Bank of Nigeria Musa Itopa-Jimoh noted: «Central Bank cannot control or regulate bitcoin. Central Bank cannot control or regulate blockchain. Just the same way no one is going to control or regulate the Internet. We don’t own it.»