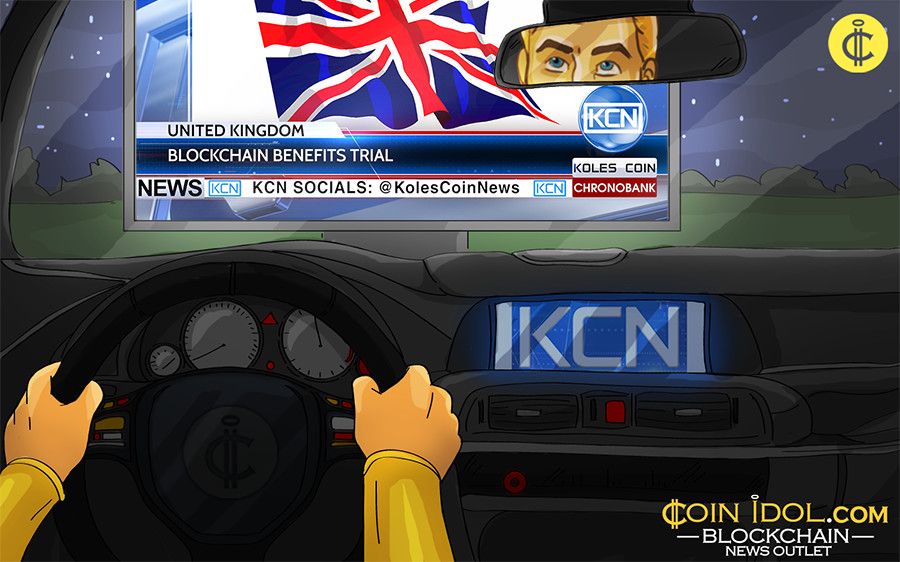 Social welfare goes digital in the UK. The UK government is currently considering expanding a trial that was started in May 2016 by the Department for Work and Pensions, to make social welfare payments using distributed ledger technology through a platform by DISC Holdings Limited. After the trial started, issues arose with how claimant data would be handled, sparking controversy among members of Parliament. However, in an effort to ease concerns, Conservative peer Lord Henley, the parliamentary Under-Secretary for the Department for Work and Pensions, recently stated that the government will not have access to claimant data and will not dictate where benefits are spent.

ICONOMI will launch a buy back process. The users will be able to increase their share of investment in the project ICONOMI, a platform for managing digital assets, using a unique program. The company will periodically buy ICN's tokens on stock exchanges and then "burn" them on the weekly basis. Such actions will lead to a deficit of tokens that may contribute to the growth of their price and the share value assets of each participant. To implement the project, company plans to use one thousand Ethereums, which will be spent from April 1 to June 30, while the tokens will be paid off since June 30. Tim Zagar, ICONOMI’s co-founder, commented: “Reducing the circulation creates value in scarcity, and it’s a great way to reward our investors for their continued support”.

Tags
KCN
Most Popular
Aug 24, 2019 at 12:20
News
TradeSanta : Enhancement the Automatic Trading in Cryptocurrencies
Sep 03, 2019 at 13:36
News
Paycent Gears Up For the Biggest Trading Contest in the History of Crypto: Live September 3-rd on Binance DEX
Nov 21, 2019 at 09:10
News
Metaverse DNA To Leverage The Community For Its Blockchain Network Governance
Apr 16, 2019 at 12:05
News
A New Era of Public Chain: Ultrain Launches its Mainnet
Jan 13, 2019 at 12:53
News
ICOBox Founder to Make His Company the Leader of the Emerging Security Token Market
×