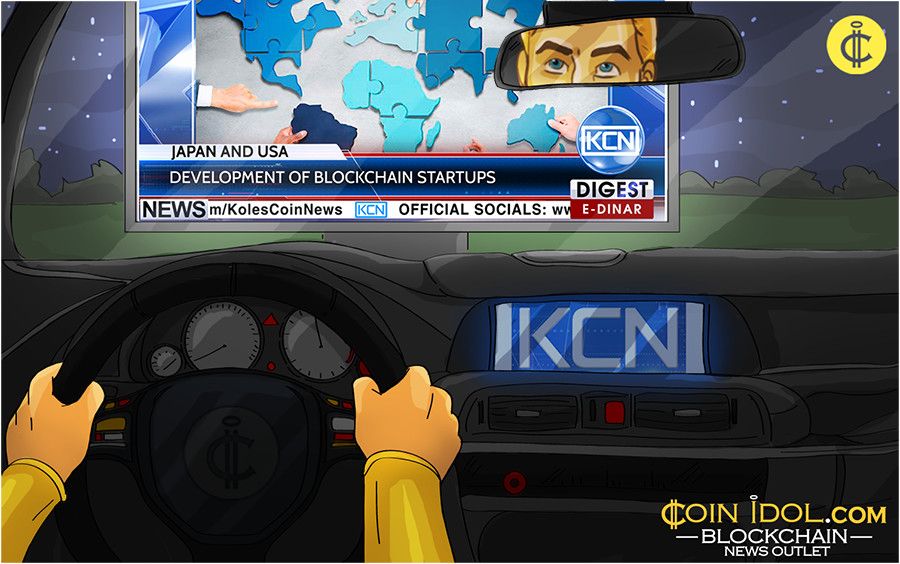 Law on the cryptocurrency in Russia

In the wake of demonetization. Blockchain technology will be used to protect a database from cyber-attacks by Indian state Andhra Pradesh firstly in Asia. Chief Minister of the state Nara Chandrababu Naidu is planning to make his state cashless in order to fight the cash crunch. CoinIdol.com reports - the Fintech Valley of Visakhapatnam and IBM have organized a workshop on blockchain technology to train police forces in Andhra Pradesh on the latest technology to prevent cyber-crime.

Find out more: The First State in Asia to Adopt Blockchain to Fight Cybercrime

Major Trends in Payments in 2017

Full of Tokenization and Encryption. Five major trends in payments of 2017 were laid out by Jeremy King, the international director of PCI Security Standards Council, The cointelegraph.com informs. Four of the most obvious payment trends are Tokenization, Encryption, Blockchain payments and Internet of Things. The main cause, according to the King, is the data security. Credit card networks and banks are required by KYC regulations and money transmission policies to store and submit user data to law enforcement. King also notes that 2017 will be the year of mobile payments.

Swift is building a blockchain app

Swift is building a blockchain app to optimize the global cash liquidity. The Society for Worldwide Interbank Financial Telecommunication (Swift) is integrating blockchain technology with its own products. The blockchain application has the potential to reduce the costs of reconciliation between independent databases, reduce operational costs and free up liquidity for other investments.

Bridge of Innovation between Silicon Valley and Japan

Cooperation between continents - three blockchain startups are going to be send to West from East. Japanese Ministry of Economy, Trade and Industry said earlier this month that employees from 55 startups would take part in the initiative. The “Project for a Bridge of Innovation between Silicon Valley and Japan”, aims to foster the cooperation between Japanese and US technology firms. According to METI, the program lasts from January to March.

Distribution of finance with blockchain. The Depository Trust & Clearing Corporation teamed up with IBM to protect the $11 trillion. This technology has used startup AxCore, and this has attracted in the last month $18 million investments. During the next year, the partners will work together to process the blockchain operations for distribution of finance to other companies around the world.