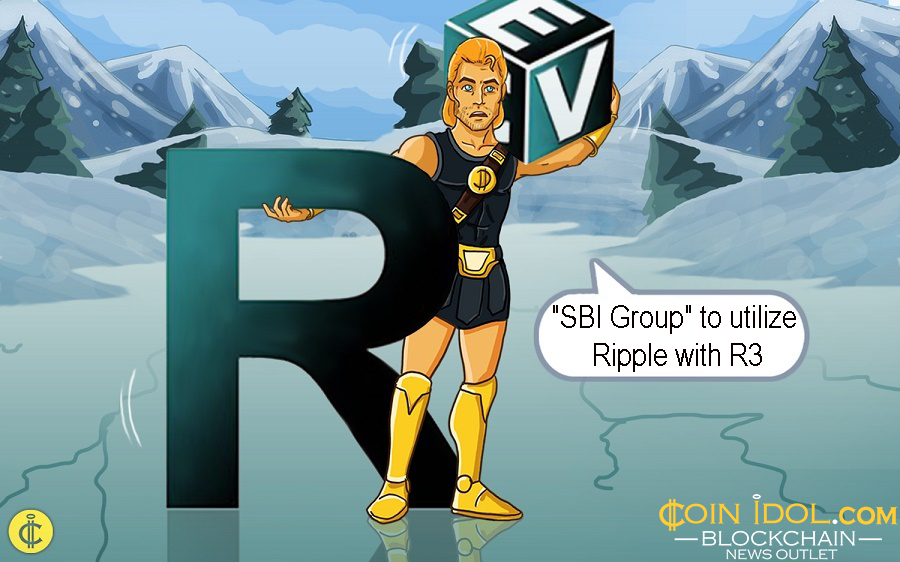 While at the SBI Financial Results briefing, Yoshitaka Kitao, CEO of SBI Group, proclaimed that the company has already started discussions to develop a project for R3 which uses Ripple more widely.

“We have already begun discussions to create a project to use XRP for R3. By using R3, XRP is used more extensively,” Yoshitaka revealed.

SBI Group is a multi-billion dollar firm in Japan with 3 important businesses in financial services, asset management and biotech. Since the development of SBI Ripple Asia, a consortium of over 60 Japanese financial institutions, SBI Group has led the creation and deployment of Ripple (XRP)-based products in Asia.

In May last year, SBI Group led a $107 million financing for R3CEV, the biggest DLT consortium which has collected millions of dollars to create enterprise-grade DLT networks.

Since that time, over the past 12 months, SBI Group has collaborated with R3 to develop a wide range of DLT-based systems to be used by large-scale conglomerates.

In April 2018, SBI Bank LLC, a giant financial institution in Russia run by SBI Group, joined R3 DLT consortium with a vision to make common cause with hundreds of banks within the consortia in testing DLT products.

“We regard blockchains as the core of FinTech innovation and are working on various measures both in Japan and abroad. Through this effort, we believe that we can contribute to the progress of the global blockchain field,” SBI Group revealed at the time.

Earlier in 2018, in an interview with CNBC, XRP CEO Brad Garlinghouse revealed that the firm plans to bring many big banks onto its DLT network.

“It’s been an incredible 2018 for us. We’re now signing up one bank to a production contract per week. We announced that we signed the largest bank in Kuwait, the National Bank of Kuwait, so it [Ripple] continues to build momentum and the dynamic there is the network effect. The more participants, the more value in joining. So we’re seeing that momentum build,” Garlinghouse revealed.

The rollout of MoneyTap, a mobile App that uses XRP to process cross-border transactions, and the new project of SBI Group to utilize Ripple more widely could underprop the mid-term vision of XRP to integrate Ripple into the existing infrastructure of top financial institutions.