Is it True That Anyone Can Buy a Cup of Coffee at Starbucks Using Bitcoin? 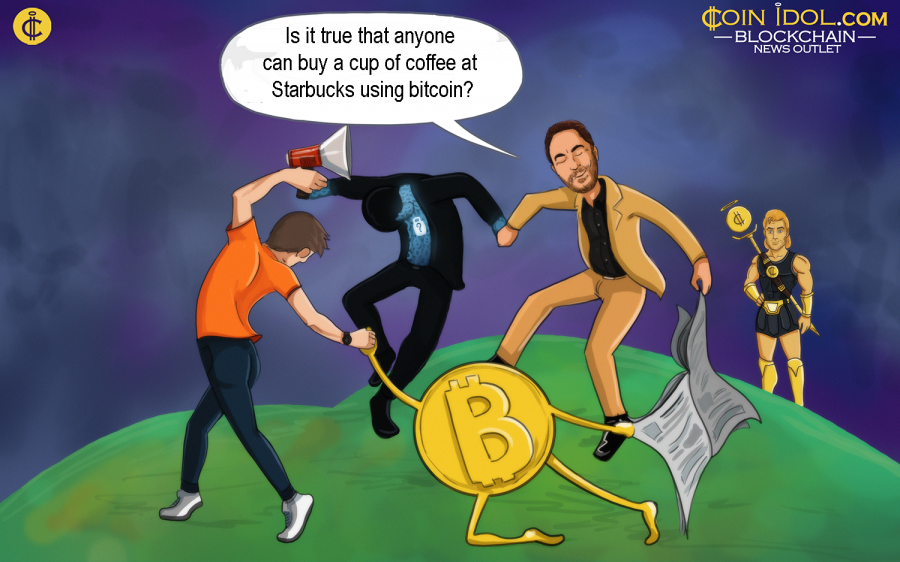 Earlier this month, Starbucks partnered with Microsoft, Intercontinental Exchange (ICE), and BCG to establish a new digital currency company Bakkt. The project will allegedly allow customers to buy their favourite beverages at Starbucks with bitcoin (BTC).

"It's very big news for bitcoin because people say, 'Where can you spend it?' Now at every single Starbucks," Brian Kelly, founder and CEO of BKCM was quoted by CNBC. "Starbucks is seeing some kind of demand for acceptance of crypto and bitcoin, and to tie up with a huge regulated institution like the ICE is really positive for the space."

Starbucks now participates in the Bakkt platform, which will provide users and institutional investors with a global ecosystem for buying, selling and storing digital assets. The launch of the project is expected to be held this autumn. Bakkt will also use Microsoft cloud to create an open and regulated digital asset ecosystem.

Given virtual coin volatility, some people have a skeptical attitude towards its use as a matter of payment. For instance, bitcoin has lost more than half of its value since December last year. Moreover, the bitcoin price can experience many changes during the day which can cost hundreds of dollars.

However, if Starbucks takes fintech seriously, bitcoin may await a breakthrough soon. It can also mean a bullish trend for prices, which have had no significant footing since late 2017.

Starbucks will not accept bitcoins, but the company wants to help people spend it. The new venture will act as a crypto exchange that will allow clients to convert their crypto coins into US dollars to spend in Starbucks coffee shops. The role of Starbucks in this partnership is consulting and developing applications.

Tags
Starbucks Bitcoin Coffee Exchange Bakkt Microsoft Companies Digital currency
Most Popular
May 16, 2021 at 11:30
News
3 Reasons Why Payment Service Platforms Switch to Blockchain, Facilitating the Adoption of the Tech
May 16, 2021 at 10:35
News
Chainlink Rally Stalls at High of $52 as Altcoin Retraces for More Upside Momentum
May 16, 2021 at 09:29
News
Uniswap Range-bound Between $36 and $44, Attempts to Breach Recent High
May 15, 2021 at 12:40
News
Low Orbit Crypto Cannon LOCC Lottery Draft Occurs Every Hour | Stake Once to Enter All Upcoming Drafts
May 15, 2021 at 11:20
News
Dogecoin Resumes Fresh Uptrend as Buyers Recoup Above $0.40 Support
More