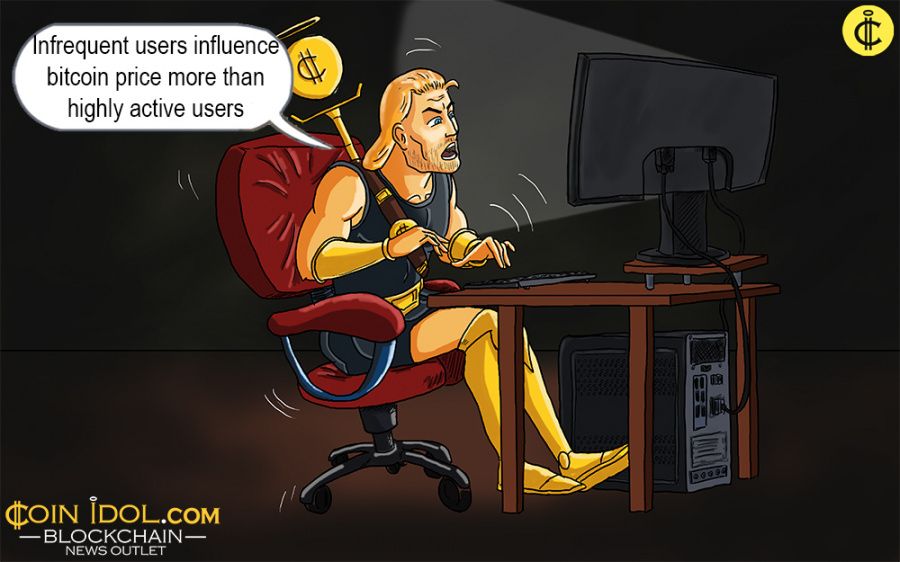 Feng Mai, an experienced researcher at Stevens Institute of Technology based in New Jersey, conducted an investigative study on how "Social Media" influences bitcoin price. The social media users regarded the silent majority as more credible due to the ken that they didn't have any hidden agenda.

"Interestingly,  social media's effects on bitcoin are driven primarily by the silent majority,  the 95% of users who are less active and whose contributions amount to less than 40% of total messages," reads a portion of the research paper's abstract.

Mai in collaboration with a team from the University of Cincinnati, Ivey Business school and Dickinson College analyzed 3.4 million tweets and 344,000 Bitcointalk forum posts that took a period 2 years not forgetting that the tweets were gathered in a period of just two months.

"To leverage the effects of social media influence on bitcoin markets, investors should actively follow the most influential people in a social network to collect market information much more efficiently. However,  the power of the silent majority should not be ignored, as we show that their sentiments can be the more important metric in predicting the movement of future prices," a research paper concluded.

The impact of tweets was normally seen within sixty minutes while forum posts could take almost a day to note a reaction in the crypto market. This was because investors could reply tweets at an intraday level, and the forum posts, the discussions were much deeper since market reactions were highly notable at the daily level.

From June 25, the cryptocurrency market has stabilized relatively at almost $250 billion, fighting to initiate an upward and downward movement. Bitcoin volume stays low at $3.2 billion which will make the market in the short term not to sustain its current valuation.

A great many major investors and analysts revealed this week that new money and other forms of capital should be introduced into the crypto market for giant cryptocurrencies such as Bitcoin,  Ethereum, and other digital assets to rise significantly in both volume and price.

Hyland pointed out 4 great reasons as to why the crypto market is nearer to a bitcoin ETF, saying that the determining factor will be the appearance of more trusted custodian solutions.