Indian Government is Willing to Support Blockchain with a National Framework 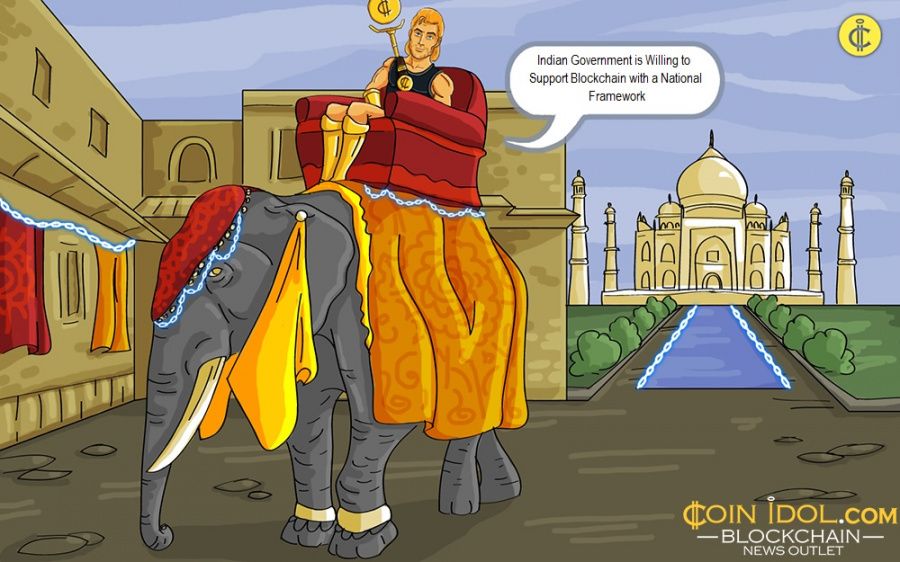 The ministry of electronics and IT (MeitY) in India revealed on November 27, 2019, that the government is formulating an approach document regarding a National Level Blockchain Framework that tackles the advantage of the groundbreaking blockchain and distributed ledger technology (DLT) plus the urgent need for a collective facility for various applications.

Through an official letter, the state minister for IT Sanjay Dhotre issued guidelines answering queries related to blockchain technology from members, the lower house of the parliament (Lok Sabha).

Particularly, some members of parliament including Parvesh Singh Verma asked whether the Indian administration had fortified and carried out study into the prospective use cases and applications of blockchain and DLTs, and if at all they did, what were the final findings.

Blockchain has Potential to Change Many Things

The MeitY has acknowledged that Blockchain Tech is a great area of research since it can be applied in various domains including Governance, Public Administration, Banking and Finance, Tourism, Agriculture, Cyber Security, etc.

The letter shows that the government has already set up a Distributed Centre of Excellence in DLT, an imitative which creates and carries out massive study on blockchain technologies, smart contracts, cryptocurrencies and their potential applications.

This initiative is run by Indian government as well as other big research organizations, such as the Centre for Development of Advanced Computing and the Institute for Dev’t and Research in Banking Tech.

In this particular project, the organizations have launched a DLT network for property registration at Shamshabad District, created proof-of-concept solutions for Know-Your-Customer, trade finance, and Cloud Security Assurance. A veer of blockchain and DLT projects which are under development in India are also underway.

In October this year, an IT company from India partnered with a blockchain application incubator from Netherland so to offer safe, transparent and fast digital financial payments.

While India might be welcoming blockchain tech, it has gone ahead to create regulatory challenges for all Bitcoin and cryptocurrency companies operating within the country.

Back in July, the financial authorities especially the Reserve Bank of India suggested that it was going to fine and sentence anyone caught using cryptocurrency, and because of that statement, many firms dealing in digital currencies including Facebook feared to launch some of their products because of the challenging regulatory matters.