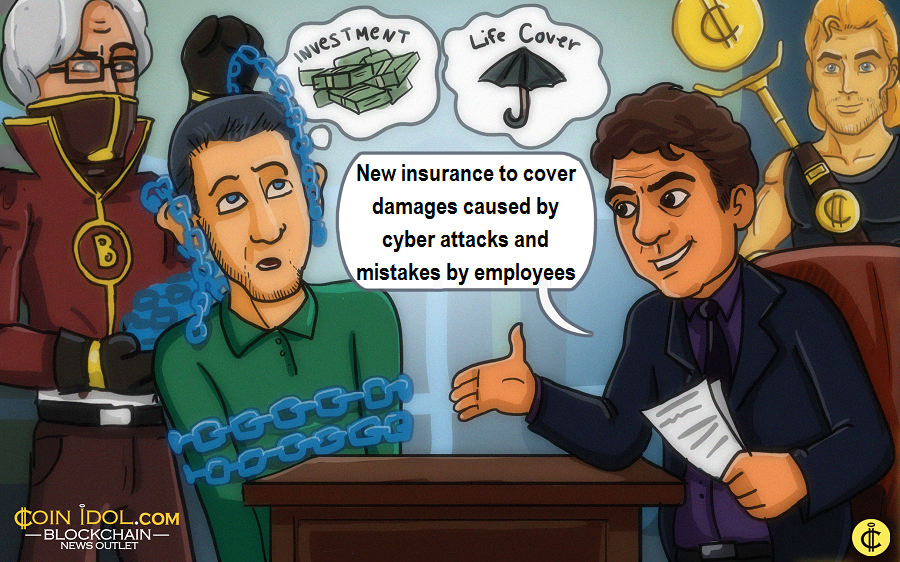 Blockchain companies struggle to get on the insurance market. InChain, a decentralized insurance platform based on Ethereum smart contracts, has announced the closure and failure of its Initial Coin Offering (ICO) after it couldn’t raise the desired funds.

The InChain insurance platform project was supposed to mitigate risks associated with total or partial losses of crypto assets due to cyber-attacks or hacks. All investors, who have already supported the project during the ICO, will get a refund.

“Dear friends,
Despite all your outstanding support, we regret to inform you that we have been unable to reach our fundraising goal.
Many thanks for your help and lots of very interesting and sometimes challenging questions.
Everybody who invested their funds will be refunded soon according to our terms and conditions.
All the best,
Inchain team”

Bitcoin insurance to flourish in Japan

The insurance industry is often nominated as the best field for Blockchain technology implementation, as it will help to reduce costs and allow consumers to achieve insurance policies safer and faster. Recently, five major European insurance and reinsurance companies have partnered on a new Blockchain Insurance Industry Initiative, or B3i.

To date, there are not many insurance companies that are ready to deal with damages in the cryptocurrency market.

In the meantime, another Blockchain-based insurance project was recently announced to be launching by Mitsui Sumitomo Insurance, one of the largest insurance companies in Japan.

This insurance project was developed in partnership with bitFlyer, one of Japan’s largest bitcoin exchange operators, and is specifically designed to cover losses and damages caused by cyber attacks and even mistakes by employees at bitcoin exchanges in Japan. Moreover, according to the report, the total insurance coverage will be ranging from 10 million yen ($89,000) to 1 billion yen.

However, the launch of the new Blockchain-based insurance project by Mitsui Sumitomo Insurance was announced this week, on November 24, and we can’t assume at the moment if it’s going to be successful.