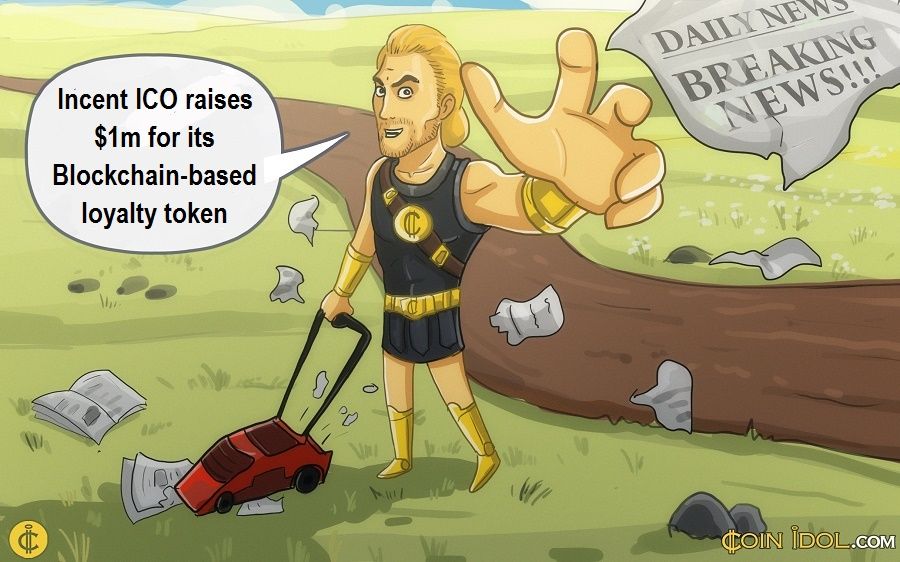 The Incent token crowdsale began on October 1, 2016 and continues until November 30, 2016 or until its cap of $5 million USD has been raised. Funds will be dedicated towards the development and marketing of Incent.

“The goal for Incent was to create a token of steadily increasing value, driven by organic market demand which also benefits our ICO investors,” said Rob Wilson, CEO of BitScan. He continued:

“As we continue to partner with merchants to reward their customers with Incent, we look forward to seeing the value of Incent rise and to more companies recognizing its benefit as a loyalty solution.”

Incent was created in a partnership between cryptocurrency directory and merchant hub BitScan and custom blockchain token platform Waves with the goal of making loyalty programs easy for businesses of any size to create. Unlike traditional mainframe, client-server, or even cloud-based solutions, Incent lets merchants choose their level of reward, then pools it with rewards across the network so there is no contingent liability. Incent represents the first high-profile development built upon the Waves Platform. BitScan has already developed the proof-of-concept wallet for Incent, and has more than 9,000 merchants who accept Bitcoin in its directory, providing a viable market for the first phase of Incent’s market entry.