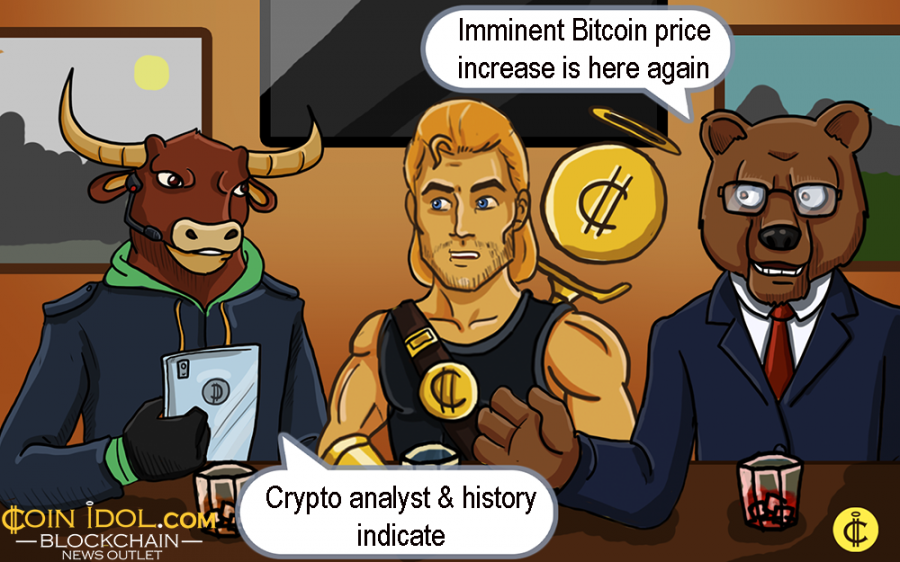 Since early last year, cryptoasset investors have been caught in prices declines, fake news, accounts of fraud etc. which have weeded out the weak speculators.  Eventually, this has created a community of investors that more likely believe in the nascent technology or doubt that another wave of speculators will push the markets back to or above their antecedently accomplished all-time-highs.

Recently, a new theory concerning the future of bitcoin (BTC) – that will certainly lead the direction of the whole crypto market – has appeared on different social media platforms which uses historical drifts to forecast future market trends. 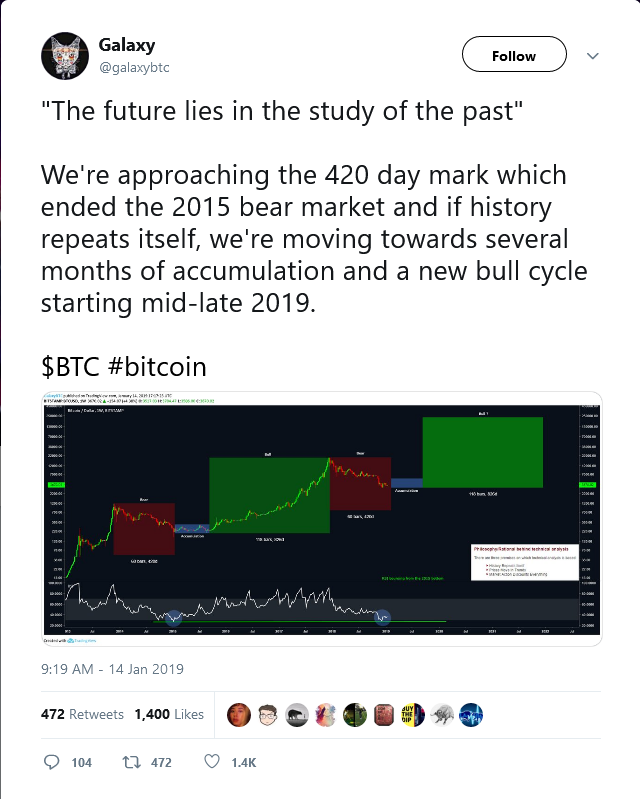 Galaxy, a famous cryptoasset analyst on Twitter, previously discussed the possibility of an impending bull run considering BTC’s historical drifts, telling his approximately 50,000 followers that the future lies in the analyzing of past events.

“We’re approaching the 420-day mark which ended the 2015 bear market and if history repeats itself, we’re moving towards several months of accumulation and a new bull cycle starting mid-late 2019,” he revealed this while citing a chart that indicates the 2014 bear market that lasted until 2015.

Even though last year’s bear market has not yet appeared for some good period of time, the blueprints between the two markets seem to be impinging identically, which could imply, as Galaxy revealed, that BTC will enter into an accretion time that will be continued by another parabolic market characterized by rising prices for securities.

A similar forecast was conducted by a technical indicator employed by crypto traders to predict the future performance of BTC. The GTI VERA Bands Indicator ascertains timely information regarding the performance of BTC to project the cryptoasset’s doings in the future. On the face of it, the tool previously gave an odd signal which showed a major price rise is hulking.

The Directional Movement Index (DMI) – a technical indicator, indicated that the purchasing pressure for BTC is highly increasing. This measure has been very steady all through the bear market.

The chief analyst at eToro, Mati Greenspan, is optimistic that BTC has a lot of work to do before users regain trust in the crypto. Particularly, Greenspan said that the crypto must increase more than $7,500 for investors to turn bullish about it.

It’s only the future that will tell whether the analyses presented by the various technical indicators are valid or not. However, the optimistic predictions provide a respite for investors who have suffered losses for the good part of 2018.