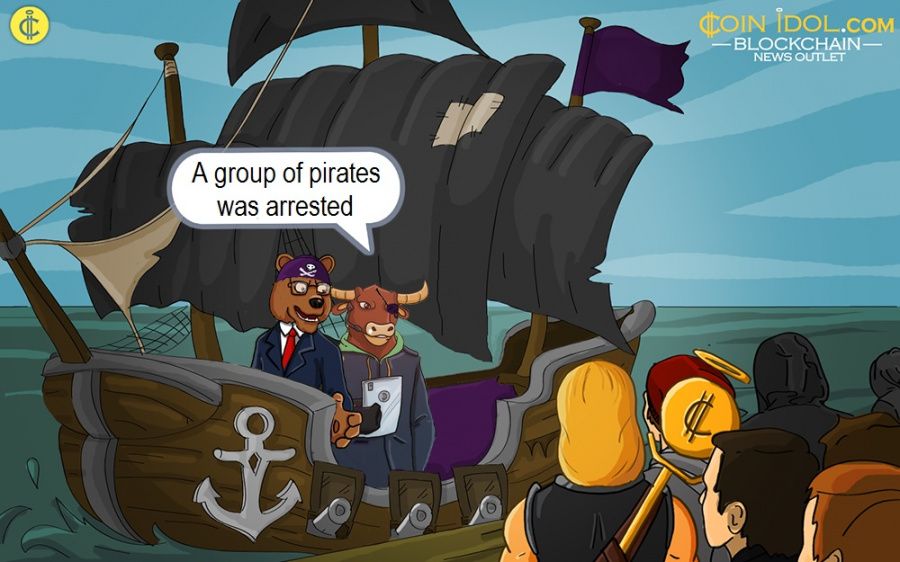 Another group of criminals exposed by European police. This time it was a group of pirates running their own streaming service with over 40,000 channels offering various kinds of content.

Curiously enough, the service has been working for over 5 years and had more than 2 million subscribers. It offered high-quality content and even had its own customer support, according to Europol, a European police coordination agency. Who would have thought they were ordinary pirates?

Using cryptocurrency to cover their tracks?

The group was operating from various countries in Europe, but mostly from Spain. During the police house search campaign, officers confiscated over 50 servers operating in nine countries. The average income the service generated amounted to 15 million euros ($17 million). They offered various payment means including cryptocurrency.

On one hand, it is no wonder that such a group uses cryptocurrency for payments. Due to its anonymity, it would be much more difficult to track down transactions and figure out their aim. But what is more curious is that the group accepted other, much more trackable means of payment like PayPal and bank transfers. Generally speaking, the services they offered were of the same quality as that of popular legal streaming services like Netflix.

The issue of price

No one would argue that piracy equates to stealing. However, pirates can not be compared to scammers or fraudsters striving to take people’s money and give them nothing instead. In this case, people were paying for a cheaper alternative to other streaming services. Therefore, the only party that suffered from such kind of activity was legal streaming services.

However, the existence of piracy is partially their own fault. As they increase their prices, users are forced to seek cheaper alternatives, thus making piracy a solely economical phenomenon. So as long as there will be the issue of cheaper prices, there will be pirates offering people the same services for less money.

“The background threat of piracy means that the subscription video-on-demand services will have the ongoing threat of piracy as a pricing factor,” Media Research analyst Tim Mulligan told Bloomberg.

Generally, the first half of 2020 has seen a significant surge of illegal activity due to the outbreak of coronavirus. As people were forced to stay at home, with many having lost their jobs, they became easy targets for fraudsters and scammers. Besides, some of those who lost their income might have turned to illegal activity in need of money.

As coinidol.com, a world blockchain news outlet has reported, scammers used various schemes to reach out to users and trick them out of money. However, this activity can hardly be compared to piracy as it causes much more harm. While the above-mentioned streaming service was doubtlessly illegal, it caused much fewer losses than schemes operating to steal money.

Tags
Streaming Police Service Piracy Money Cryptocurrency Payment Income
Most Popular
May 08, 2021 at 11:25
News
There is Fire in the Cryptocurrency Market As Dogecoin Could Be the Next Big Thing
May 08, 2021 at 10:26
News
Polkadot Attempts to Breach $40 Resistance, Lacks Buyers at Higher Price Levels
May 08, 2021 at 09:39
News
Ethereum Continues Its Bullish Run As It Attempts to Jump Over $3,750 High
May 07, 2021 at 12:43
News
Ripple Faces Stiff Resistance at $1.70 High as Bears Attempt to Sink XRP to $1.00 Low
May 07, 2021 at 10:39
News
Revolut Users Will Gain Stronger Control of Their Bitcoins with New Withdrawal Feature
More