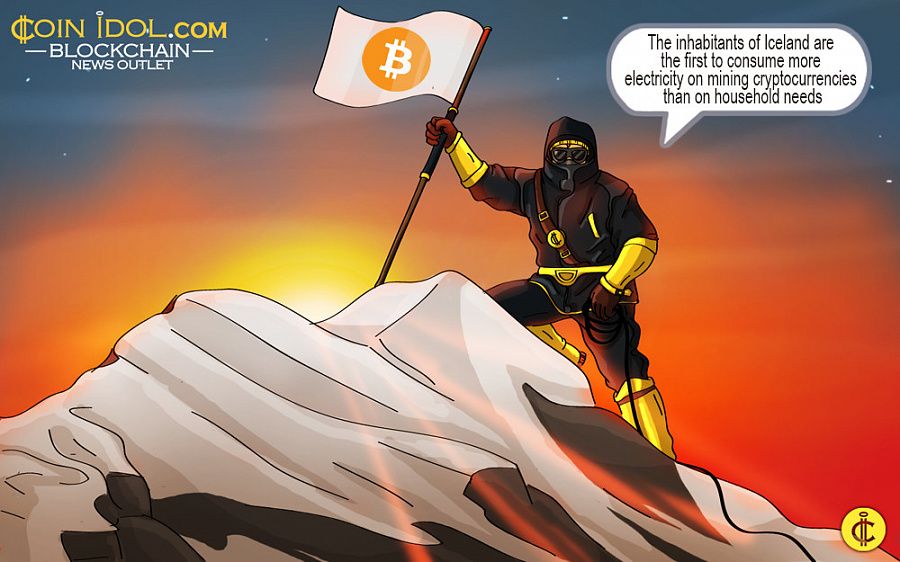 The inhabitants of Iceland are the first to consume more electricity on mining cryptocurrencies than on household needs. Perhaps it was possible due to magma-fuelled power plants. Volcanoes supply the island with a cheap and copious form of renewable energy.

Bitcoin mining is expected to hit 100 megawatts this year says Johann Snorri Sigurbergsson, a manager at energy firm Hitaveita Sudurnesja in an interview for the Associated Press. He said:

"Four months ago, I could not have predicted this trend—but then bitcoin skyrocketed, and we got a lot more emails"

"Just today, I came from a meeting with a mining company seeking to buy 18 megawatts," he added.

Besides, Sigurbergsson told that he thinks that the bitcoin market will surpass the roughly 700-gigawatt hours that all Icelandic homes require.

Iceland, a Nordic island country with a population of just 340,000, is powered by renewable energy, mainly geothermal, hydroelectric, and wind.

Current bitcoin news reports that Iceland is the first country in the world where cryptocurrency mining within one nation has overtaken productivity of electricity. So, why did it happen to be Iceland? The answer is really simple: location and volcanoes. Such creations of Mother Nature provide Iceland with a copious and inexpensive form of renewable energy. Hydroelectric and geothermal plants working on the island reduce the wholesale price of power, which lets bitcoin miners make higher profits as they run their computers in a non-stop mode.

The country, situated at the northernmost tip of the Mid-Atlantic Ridge, also has another benefit – it’s location full of magma. The Arctic air drives down the necessity to invest in expensive air-conditioning for the server rooms – essential, as the special machined used to mine most cryptocurrencies produce enormous amounts of heat when running at maximum efficiency.

Many bitcoin farms can be found in Keflavik, the southwestern town where Reykjavik International Airport is placed, around 50 kilometers southwest of the capital city. The Icelandic air is a natural cooler for the data centers and helps to keep costs down.

According to The Wall Street Journal, the small town of Wenatchee, Washington, has also turned into a hub for bitcoin mining, again due to relatively inexpensive hydropower. As China is allegedly considering decreasing the number of bitcoin mining processes, world companies are seeking alternatives for mining locations, including Canada.