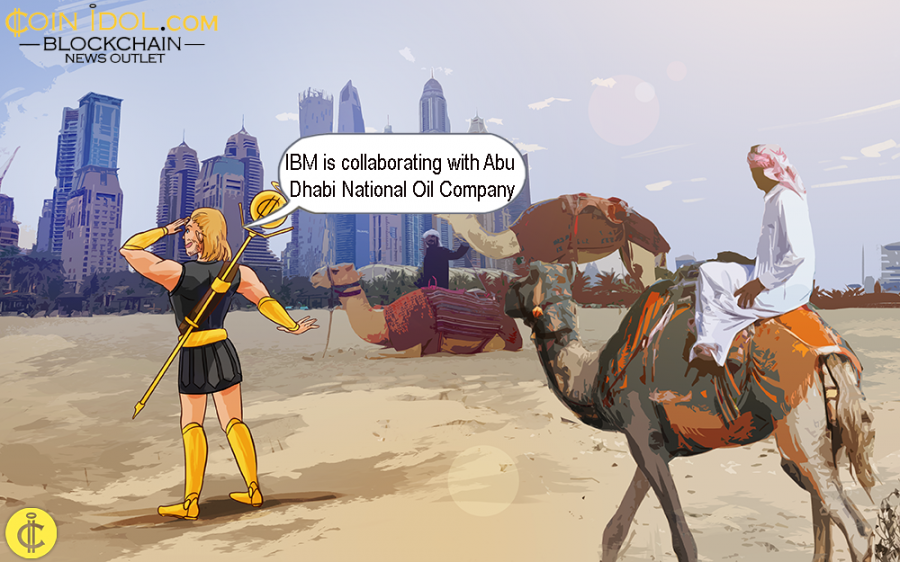 IBM is collaborating with Abu Dhabi National Oil Company - ADNOC, a state owned oil firm in the UAE, to pilot a blockchain technology supply chain system, per an official press release published by ADNOC on December 9, 2018. The blockchain technology application can be leveraged in natural gas, gas, condensates, liquids, oil and sulphur.

The press release revealed that ADNOC is purportedly one of the globe’s top energy & petrochemical groups, able to produce around 3 million  barrels of oil on a daily basis and 10.5 cubic feet of natural gas.

According to the press release, the project offers a common platform which tracks the amount and financial values of every bilateral transaction made between the participating firms automating the accounting.

The structure had been announced by Abdul Nasser Al Mughairbi, the ADNOC Digital Unit Manager, at the World Energy Capital Assembly that took place in London recently. He said that this is the first application of distributed ledger technology (DLT) in oil and gas industry.

Another IBM representative, Zahib Habib, revealed that the system facilitates the capacity to effectively track, irrefutably, each molecule of oil and gas, and its exact value, all the way from the well to the customer.

Customers and investors are more likely to be allowed to access the information in the future such that they give seamless integration to all stakeholders, according to ArabianGazette.

Furthemore, ADNOC is optimistic that the system will have a positive impact on both the firm and the clients. It said:

“The system will reduce the time it takes to execute transactions between [its] operating companies and significantly increase operational efficiencies across its full value chain. It will also improve the reliability of production data by enabling greater transparency in transactions.”

Earlier last week, there was a roll out of a DLT-based processing tool from VAKT, that was created for an initial team of crude oil industry users like BP, Mercuria, Shell and Gunvor.

In september, 2018, IBM and Walmart, a U.S-based retail corporation, partnered to create a DLT-based food security program, as coinidol reported. Walmart requires all of its outlets that supply leafy green vegetables to record sales information on its DLT-activated solution by the month of september 2019.