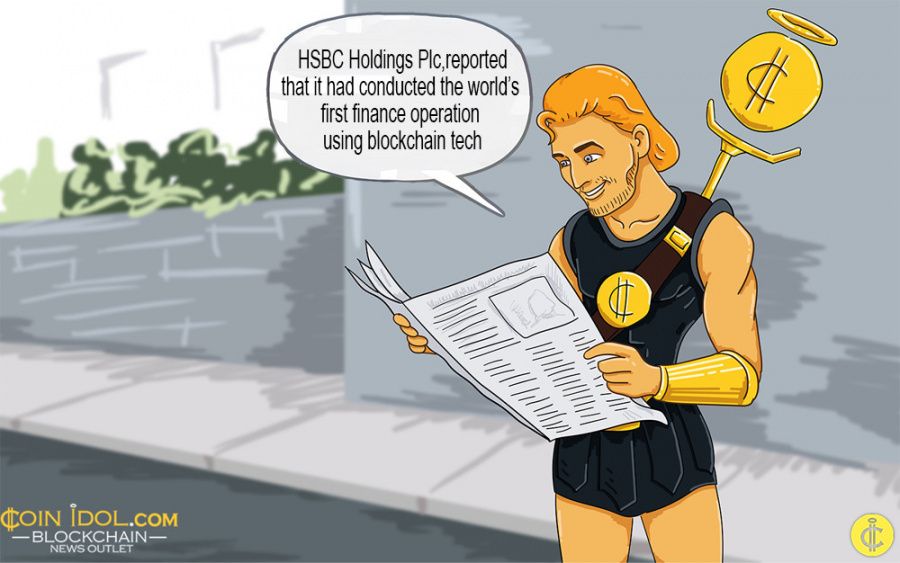 One of the largest financial services companies, HSBC Holdings Plc, reported that it had conducted the world’s first finance operation using blockchain technology. The financial technology is expected to improve the efficiency of financing international trade significantly.

Vivek Ramachandran, HSBC’s global head of innovation and growth for commercial banking, said in the statement:

“With blockchain, the need for paper reconciliation is removed because all parties are linked on the platform and updates are instantaneous”

London-based financial market giant HSBC gave a letter of credit to ING, a Dutch financial services and banking corporation with headquarters in Amsterdam. The matter of lending became a shipment of soybeans traded by American food and agriculture firm Cargill.

Generally, a bank issues a letter of credit to another bank as a guarantee that a seller will get a payment under certain conditions. Using a traditional way of payment, such transaction takes a lot of time and requires a vast amount of paperwork. However, blockchain tech is created to make this process easier and faster.

Despite the fact that previously there were trade finance transactions performed via blockchain and combined with other technologies, the transaction for Cargill demonstrated the first use of a single distributed digital application, HSBC pointed out.