How Bitcoin Price is Controlled by Dark Markets 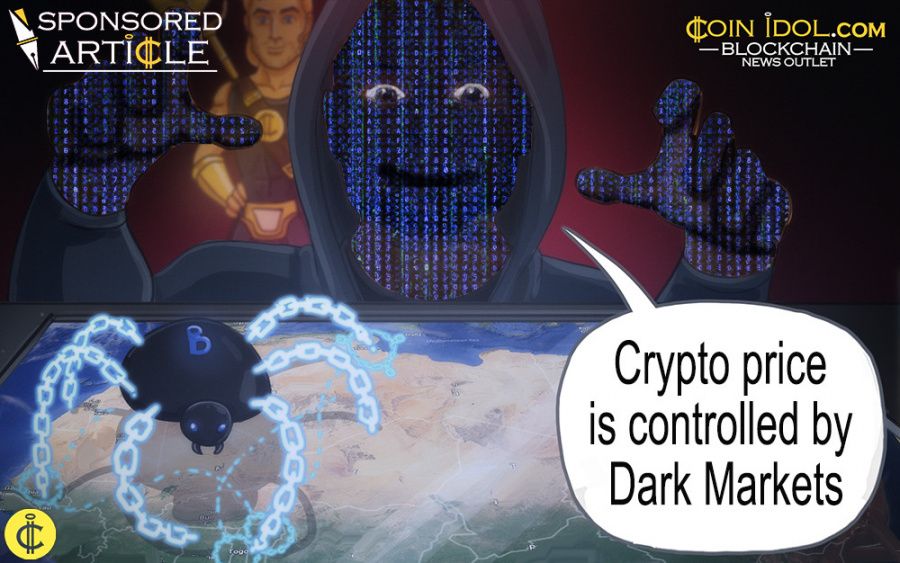 You hear stories like that all the time — someone bought, mined, or get payed in Bitcoins in 2011, dumped old computer, and then — bam! — the coins are worth 4 000 $ each in 2017. There is no use crying over spilled crypto milk — very few saw that coming. But what caused such massive cash influx into Bitcoin? Why it makes USDs — the backbone of the fiat financing — seem like a worthless peace of paper? Is BTC just a bubble? There is aт answer that no one talks about.

Dark markets are Tor-powered, anonymous libertarian marketplaces, offering everything you can’t buy in Walmart— stolen IDs, cards, drugs, guns, pirated content. In general dark markets are ultra secure and anonymous, because the payments in crypto are anonymous thanks to tumblers or mixers, that basically use coinjoin protocol to launder cash. But most of the time FBI manages to find a way to either DDoS or shed a light on one or two markets each year. The first mainstram market Silkroad was founded by a “pro-free-economy” Ross Ulbricht aka Dread Pirate Roberts. By the way, do you know what blew his cover? He loved his nickname ‘frosty’ too much.

The Silk Road gathered over one million users and USD 1.2 billion in sales. Let’s see whether we can connect the dots. Silk Road peak popularity was in 2012–2013. Here is a scrutiny of Silk Road operations — partly courtesy of Ross Ulbricht trial, during which all BTC addresses were uncovered.

Here is a chart from 2012 representing Silk Road development: 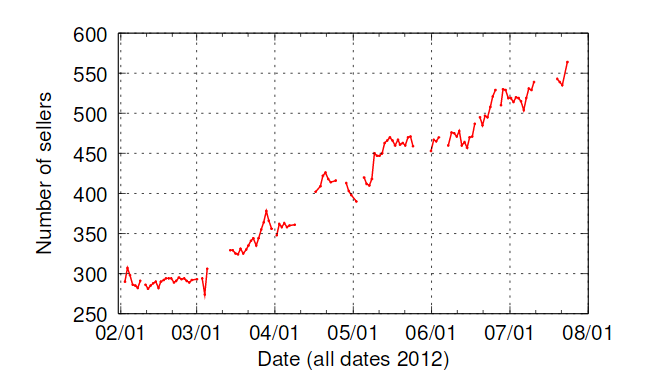 And here is a Bitcoin price chart at that time: 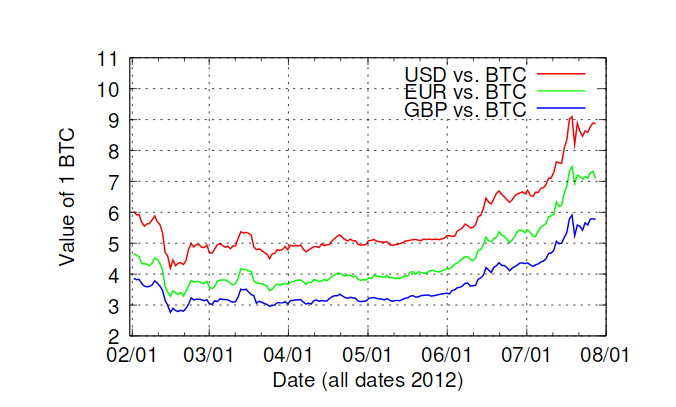 As you can see, the figures correlate proportionally. Bitcoin derived its worth from utility as a currency in a place where traceable fiat currencies were unusable.

But Bitcoin is clumsy now — it is slow and expensive to transact. However, people still flock to it as it is old and stable. Just like gold in the old times — to pay with gold, you have to put gold in a cart, harness it with horses and spend months and months to deliver the payment. Gold was old, well-known and valuable. Then came paper money. Then banks and obligations, and credit. Then credit cards. Then Bitcoin. And now we have altcoins, take Ethereum and Ethereum-based coins.

The second biggest darkmarket, Aplhabay, was recently shut down by the combined effort of US law enforcement agencies. Just when Alphabay implemented Ether support on March 18, 2017, Ether price soared to 50 USD, around a 300 percent increase. This is another example of how much markets influence crypto, and this can’t be ignored.

Although Ethereum devs do not actively promote the use of Ether as currency, but rather focus on promoting it is as a platform for DApps, it is still the second most used currency in payments. It’s popularity as a platform made it stable and developed. Right now, CEO of Ethereum world Vitalik Buterin is delivering a scalability solution: Plasma. 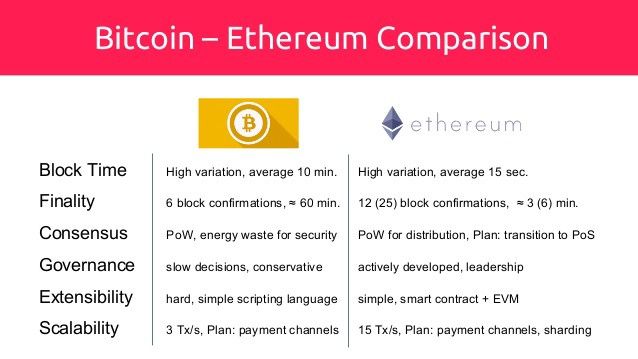 There are tons of other cryptos as well. Many of them are developed on the Ethereum platform, and that means they are mined on Ethereum blockchain (merged mining) and transferred between ordinary Ethereum wallets. This adds to stability, popularity and value of Ethereum. Though the network becomes often times too crowded when there is a big ICO.

So, Ether is beautiful — it is speedy and cheap. It’s market cap is reaching BTC levels, but with it being said, there is still no way to buy Ether anonymously, no LocalBitcoins for Ether and its tokens. Centralized exchanges require ID and phone number verification — a long and complicated process, where passports, IDs and bank statements/utility bills should be submitted, even for small payments. This is overregulation.They can also control their price in any way they want, and define for themselves which token they want on their platform. The latter is especially painful for the ICO crowd. LocalBitcoins.com introduced a peer-to-peer exchange system in 2012, and it has been enormously popular ever since. The price offered there is truly the best market price, and all BTCs are bought and sold quickly and privately with any way you want: cash deposit, card transfer, mobile payments, electronic payments, you can even schedule a meeting IRL and change the cash for Bitcions. All of this is secured by an automatic escrow system, supplemented by arbitration/dispute resolution from LocalBitcoins staff. LocalBitcoins also generated tens of millions in profits, taking 1% fee from every advertised deal.

If you support privacy and believe that Fiat-Ethereum gateway control should be spread around, have a look at Ethereum peer-to-peer exchange CoinsOpen.com. During ICO, it will sell tokens that will evenly get all of the exchange profits in form of dividends, the process that is transparently powered by an Ethereum smart contract. All of the exchange commission addresses and turnover will be transparent and easily verifiable. Every 15 days, a smart contract distributes 100% of the exchange profits between 21 000 000 tokens in form of Ether. Exchange is closed-source, for-profit and operates on lowest fees, and also has a convenient escrow and dispute resolution system, and no ERC20 token will be denied from the exchange.

We believe it will boost the Ethereum ecosystem and allow for anonymous acquiring of Ether, which in turn, will lead to Ethereum acceptance as a payment method in all places where fast, cheap payments and privacy are a concern.