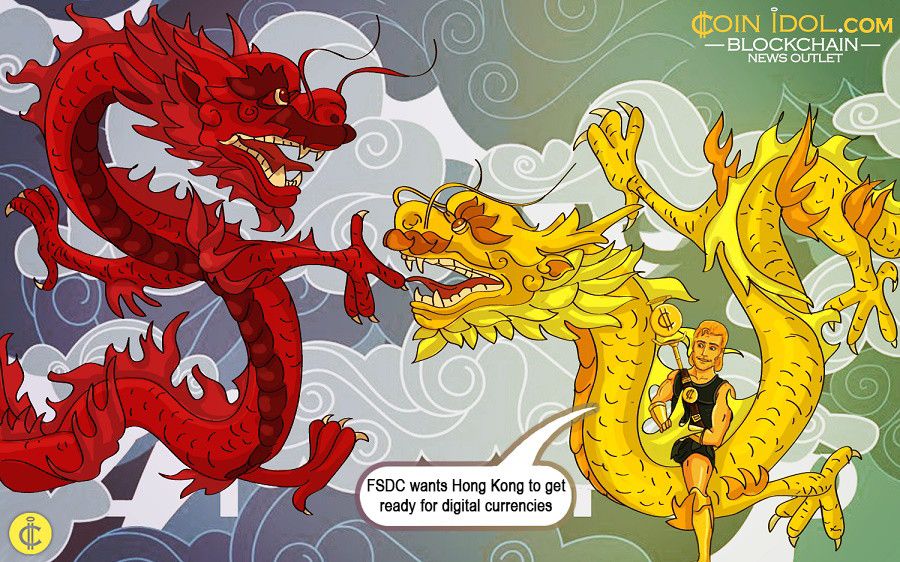 The Hong-Kong government might accept Bitcoin as official digital currency and issue their own digital RMB. What are the chances of that?

“Ensure that the Hong Kong financial system and legislative and regulatory framework are positioned to capitalise on the likely issuance of digital RMB by the Mainland Chinese authorities.”

Is there really a possibility of that? Coinidol conducted a survey of experts to find out what they think or predict in relation to the idea that Hong-Kong might actually have its own digital currency.

It is widely-known that China has a conservative approach to cryptocurrency. If they adopt any changes, they do it slowly. Therefore, most experts share a similar opinion on this issue. “It is possible, but unlikely”.

Leonhard Weese, an expert in Bitcoin and Information Security, Mentor at Hong Kong based, a SuperCharger Fintech Accelerator for startups and more established tech companies aiming to capture the Asian growth market, and former regional director at MonetaGo, a company to work with financial institutions and central banks around the world to implement private permissioned blockchain solutions for intra and interbank payments stated to Coinidol: 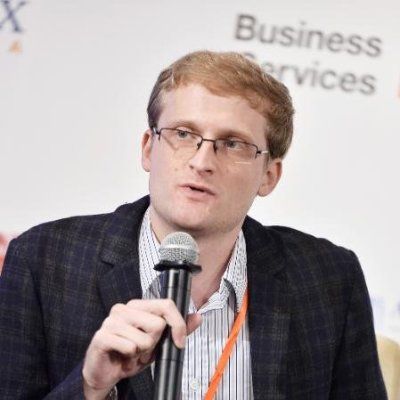 "In my assessment Hong Kong will not be a leader in this. Our regulatory system takes pride in its predictability and stability, meaning that changes (positive and negative) only happen very slowly.
Hong Kong will classify Bitcoin as a 'virtual commodity' for many more years to come, and will only revisit that classification long after USA, UK and Europe do.”

Jacky Lee, living in Hong Kong, and  former Front-End Web Developer at ANX INTERNATIONAL, a Financial Technology company that is helping companies and institutions harness the advantages of Blockchain for payments and digital assets, shares this opinion:

"I don't see how Hong Kong can officially endorse any sort of crypto matter until China solves the issue of their fiat funds leaving its borders via cryptocurrencies.
The way blockchain businesses runs in Hong Kong, widely depends on the fact that Hong Kong has not made any official acceptance/forbiddance to the crypto field. Take BitGame Labs for example, a company attempting to legalize under-aged gambling in e-sports by using cryptocurrencies. This type of business exists because we're treading on a grey area, i.e. lack of regulatory measures. If the government is forced to play a hand right now in regards to crypto, it will likely be a negative move, all because we answer to China."

There is a Place for Development

Despite the issues Hong-Kong and China are obviously facing, some experts believe there is a chance for change.

Hans Lombardo, Co-Founder of Chain of Things,  a company that is seeking development on a ‘future resistant’ open protocol solution to bring the Blockchain technology and Internet-of-Things together states that “despite all issues, the Chinese government has been actively researching blockchain technology and the possibility of setting up a centralized national digital currency”. He told Coinidol: 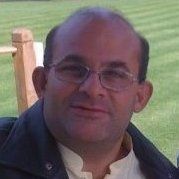 “China's development in both these areas is definitely a reality. Thus Hong Kong authorities are playing catch up so that the Special Administrative Region can have a role to play in national developments on both cryptocurrency and blockchain tech for distributed applications. Moreover they hope to catch up with other markets like Singapore, Japan, Korea, Taiwan in these developments.”

Aurélien Menant, Founder and CEO of Gatecoin, a regulated bitcoin and ethereum token exchange based in Hong Kong also has some faith in Hong-Kong’s chances of having their own cryptocurrency:

“The HKMA recently announced that they are prototyping a digital currency for use in B2B payments and debt securities settlement and the findings from this research are set to be released by the end of the year. However, it’s unknown whether the HKMA is considering the development of a Hong Kong Dollar (HKD) linked cryptocurrency to replace cash and facilitate more secure retail and P2P payments.
China’s central bank has already announced their intention to transform China into a cashless society. Due to the scale of talent and innovation in Mainland China it is difficult to replicate such a transformational initiative in Hong Kong, which although a global financial center, maintains a very conservative approach to fintech innovation.” 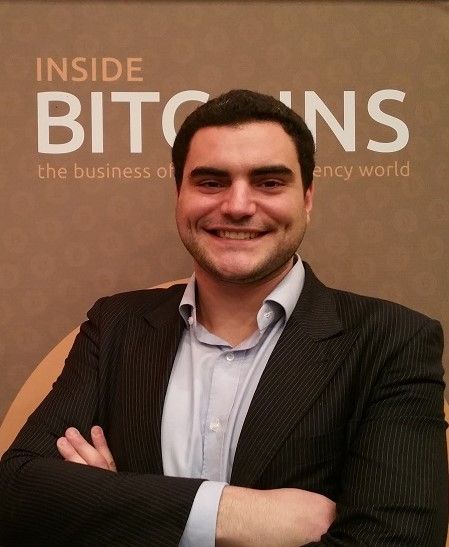 On the other hand, he admits the country faces some issues with the conservativeness of their approach towards cryptocurrency:

“The HKMA has maintained a very conservative approach to bitcoin and cryptocurrencies since they became aware of the technology several years ago, so it is very unlikely that the HKMA will design some bespoke regulation to accommodate bitcoin exchanges in the territory, as the Financial Services Agency (FSA) did in Japan. Perhaps the Securities and Futures Commission (SFC) may decide to regulate certain aspects of bitcoin trading, such as derivative products, but there has been no mention of their intentions so far. If the Mainland develops a digital RMB, businesses in Hong Kong will be forced to accept this new cryptocurrency, given that the territory relies on being a part of and a gateway to China. A digital RMB would also spur the faster development of a fully digital HKD, so that the Chinese Central Bank may be closer to the goal of ushering in a cashless society throughout the People’s Republic.”

Another expert, Sopheap Lao, the creator of blockchain-based XNotes Technology, Founder and CEO of the XNotes Alliance and Phileas Investment Limited, a Crowdfunding Private Equity Company in Hong Kong, seems to share this opinion. She told Coinidol: 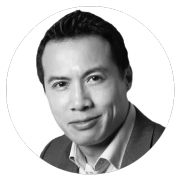 "HK's Government is known to be very conservative and more of a follower than a leader, although it is also known to have a free market policy. Regarding the official recognition of Bitcoin as a currency, HK will certainly follow Mainland's steps. However, I do not think Bitcoin or any virtual currency will ever be banned in HK.

Digitisation of RMB is now part of the RMB internationalisation process. I see it mainly as a political tool to unify monetary policies in HK, Macau and even Taiwan. Here again, HK will just follow."

Too Dumb to Accept Cryptocurrencies?

Some experts are expressing quite radical opinions about Hong-Kong and cryptocurrencies. An expert in the cryptocurrency market who wished to remain anonymous, told Coinidol:

“Trust me, I have working with the regulations in HK, the the authorities are too dumb to accept cryptocurrencies.”

However, another expert, a co-founder of a Hong Kong based, proprietary digital currency trading firm, specializing in quantitative and high frequency trading, with trade volumes of 200000 BTC on average every month in more than 40 exchanges around the globe, and former Software Engineer at UBS Investment Bank, who wished to remain unnamed, seems to be less sceptic about the HK government, though he admits they definitely face some issues:

He also thinks the government won’t accept Bitcoin as an official digital currency, as Japan did. He added:

“Not for BTC in short term. HK people generally are conservative on their investments. The public and media in HK still think BTC is risky / only for money laundering/ paying ransomware. No triggering point for HK gov to consider to make it "official". Given the knowledge of the government and the legislative council about IT and latest technology I don't think this can happen any time soon.”

Tags
Bitcoin Digital currency Hong-Kong Government China Technology Finance Blockchain Cryptocurrency
Most Popular
Jun 29, 2022 at 13:10
Price
Bitcoin Cash Falls Significantly But May Hold Above $102
Jun 29, 2022 at 12:16
Price
Cardano is in a Tight Range as It Poises to Break $0.44 Support
Jun 29, 2022 at 10:50
Price
Weekly Cryptocurrency Market Analysis: Altcoins in Recent Rallies as Bulls Continue to Purchase on Dips
Jun 28, 2022 at 12:31
Price
Litecoin Is in a Sideways Movement After Reaching the 60 Dollar High
Jun 28, 2022 at 11:11
Price
Ripple Faces Rejection at $0.38 as It Risks Further Decline below $0.34
More