A Healthy Environment For Ethereum Trading Is Underway 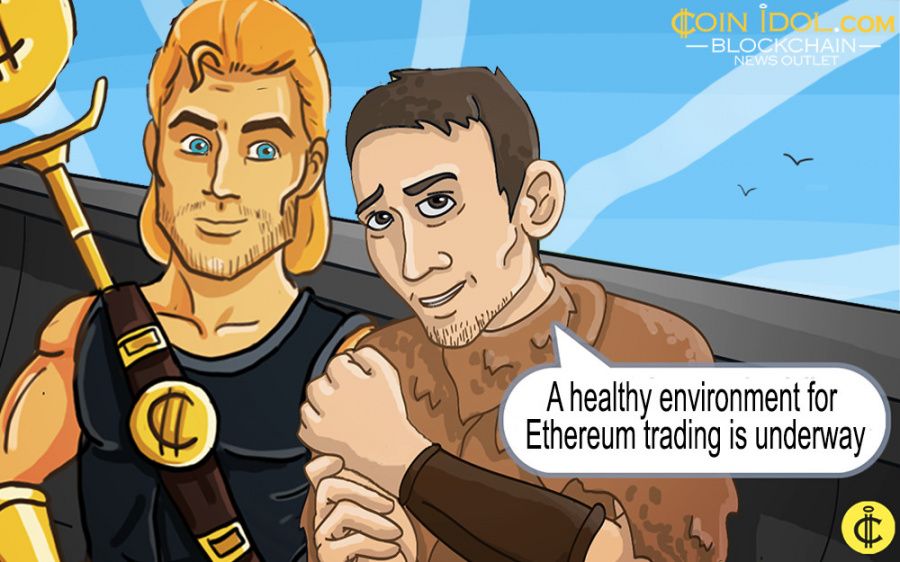 The Ethereum blockchain and its ERC20 standard have become the most popular underlying technology for numerous tokenized projects, reaching a market cap of over $30 billion. While bitcoin remains the most capitalized cryptocurrency, Ethereum is the top choice in terms of functionality and applicability. However, the infrastructure for the latter is actually lagging behind.

The Autonomous NEXT report states:

"Early phase of cryptocurrency market development focused on who will be the “digital gold” – and Bitcoin won through the largest developer and adoption ecosystem. However, current battle is for other functionalities, such as global decentralized computing or smart contracts infrastructure."

Unlike said “digital gold”, Ethereum was created as a decentralized system for smart contracts. It can, and without a doubt does, act as a cryptocurrency, but it can also be applied widely outside purely financial activities. The number of projects built on the Ethereum blockchain grows rapidly, as well as the need for an adequate trading infrastructure for ETH itself and a variety of ERC20 tokens.

There are numerous cryptocurrency exchanges of all kinds and many decent marketplaces among them offer at least ETH/BTC or even several other Ethereum trading pairs. Yet, the existing solutions, both centralized and decentralized, fail to provide either sufficient reliability, simplicity, or an assortment of trading pairs.

Despite the irony of using the centralized non-anonymous platforms to trade assets that are valuable for their decentralized nature and somewhat anonymity, the most popular cryptocurrency exchanges and marketplaces of today are centralized entities. Currently, centralized exchanges offer the benefits of advanced trading functionality, high liquidity and, therefore, faster settlement.

The list of centralized crypto-exchanges includes large popular projects such as Poloniex, Bittrex, and BTC-e. However, there are also notorious titles like Bitfinex, Shapeshift and MtGox, involved in now legendary hacking cases with millions of lost dollars, which illustrate the notion that centralized solutions may put clients’ funds at risk. In fact, any centralized entity is at risk of regulatory restrictions, hacking, or bankruptcy. Some of them simply lack competence, some may have malicious intents and the means to exercise them. The bigger the exchange in question, the bigger the impact it may have on the market when going down.

The need to exchange ERC20 coins for other cryptocurrencies or fiat money won’t go away anytime soon. Therefore, in order to exchange funds without extra intermediaries and without entrusting them to any centralized entity, one should go for a decentralized solution.

All trades made through a decentralized marketplace are handled entirely by smart-contract algorithms and are inherently peer to peer. The main advantage of decentralized exchanges is that users don’t need to trust the operating company or to rely on its security precautions, since the funds are kept in users’ personal wallets.

On the other hand, while losing to their centralized counterparts in terms of liquidity and ease of use, decentralized exchanges don’t require users to disclose personal information if the operation doesn’t involve bank transfers. And if they do, the data is shown only to the other party of the deal in question. Additionally, a distributed exchange model eliminates the risk of system downtime due to maintenance or technical issues.

The concept of a distributed p2p trading protocol is gaining popularity, bringing lots of new projects into the market. On of those is Bitsquare, an open-source exchange ensuring fair trading with a decentralized multi-signature escrow and using TOR to allow privacy. The Bitshares platform and its web-based version Openledger allow users to trade the native BTS tokens, crypto assets pegged to other currencies or commodities backed by BTS, and user issued crypto assets representing currencies, commodities, shares or other objects of value.

There are lso a number of existing and upcoming solutions particularly focused on ETH and Ethereum-based token trading, but the majority of them offer only a semi-centralized environment. For example, the EtherDelta platform for ERC20 token trading offers a blockchain-based settlement mechanism, but a centralized off-chain order book. Another one is Ethfinex — an extension of the Bitfinex platform acting as an informational and trading hub dedicated to ERC20 tokens, currently on its way to decentralization. At the moment, the only entirely decentralized Ethereum-centered solution available is Cryptolocator — a venture-funded p2p marketplace offering a wide range of payment methods and trading pairs for ETH, other altcoins, and fiat money, allowing users to choose the convenient terms for their deals.

There are plenty of ways to trade ETH and Ethereum-based tokens for crypto and fiat currencies, facilitated by major centralized platforms and numerous smaller decentralized projects. However, most trading platforms offer a very limited number of ETH trading pairs, so the demand for Ethereum-centered platforms, while not inferior to those of Bitcoin in terms of security, convenience and liquidity, is not completely fulfilled.

All of the above highlights the notion that the trading infrastructure for Ethereum in particular is currently underdeveloped and the mature go-to solution is yet to come. However, promising initiatives, such as Cryptolocator and Ethfinex, have the chance to become cornerstone solutions in the healthy and efficient trading environment of tomorrow.