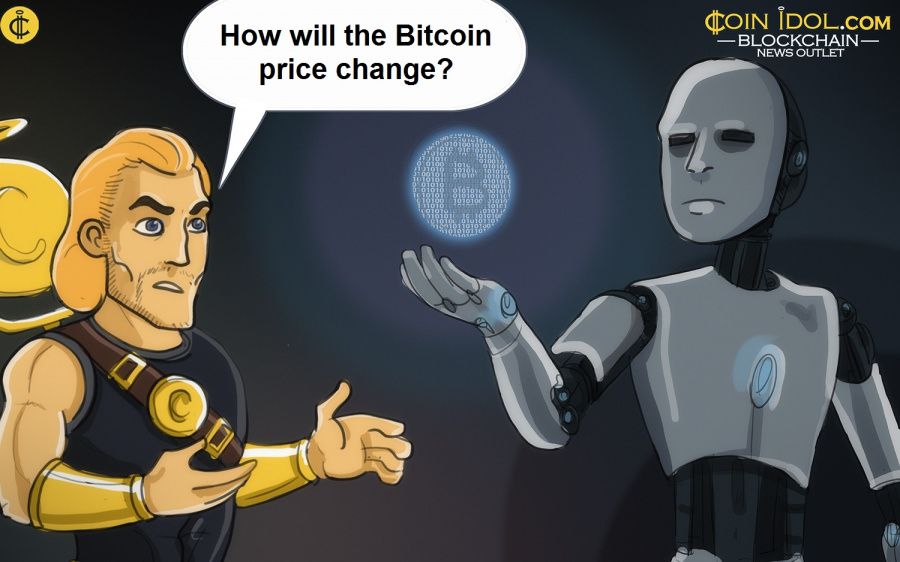 As per the report by the US Securities and Exchange Commission (US SEC), the company got these coins at an average purchase price  (PP) of nearly $24,214 per BTC and an aggregate PP of $2.211 bln, meaning that it now has a profit of over $3 bln, hence making it one of the biggest whales in this nascent lucrative industry.

MicroStrategy has been making a series of Bitcoin purchases. Every time the company invests in the industry, the price of Bitcoin has to change. For instance, when the biggest independent publicly traded BI firm invested nearly $425 mln worth of BTC in August and September 2020, the value of Bitcoin skyrocketed from $9k to $12k, as per the report by CoinIdol, a world blockchain news outlet. An additional 19,452 BTC investment on February 24, 2021, initiated the price of Bitcoin to increase from $47,213.50 to $51,948.97 (Feb 25). 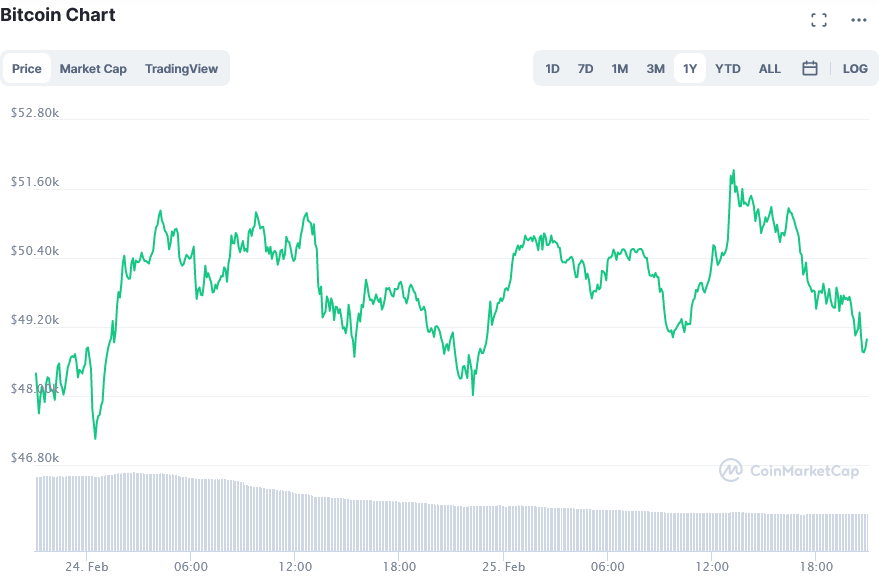 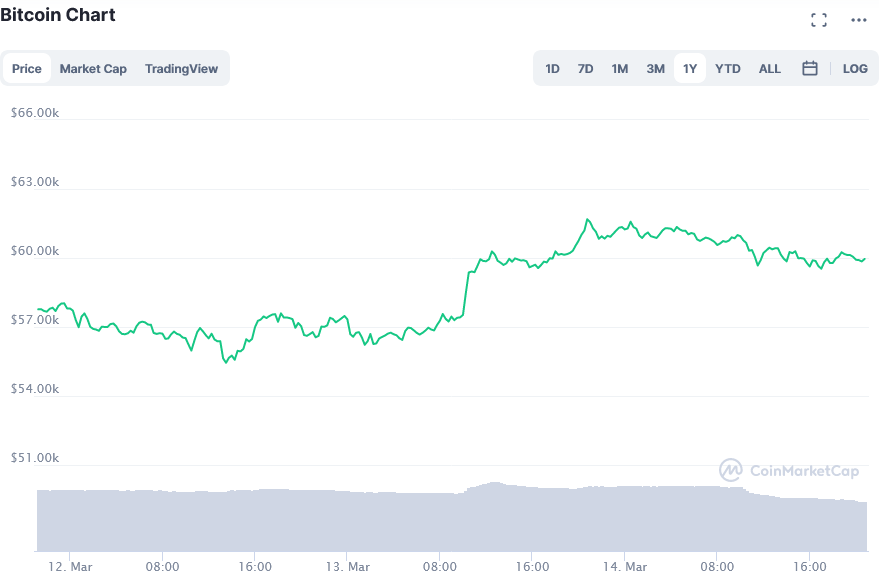 Now, the recent investment of 253 BTC into the industry, has triggered the trading volume of Bitcoin, the largest cryptocurrency by market cap (MC) to soar by about 24%, meaning that the coin is currently facing a bull run in the market. The news caused excitement among the cryptocurrency community which led the price of BTC to grow from $57,694.83 (Apr 5) to a temporary 24h high of $59,891.30. 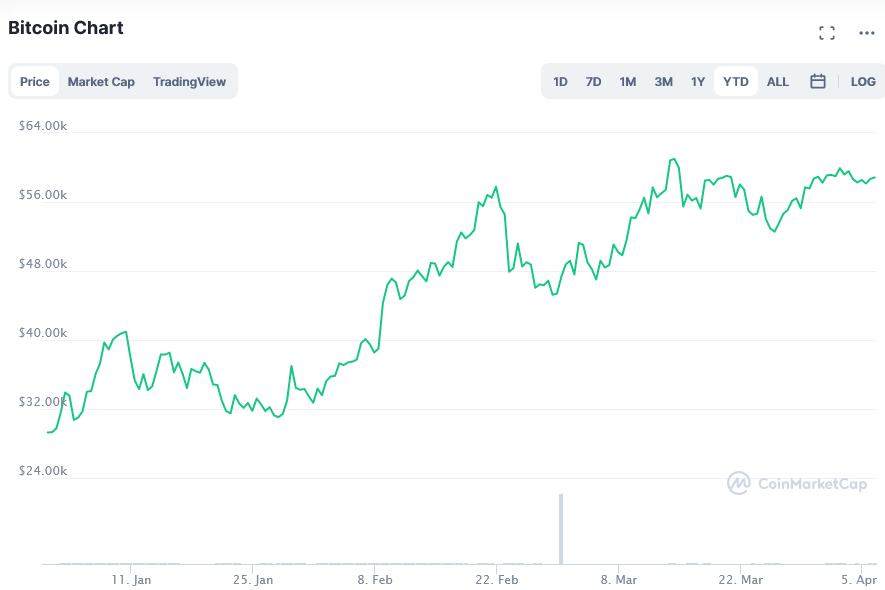 The officials of MSTR including CEO Michael Saylor have been giving a series of interviews about why the company is interested in cryptocurrency. In these interviews, Saylor usually cited BTC’s performance track record, store of value use case, as well as its unprecedented price appreciation potential over fiat currency. 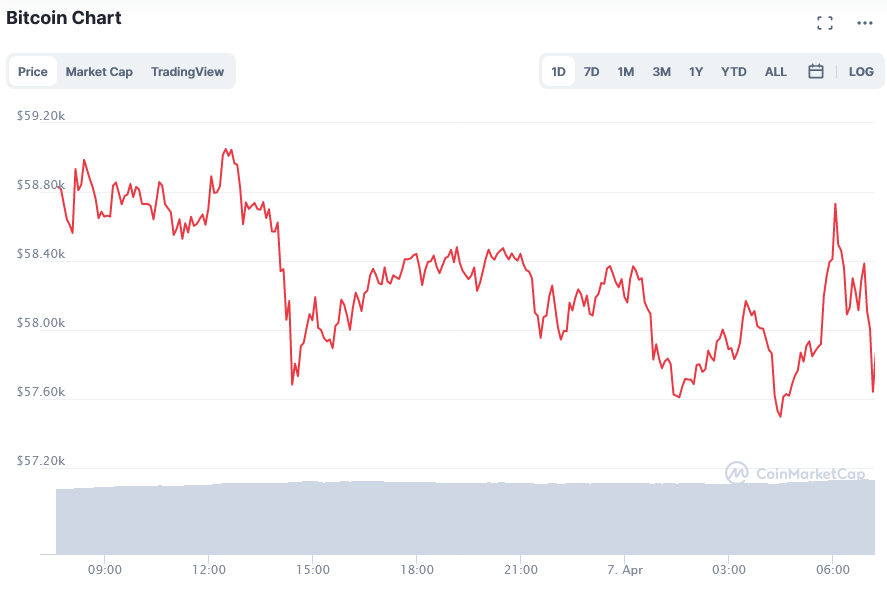 Recently, BTIG, an investment banking service provider, instigated coverage of MicroStrategy with a “buy” rating and gave a BTC price projection of about $95k by the end of next year (2022). Several institutional investors such as J.PMorgan, Tesla, BTIG believe that bitcoin is analogous to other valuable assets including gold.

Generally, big investments into the cryptocurrency industry increase the demand for coins, adoption and use of virtual currencies, and also tend to positively influence the price of the particular digital currency being purchased for investment purposes.