Google Tries to Kick out Cryptocurrency Miners From its Mobile Store 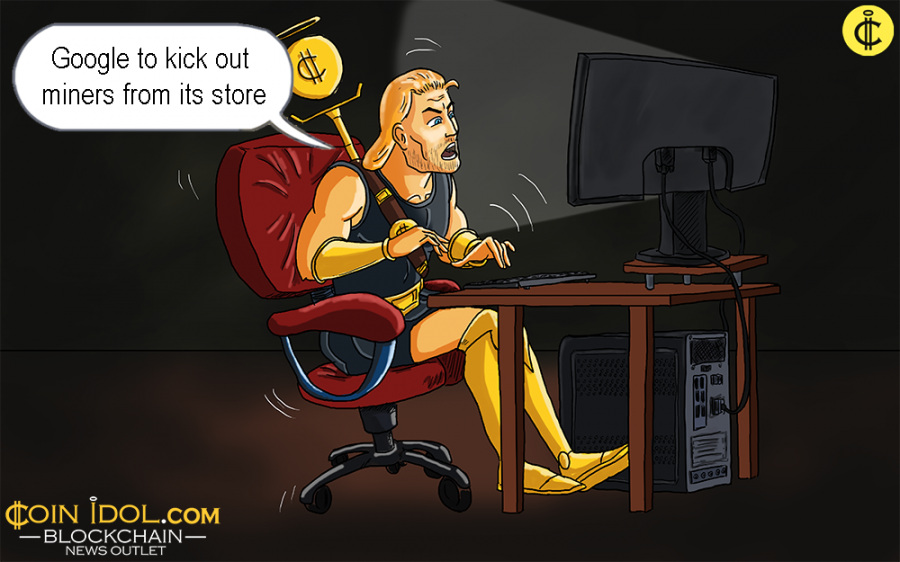 Google is set to get rid of all apps that involve digital currency mining in its Play store. The company explains that such programs endanger children and pose a threat to Android users. A new policy update, that bans crypto mining tools, was released last week.

Having updated the policy, Google wanted to shut down all dubious ventures that encourage users to utilize crypto mining applications. However, apps that help to manage the process of virtual coin mining are allowed. The move comes after the technology giant prohibited crypto mining extensions from the Chrome Web Store in April. The reason for the ban was claimed to be the developers of malicious software who aim to take advantage of the resource with the help of users.

In addition, the company claimed it will ban practices that imply to be for children but contain adult materials. Such apps won’t be accepted to the Google Play store as a measure of protecting children from inappropriate content.

All the story with hidden sexual data has initially started from YouTube. There were some videos with a Disney label, like the Frozen cartoon, that in fact contained adult themes. Now the issue has spread on mobile apps too.

To the apps prohibited by the new Google policy belong any piece of software designed to sell explosives and ammunition. Besides, it is also planned to clean up applications with low quality, similar content, and large amounts of ads promotion.

Tags
Google Cryptocurrency Mobile Mining Companies Android Update Digital currency
Most Popular
May 02, 2021 at 11:54
News
South Korea Announces Testing of CBDC Right After Imposing a New Tax Framework; Is It a Coincidence?
May 02, 2021 at 10:36
News
Chainlink Breaks Initial Resistance at $38, Eyes $44 Overhead Resistance
May 02, 2021 at 09:14
News
Uniswap in Minor Retracement, Set for More Upside Momentum
May 01, 2021 at 12:54
News
Russia is Going to Establish a Special Department for Exploring Artificial Intelligence
May 01, 2021 at 11:58
News
Dogecoin Price Pushes To The Upside; Can Bulls Breach The $0.45 Resistance Zone?
More