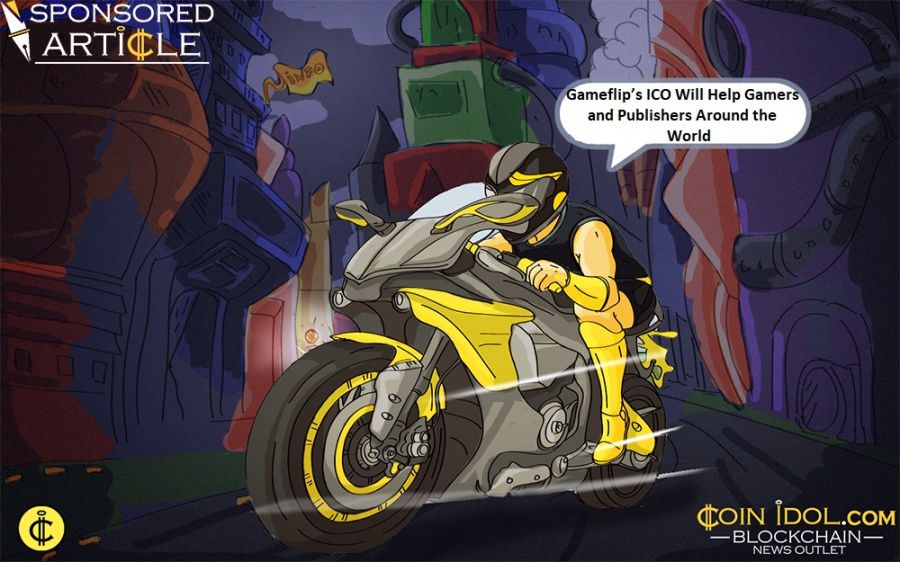 If the name Gameflip rings a bell, it is probably due to its history in the gaming community or recent ICO pre-sale which achieved 112% of its target.

Gameflip is part of the emerging breed of Silicon Valley startups turning towards the ICO market, despite being backed by top investors and having years of traction. For these established and experienced companies, an ICO is a chance to connect with arguably just as powerful of a community in crypto and help build an extension of contributor ownership, transparency, and security on the blockchain.

Gameflip entered the crypto scene in 2017 as a Silicon Valley-based, 2 million member-strong global digital goods marketplace for gamers. With more than 500,000 active monthly users, Gameflip transactions total millions of dollars in digital goods each month. Being backed by VCs such as Lightbank, Bullpen Capital, and GoAhead Ventures has allowed Gameflip to build out a team of highly experienced entrepreneurs, advisors, and investors. The core team previously built Aeria Games into a $100M game publishing business, an experience that has grounded the team and led them to carve out their current path in the crypto community.

Digital gaming is a booming industry that already generates $94.4 billion a year. Most of this revenue is driven by the sale of items that gamers purchase directly from publishers. But despite this growth, the industry has locked away a trillion-dollar opportunity: secure transactions of gamer-earned goods (the skins, weapons and other rare items earned while playing through the game).

JT Nguyen, CEO of Gameflip and former COO of Aeria Games, quotes, “I’ve seen how this issue affects gamers (and the industry as a whole). Many gamers spend immense amounts of money and time to try to earn rare items. But what happens when they try to optimize their inventory of gamer-earned digital goods or decide to leave the game? There’s no secure, liquid marketplace for them to buy, sell or trade their items within or across games.”

Publishers as a Key Stakeholder

Besides clear consumer benefits, FLIP is designed to drive value for publishers as well. Every time a gamer conducts a transaction with FLIP on a partnering publisher’s digital goods, the publisher will receive a generous commission. This new revenue stream is made possible by FLIP’s open-sourced plug-ins and SDKs that track blockchain transactions of publisher goods.

This win-win scenario was vital during the early stages of the idea and was driven by Gameflip being led by a team of highly-experienced gaming executives with direct experience dealing with, and often being, publishers. From witnessing scams on online communities to seeing publishers being non-existent in most, if not all, ICOs, Gameflip has found a way to incentivize both gamers and publishers, making it the first ICO to offer a value proposition targeting both sides of the coin.