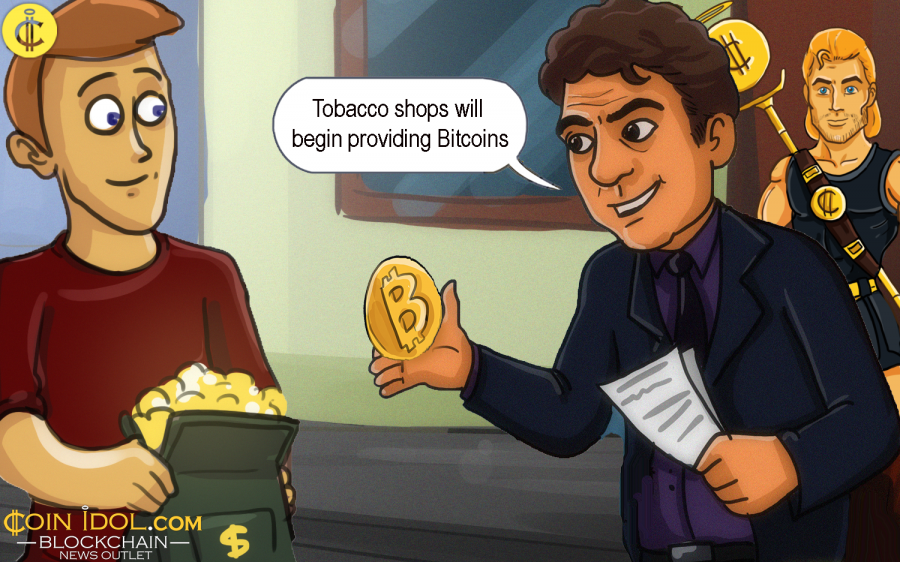 French tobacco shops, places where customers go to purchase cigarettes and lottery tickets, will begin providing Bitcoins to clients from early 2019 through a deal with Keplerk, a giant French fintech firm.

Keplerk revealed that is has agreed a contract with a native cash register software provider to offer tobacco shops the chance to trade Bitcoin (BTC), the flagship crypto of the world, to their clients, according to LeParisien, a local news outlet.

The Best Channel to Sell Bitcoin

The owners of the tobacco shops will have to sell clients a voucher which can be used to get BTC through a digital wallet that is owned by Keplerk. The fintech company revealed that its the first mortar and brick shop to trade BTCs in the whole globe.

"Tobacco shop owners are the best channel as they are trusted by customers and they are used to sell vouchers such as credit for mobile phones," Adil Zakhar, Keplerk's director for strategy and development, revealed.

The fintech company has been working on the project to sell BTCs, especially to retail investors, for around 18 months now.

French regulators, like the Bank of France, have cautioned savers about the possible risks involved with crypto investments.

The Bank of France revealed on Wednesday, November 21, that it doesn't oversee the Keplerk initiative:

"Those are purely speculative assets and not currencies. Those who invest in bitcoin or other crypto-assets do it at their own risk."

There are around 24,000 licensed tobacco shops in France, and they have already variegated to sell lottery tickets, giving credits to cellphone operators, and music/video streaming service providers.

Keplerk also revealed that it will finance the project by imposing a 7% commission fee on each transaction made.

Bitcoin and other cryptos have attracted a variety of investors, and some are optimistic that it can reshape world finance by substituting traditional methods of payments. Several people are allured by hasty gains which triggered it around $20,000 in December 2018.

In May 2017, Coinidol reported that President Macron Emmanuel embraced the use of cryptocurrencies and blockchain technology in France. He said:

“Financial regulation to allow experimentation of blockchains dedicated to the market of Bonds…If the experimentation is conclusive, the government could extend it to unlisted securities in order to promote the emergence of an SME exchange.”