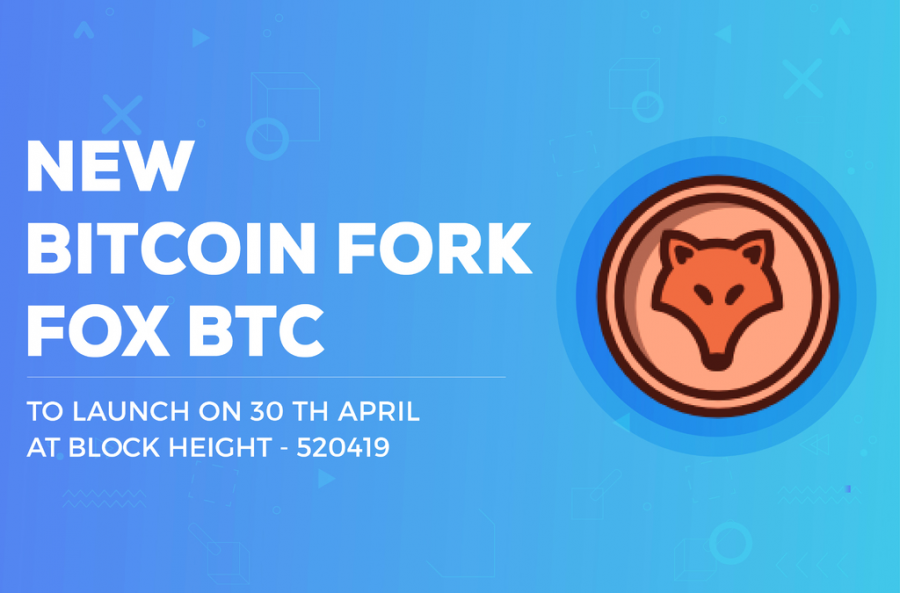 FoxBTC have announced a hard fork to be launched and performed by tech company Z-Magnetars on April 30th 2018.

After some popular hard forks of the bitcoin blockchain in 2017 such as Bitcoin Cash and Bitcoin Gold, a new fork is on the horizon and an exciting one at that. The FOXBTC hard fork, performed by tech company Z-Magnetars will happen on April 30th at block height 520419.

Why are Forks Important?

The decentralization of bitcoin enables anyone to change its protocol and technical specifics such as mechanism, block size, block interval, mining incentives etc. 2017 was the year of the first major bitcoin forks with two coins really standing out – Bitcoin Cash and Bitcoin Gold.

Bitcoin Cash aimed at improving scalability of bitcoin by increase block size to 8MB. While it’s arrival on the scene was received with lots of skepticism, it’s price peaked at $3900 with a market cap of $65 billion. Its biggest disadvantage however was mining centralization as a few larger pools were dominating it.

Bitcoin Gold was the other major fork in 2017 which occurred in October at block height 491407. The currency aimed at restoring decentralization of miners by enabling GPU mining. Bitcoin Gold in addition implemented a new Proof of Work mechanism and an Equihash function. The price peaked at about $490 with an all-time high market cap of $5.9 billion. With a number of other forks which occurred in 2017 and more so coming up this year, having access to every airdrop would enable users to reap the full value of bitcoin and its decentralized character. And the next fork, enables users to do just that.

FOXBTC aims to empower company-based forking in the crypto markets by enabling users to store and exchange any airdrop. Users will be rewarded on a 3,6 and 12 month basis through the FOX airdrop program.

Based on a hybrid Proof of Stake and Proof of Work mechanism which provides a 6% annual incentive for staking, the FOX BTC implements a standard GPU power mining with an incentive of 50 coins per block.

Similarly to Bitcoin,  FOX BTC will have a limited supply, with around 16.5M coins in circulation, 5.5M coins in the hybrid Proof of Stake + Proof of Work mechanism and 5M coins allocated for the airdrop, 1M of which will be held by the team of Z-Magnetars.

With 9  Bitcoin forks already executed in 2018 and at least 25 more coming up this year,  FOX BTC enables crypto users to have full access and control and airdrops. Users will be able to enjoy the true benefits of decentralization, bringing us one step closer to mass adoption of cryptocurrencies.

To learn more visit the Website:  www.foxbtc.io
Chat with the team on Telegram:  https://t.me/foxbtc

FOXBTC is the source of this content. This press release is for informational purposes only and should not be viewed as an endorsement by CoinIdol. We take no responsibility and give no guarantees, warranties or representations, implied or otherwise, for the content or accuracy. Readers should do their own research before investing funds in any company.