The Five Most Anticipated Ongoing & Underway Cryptoasset Projects of 2019 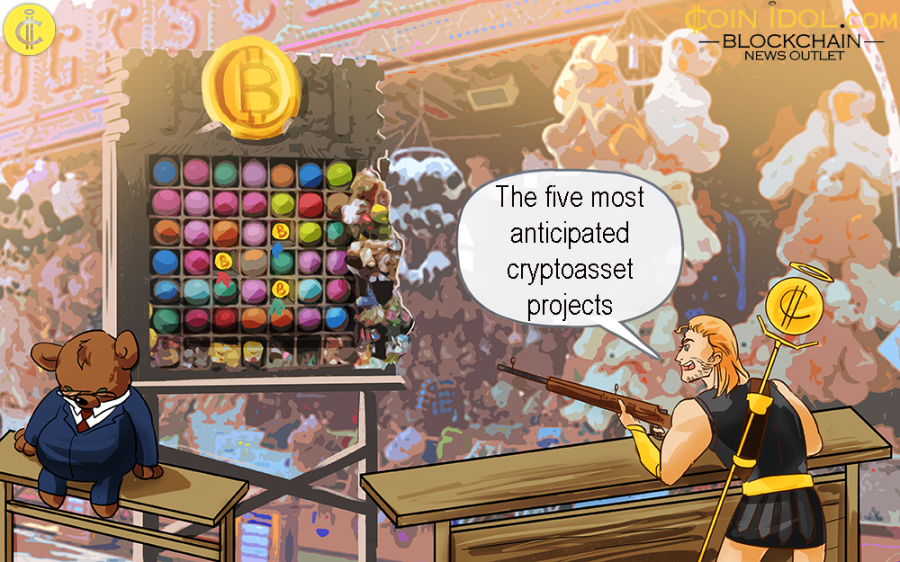 This is the most expected project next year because of very many clear reasons. Firstly, it was proclaimed that its launch will be in January, but according to other rumours, it could be suspended to February 2019. Secondly, it has to grant the entry of weighty capital from several institutional investors using Bitcoins (BTC).

There is too much anticipation on the implication of the market rollout of Bakkt, since this is the main objective of the project creators. The impact on the market seems to be actually positive.

Similarly, this also applies to BTC ETFs, where the U.S SEC is soon taking a long-awaited decision in February next year. The appetite for the decision has started weakening due to repeated suspensions.

Bakkt’s futures could flourish in acquiring a similar outcome to that of BTC ETFs though with limited uncertainty. As there are some small doubts about the US SEC approval of BTC ETFs, on the other side the approval of Bakkt’s future by CFTC is just a matter of time. Thus, the waiting on one side has decreased and on the other side, it has increased.

Nevertheless, the big expectation is the entry of big institutional investors, that could invest enormous amounts of fresh capital into the industry. Bakkt and Bitcoin ETFs will play a big role to let this happen.

The public anticipates the diffusion of Lighting Network (LN) in 2019, the project began this year, though it is still very far from public adoption. Previously, LN appears to be actually blooming and this great pace could probably continue next year.

For the period of just one month, the number of channels has waned by around 24 percent, node numbers by around 13 percent and network capacity by around 12 percent. If it continues with this trend, then its spread is more likely to quadruple in the next one-year period. It may not cause a significant mass adoption next year but it could act as a stepping stone.

Large companies are behind the stablecoin, which has created a high expectation among the masses. Stablecoin hasn’t yet stimulated much enthusiasm in the digital currency industry.

The stablecoin are almost similar to the fiat currencies that are applied with several similar tools like those in the crypto industry. They have a high possible mass diffusion by both the state and the public next year.

When it comes to this project, then it becomes a global matter project. Very many countries will be looking and planning on how best they are to regulate the crypto industry.

The population is waiting to see how this will go, although there are people claiming that the current regulatory gap isn’t a hindrance to the mass adoption of these nascent great technologies and the massive entry of potential institutional investors.

Many projects concerning security tokens and Security Token Offer (STO) that seems to become option financing ways to IPOs especially on the stock exchange for several firms incapable of affording them. For instance, Nasdaq gives a major platform for market placement and exchange of security cryptos. There are significant projects from Amazon and IBM under study (planning), ongoing and underway.

All in all, next year will have a lot of good and bad news when it comes to the cryptocurrency industry, hoping that one year from now the situation will not be similar to the current one at press time.

Tags
Industry Cryptocurrency ETF Bitcoin Market Investing Adoption Stablecoin
Most Popular
May 02, 2021 at 11:54
News
South Korea Announces Testing of CBDC Right After Imposing a New Tax Framework; Is It a Coincidence?
May 02, 2021 at 10:36
News
Chainlink Breaks Initial Resistance at $38, Eyes $44 Overhead Resistance
May 02, 2021 at 09:14
News
Uniswap in Minor Retracement, Set for More Upside Momentum
May 01, 2021 at 12:54
News
Russia is Going to Establish a Special Department for Exploring Artificial Intelligence
May 01, 2021 at 11:58
News
Dogecoin Price Pushes To The Upside; Can Bulls Breach The $0.45 Resistance Zone?
More