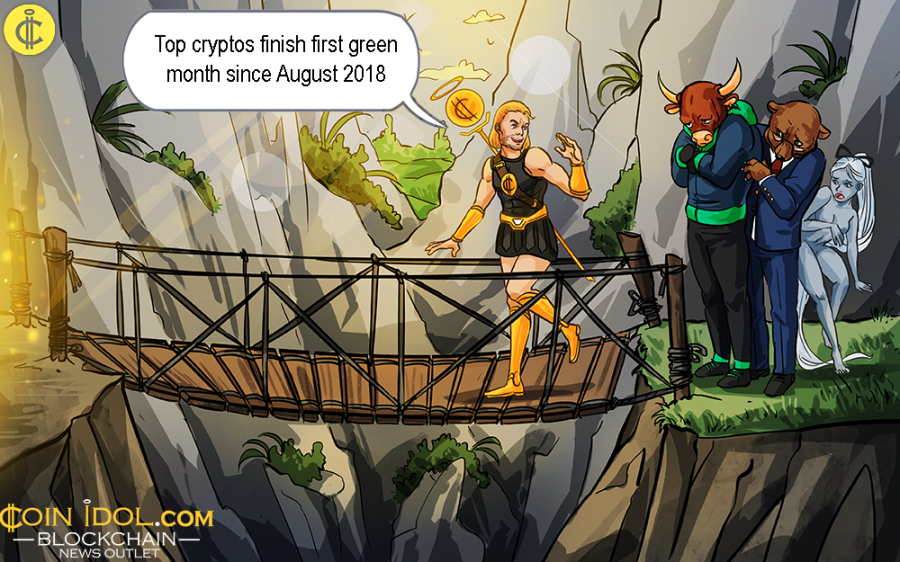 The cryptocurrency market is now the most boring place with all bullish digital currencies including Bitcoin, EOS, Ripple (XRP), Litecoin (LTC) and Ethereum (ETH) following consolidation patterns. Binance Coin (BNB) is the only top 20 cryptos with outstanding trends. BNB/USD increased more than 8.4% in the past 24 hours to change hands at around $10.92. The crypto takes the 10th position in the world cryptocurrency rating and it has a market cap of more than $2.34 billion.

The month of February was the most successful trading period for Bitcoin (BTC) since August last year. The leading cryptocurrency by market capitalization has been shrinking for the past six months, making it the lengthiest trading period of successive red months since the crypto was created.

Latest in the Market

At press time, according to coinmarketcap, Bitcoin (BTC/USD) is trading at $3,872 (0.06% 24h) and is more than 7% higher than at the start of last month. This move might be understood as a significant indication and may ultimately translate into a justifiable rally above $4,000 soon.

Based on several strong indicators gathered between the latest price and the $3,900 handle, the giants will face a rough time to make it to the aforementioned $4,000 resistance. Nevertheless, the moment it is cleared, $5,000 will then be well-defined.

Bitcoin will hardly be able to exceed this level in 2019, as per Justin Sun, founder of TRON – the 9th crypto by market cap. But, in case it surpasses it, the coin will gain traction, indicating that the 14-month long bear pattern may be overcome.

The Co-founder of Apple thinks that the first crypto has momentous potential, but it is still too early to invest money in it. He revealed that he spends BTC while traveling and pays with digital currency in several restaurants; however, he is not prepared to invest in digital gold. Speaking in the interview with Bloomberg, Wozniak clarified that the sharp sloping trend has significantly contributed much to the Bitcoin’s value.