Ripple Study: 75% of Firms in the Payment Sector Need to Use Cryptos 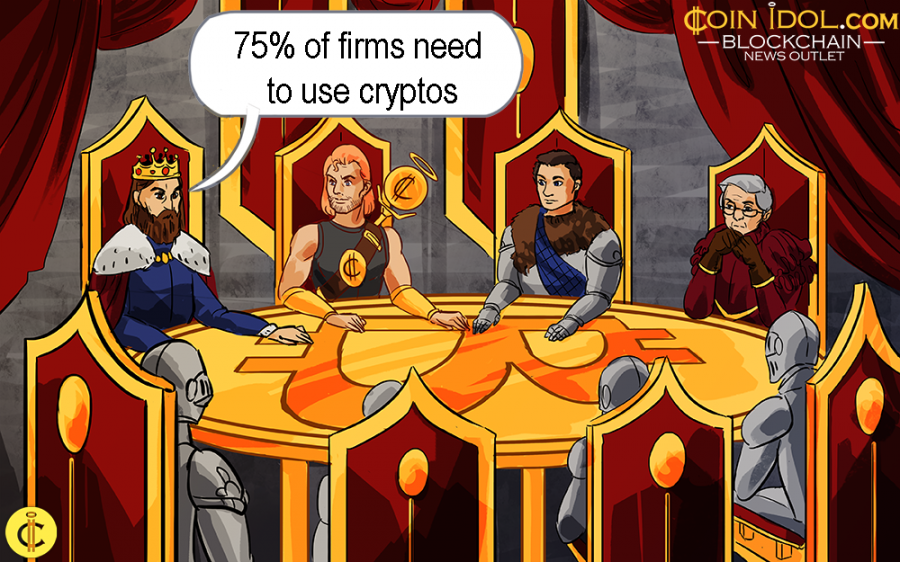 Regardless of the fall in the prices of major digital currency assets, adoption has grown and several sectors of the global economy will go on to embrace the use of crypto in the future. This is ratified by a recent study carried out by Ripple which indicated that 75% of firms in the payment sector intend to use cryptos as a means of payment.

The research study involved 22 nations around the globe and covered 700 firms in these nations that are involved in payments. Talking on the findings of the research study at 2018 Ripple Swell Conference, Corey Johnson, the Chief Market Strategist of the firm, revealed the height of huge adoption for cryptos is at hand.

“The world is used to getting things, right now, on-demand. They aren’t waiting for anything. When we look at blockchain and the solutions it offers in cross-border payments, we have an opportunity to address their needs.”

The report of the research study indicated that 75% of the 700 firms involved in the prospect are heartily anticipating the adoption of at least one crypto as its payment token. It also noted that 45% are "already in production, piloting or near to signing with a blockchain technology provider."

Additionally, Ripple declared the rollout of its cross-border payment product xRapid at the 2018 Swell Conference. At roll-out time, Cuallix, Mercury FX, Catalyst Corporate Federal Credit Union had shown interest in using the token.
It is accurate to say that Ripple's XRP has been performing well, even bumping out Ethereum to take second place after Bitcoin on CoinMarketCap. Nevertheless, it surprisingly faced a drop during the Swell Conference that uncovered the rollout of its bullish product xRapid.

The query on several people's minds, therefore, is will xRapid raise the adoption of XRP and help it to gain and perhaps increase to be the number one digital currency in the globe or will it not influence the market?

Whoop de do, it is known that xRapid will have large adoption as it gives an easy and relatively cheap means of cross-border payments that the globe looks, according to Corey.

There is no marvel to this end that a huge number of payment firms intend to adopt cryptocurrencies for payments. xRapid's customer base is also liable to grow as many financial institutions come rapidly in various parts of the globe.

Tags
Payment Ripple Cryptocurrency Adoption Digital currency Future Economy Assets Price
Most Popular
May 17, 2021 at 14:24
News
Ethereum Risks Further Decline If it Loses $3,200 Support
May 17, 2021 at 13:08
News
PACT Token Keeps It Going: A New Giveaway for USDT 6,000 on 27 May
May 17, 2021 at 12:15
News
Bitcoin in a Deeper Correction as Price Fluctuates
May 17, 2021 at 10:08
News
Elon Musk Should Know that Bitcoin Mining has Nothing to Do With the Environment
May 16, 2021 at 11:30
News
3 Reasons Why Payment Service Platforms Switch to Blockchain, Facilitating the Adoption of the Tech
More