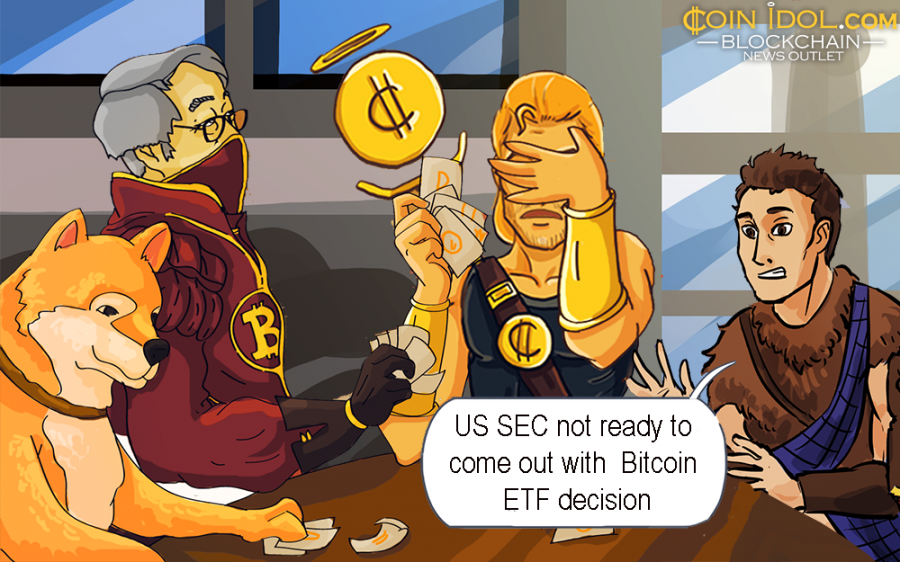 Lawyer Jake Chervinsky tweeted about the recent rejection of nine Bitcoin (BTC) ETFs by the US SEC and said it would probably be done next month. Ran NeuNer earlier falsely revealed that the authority was to call BTC ETFs by Mon Nov 5, 2018.

The deadline for the public to submit statements was November 5, as Jake tweeted, such that the SEC would have enough time to revise the previously rejected BTC ETFs before making the final awaited decision.

The lawyer explained that the deadline now for the US SEC staff to finally decide on the VanEck/SolidX ETF will be December 29 this year but this can further be extended to February 27, 2019.

But since that time, NeuNer, a media personality, has made it clear that his tweet concerning the deadline was incorrect.

The Hot Talk Regarding BTC ETF

The shifting of goal posts by the SEC started far back in July when it first rejected the application for BTC ETF approval from the Winklevoss brothers.

Further, the US SEC rejected 9 more applications seeking permission to start BTC ETFs in the U.S. The SEC reached this decision after a long review period that took over 8 months.

Regardless of the 99% in favor from the reporting mass, the US SEC once more suspended the decision on BTC ETFs in September 2018. It went ahead to note in its filing that it still wants more feedback on the BTC ETF subject.

Why BTC ETFs are Essential

In 2003, the price of gold increased greatly after the first ETF was introduced since the investment access became easier and retail investors started earning too much because of the exposure they got and they also diversified their portfolios without purchasing and storing physical gold. As we talk now, the SDPR GoldShares ETF has over $35 billion under management.

Besides, ETFs could potentially attract new institutional investors into crypto, as they can tackle some major security issues. Investors normally don’t like to risk, so they think twice before getting into cryptocurrency, as it always involves certain risks. Bitcoin ETFs might potentially change the situation.