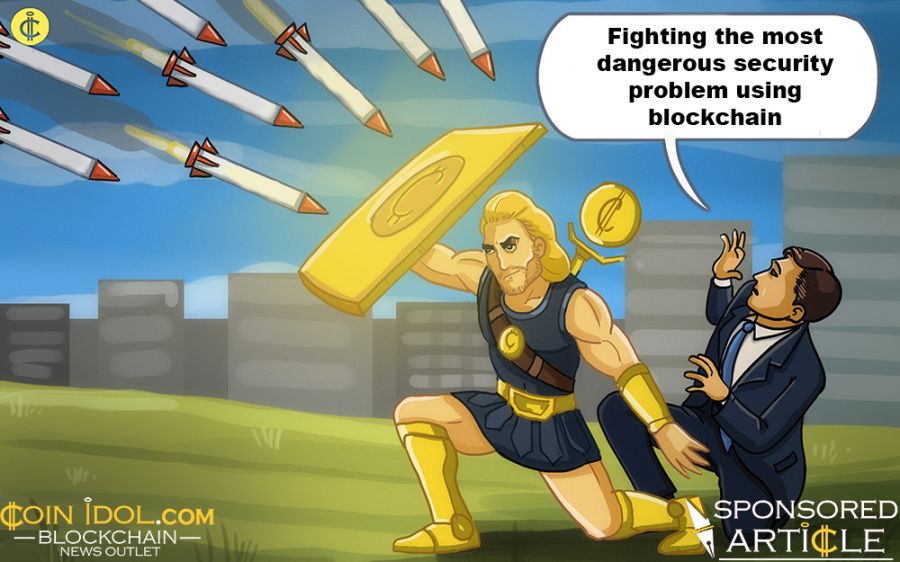 The modern world relies on the Internet, virtual reality and IT solutions more than ever before and has become especially tasty for cybercriminals. It is a big market with real problems. The anti-virus companies turnover $8.5 billion a year and are expected to reach $6 trillion by 2021. Today, up to 70% of new threats go undetected and the cost of cybercrime damages is expected to double by 2021.

Personal data and computers remain unprotected more often than we expect. A malware that one anti-virus detects often remains unnoticed by another. But a user can’t use two antivirus packages at the same time and combine their protection. Moreover, the cyber security market provides no quarter for specialized expertise, contributing to an overall reduction in coverage. In today’s market, the ability to detect esoteric threats is irrelevant if you don’t also detect WannaCry — and everyone detects WannaCry.

New solutions, such as Blockchain technology and Ethereum smart contracts, might help to solve these problems now and in future.

A group of respected security experts with decades of experience in the industry, working with cutting-edge blockchain-based identity management project for the Department of Homeland Security (DHS), McAfee, the NSA and several projects on behalf of DARPA, came together to change that situation. They have launched a new project, called PolySwarm, that addresses a real problem in a big market ripe for disruption.

US-based PolySwarm is the first decentralized anti-virus marketplace where security experts build anti-malware engines that compete to protect its users. A global community of anti-malware experts converge and work together to best detect today’s threats.

The founding team of PolySwarm is built by a group of experienced cybersecurity experts who have already raised $24 Million to date in a bearish market and released a prototype of their first product. Moreover, the team, including CEO and lead developers, respond technical and business inquiries on Telegram on a daily basis.

“We already released a  working prototype being used by security experts to upload malware in exchange for Nectar tokens and we are on track to deliver a minimum viable product (MVP) that implements an end-to-end Bounty workflow.”

PolySwarm’s advisers include world-renowned information security and blockchain experts hailing from both industry and academia, including former McAfee CIO Mark Tomessen and Dan Guido, CEO of Trail of Bies.

Among the companies backing the project are Science and Blocktower. PolySwarm has also announced a recent partnership with Vector 35, makers of the reverse engineering platform Binary Ninja and Cyber Triage, as well as Rivetz and Blocktower.

The company is now holding a token sale of PolySwarm’s Nectar utility tokens (“NCT”) and are offering special bonuses for early investors.  The public sale will be closed on March 22, 2018, and the TBA will be fixed at sale end.