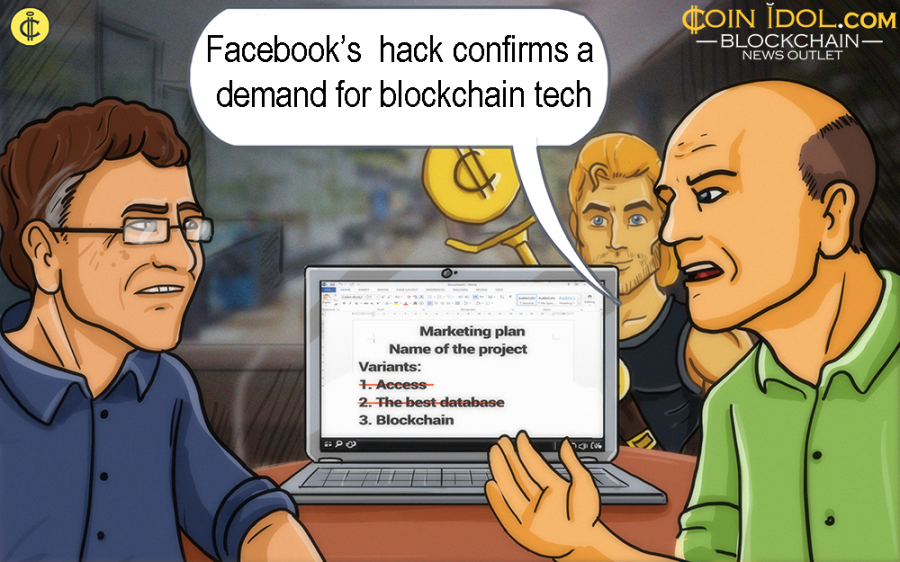 The most recent news out of Facebook this week is that the large social network has been subject to yet another mass information hack, one that introduces doubt regarding the integrity of users information on Facebook. These kinds of hacks are becoming rampant within social networks and set very rotten news to people like Mark Zuckerberg that are struggling to make their social media platforms a safer and secure place.

The reality of it all is this - prevalent technology is not powerful enough to keep hacks and illicit attackers at bay, the technology sector currently demands a fresh and new option, an alternative which can be found in distributed ledger technology (DLT). The current attack on Facebook confirms that there is now a global demand for DLT to step in and protect our data online.

What Really Happened in the Information Hack?

In excess of fifty million regular user account were illegally hacked in a worm style attack, that exploited several vulnerabilities within Facebook. The vulnerabilities enabled the hackers to get users 'access tokens', a digital token which verifies and authenticates users on Facebook. With all this, the illicit hackers could pose as if they had rightful logged into user accounts, hence able to access vast amounts of personal information.

As per CNBC, the Vice President of Global Marketing Solutions at Facebook, Carolyn Everson, commented on this attack and revealed that:

“This was an attack, an attack that would require people to understand three different bugs. It was an odorless, weightless intruder that walked in that Facebook could only detect once they made a certain move.”

The deadly attackers remained undiscovered as a result of the refined nature of this attack. Without forgetting the point that it was solely down to Facebook's private vulnerabilities too. Generally, this appears to have developed via a permutation of factors, all of which now have had a decimating impact on Facebook and a few 50 million regular users.

How can Blockchain Tech Enhance This?

This recent hack is down to imperfections within the present technologies used at Facebook, imperfections that alone wouldn't surface within a Blockchain technology model. As you are aware, there are already several Blockchain technology-based social networks such as Steemit and Mastodon. Admittedly, in terms of popularity and usability, these significant projects aren't even close to being as large as Facebook, nevertheless, traditional social media can learn much from the likes of Steemit.

Using DLT to secure and protect the data of social media users will be the next jumbo step which these firms need to do if they want to sprout and develop their platforms. Facebook is exploring Blockchain, to that end, maybe this hack will be the last straw and Facebook will eventually begin taking our technology a bit more seriously.