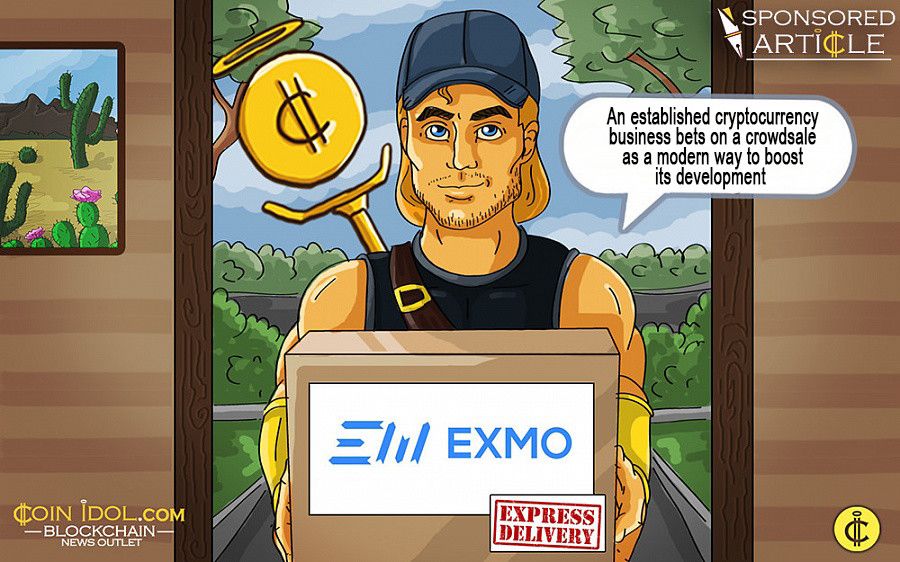 Cryptocurrency trading has finally come into the limelight, and employs more and more instruments that belong in the traditional world of finance. Such are margin trading and margin loans. So far, a few cryptocurrency exchanges have been offering margin trading on their platforms, allowing users to borrow funds from each other to trade on a bigger scale.

Now EXMO, an established 4-year old cryptocurrency platform, and one of the leading cryptocurrency exchanges in Europe, has announced its plans to bring a Margin Loan service to its clients by establishing their own margin loan fund. EXMO has researched and determined a growing demand for margin trading on their platform, and saw adding it as a part of the platform’s logical development. The dedicated loan fund will allow EXMO users to trade more by borrowing extra funds on top of their existing balance.

In order to ensure meeting the needs of their users EXMO decided to raise additional investment through the EXMO Coin (EXO) token sale.

According to the official announcement from EXMO, the company will use the half of the investment raised through the crowdsale to cover the increasing demand for margin loans, and another quarter will be put into the overall cryptocurrency platform development. Partly, collected investment will be spent on establishing an insurance fund for margin lending. The rest will go into acquiring the necessary licensing for simplifying the fiat money transactions, and covering marketing expenses.

“The investments collected in the course of the crowdsale will be used to establish a dedicated margin loan fund. Instead of using our clients’ funds to give out loans, like most platforms do, we are going to lend the required amounts of crypto- and fiat money ourselves. It will allow us to provide more traders with a leverage to trade more, and it will for sure boost the development of EXMO.”

The EXO token will be officially issued on the EXMO platform on February 26, 2018, available for everybody to purchase. The main token crowdsale will last until March 26, 2018.

EXO is expected to be a lucrative asset. There will be a finite number of tokens distributed and later on traded on the cryptocurrency platform. The token value is expected to increase with the overall platform development, as the majority of collected investment will be channelled into the growth of the platform’s financial indicators.

On top of that, token holders will be entitled to 50% of the platform’s profit on margin loans distributed among them as dividends on a monthly basis.

At the beginning, EXMO will be offering 1:2 leverages for margin loans on the most popular BTC, ETH, and USD currencies. More options are promised to be available in the future with the increasing demand for the service.

Behind the EXO token crowdsale is a continuously profitable cryptocurrency exchange business. To date, EXMO platform has over 800,000 users worldwide and its trading volume accounts for $1.8 billion in 2017 in over 45 currency pairs, including both crypto and fiat.

Since the moment it was founded in 2013, EXMO platform has shown fast and stable growth of the trading volume by 9 and the number of deals made through the platform by 40 times in just 3.5 years. According to the EXMO team, this growth rate is a key for EXO future success, as the value of the token will correlate with EXMO’s overall performance, as well as exchange rates of other currencies on the platform.

EXMO platform offers a special treat for the early purchasers of EXO token. They will receive a 5% bonus on top of their token purchase during the pre-sale.

Moreover, EXO token will be traded on the EXMO exchange for Bitcoin (BTC) and Ether (ETH) just after the crowdsale. EXMO also guarantees the token buyout.

Learn more about the EXMO crowdsale and the company’s blog.