Evolution of Video Surveillance - from Photo to Faceter 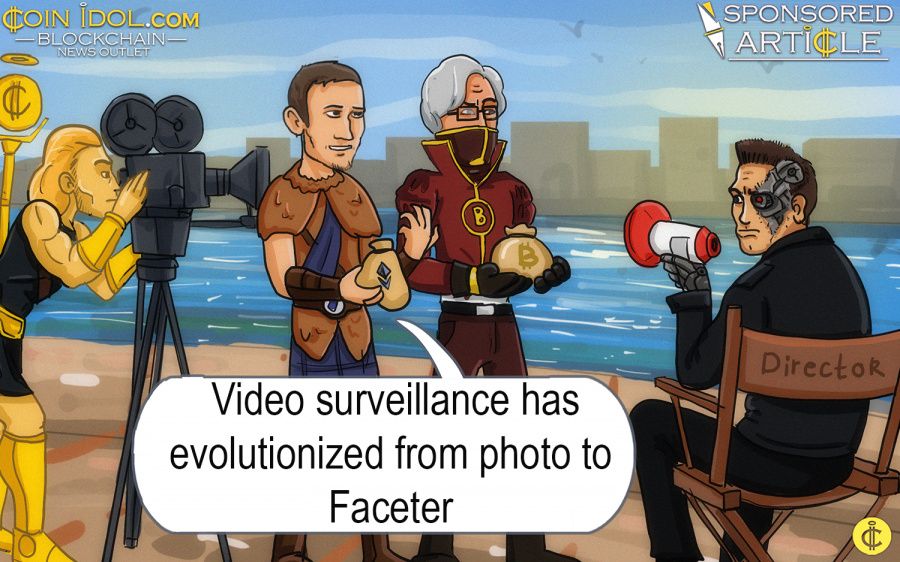 Also in the 19th century, police visited prisons and inspected prisoners to remember their faces and appearance. This was, perhaps, the first time of legal surveillance of something or anyone in the history.

However, the official history of video surveillance began just over 100 years ago, when the Holloway prison began to use the "modern photographic monitoring" system. Police secretly photographed suspects and prisoners from a long distance. They try to avoid open shooting because it was just enough to cover your face with your hands or put on your headdress. For example, the suffragettes did this. They refused to be photographed at the time of arrest - made faces, refused to stand still and covered their faces.

As a result, only ten years passed from these first experiments with electronic television before the creation of the world's first video surveillance system. This system was created in Germany by Siemens company in 1942. This system aimed to monitor the testing of FAU-2 rockets at the Peenemünde firing field. As for the first commercial video surveillance system, it was Vericon. It was launched in the United States in 1949. After seven years, a method called "Zauberspiegel" or "Magic Mirror" was launched in Hamburg to monitor street traffic. Then it was distributed in cities such as Munich and Hanover. Great Britain was the first country to use permanent stationary cameras in public places. This happened in 1960. 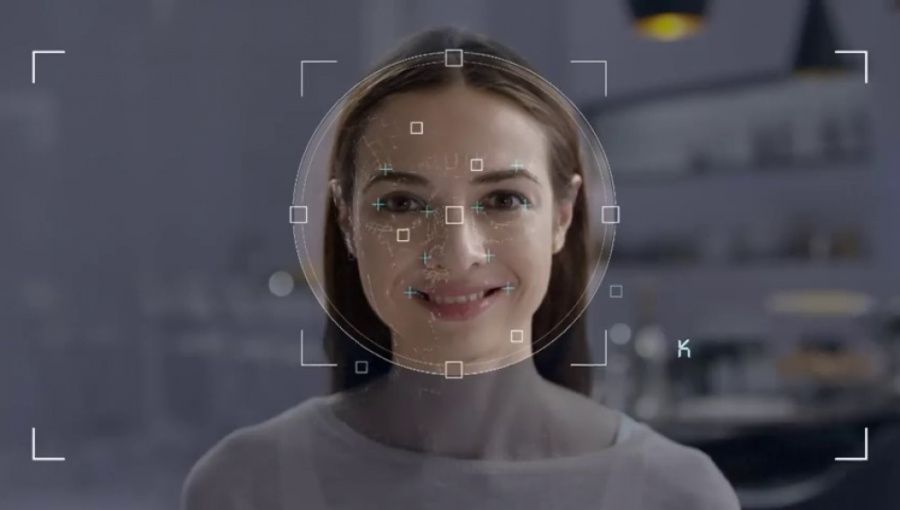 In general, it can be assumed that the rather widespread use of video surveillance systems began in around the 1960s when public cameras began to proliferate in America and Europe.

The early video surveillance systems were not as "smart" and equipped as they are today. They only allowed to view the image from the cameras, and recording was possible just in manual mode at the command of the operator. Non-stop recording became possible just after a decade. Since the 1980s, engineers and developers have gradually made CCTV cameras more convenient - smaller in size, with a coloured image, etc. For the first time, significant qualitative improvement in this area occurred with the coming of digital technologies and the uprising of entirely digital surveillance systems - IP and SDI. And analogue systems, in turn, began to record the signal as a digital file.

The next important step in the development of this technology was the invention of a face recognition system. For the first time, cameras with a similar recognition system were installed in the London area of ​​Newham in 1998. It was not a surprise. According to statistics, almost every Briton gets into the lenses of CCTV cameras about 70 times a day. Great Britain is one of the leaders in the number of cameras - there are more than 1.85 million cameras in the country! In the 2000s, developers succeeded in ensuring that face recognition systems were successful in 80% of cases. Now, this figure has almost reached 100%, and the account goes to some tenths and hundredths. 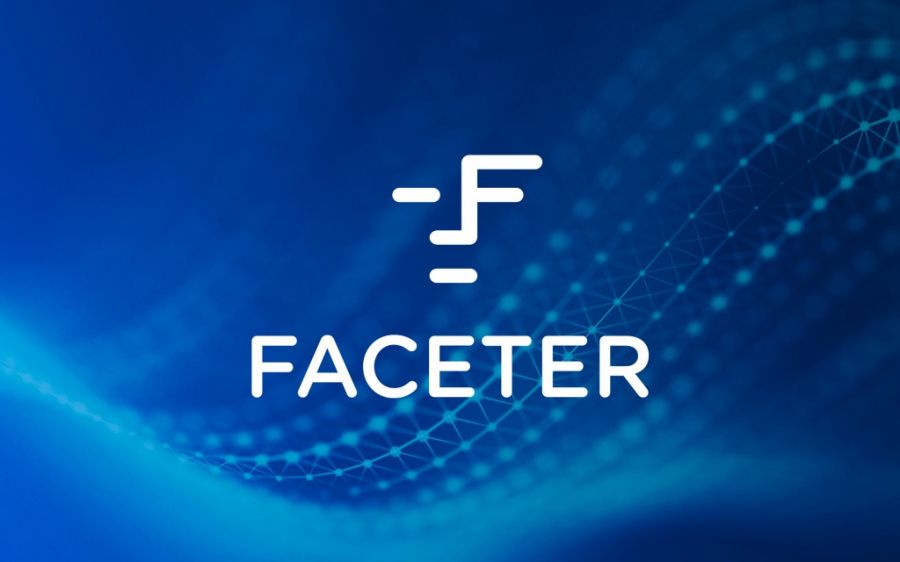 Unfortunately, video surveillance has evolved to our days mainly with the aim of hindering criminal activity and increasing the level of security. And only a few developers think about responding to more relevant consumer needs, more subtle and sophisticated than identifying criminals. Moreover, until today no one has been able to use all the advantages of modern video surveillance and recognition everywhere due to a number of fundamental problems, such as information processing and storage, development of special "smart" software capable of teaching CCTV cameras, and, of course, combine all this into one product.

At the moment, several right solutions integrate a digital video surveillance system with a face recognition and response system. However, they are quite expensive, primarily because of the capacities that are required to service this system. Naturally, the data is no longer stored in centralised data centres, many companies use cloud storage. However, this is not enough for the effective operation of a unified video surveillance system that would be accessible to every person and would perform much more functions than merely recording a video.

The solution to this problem became possible after the emergence of another essential technology, namely, blockchain. 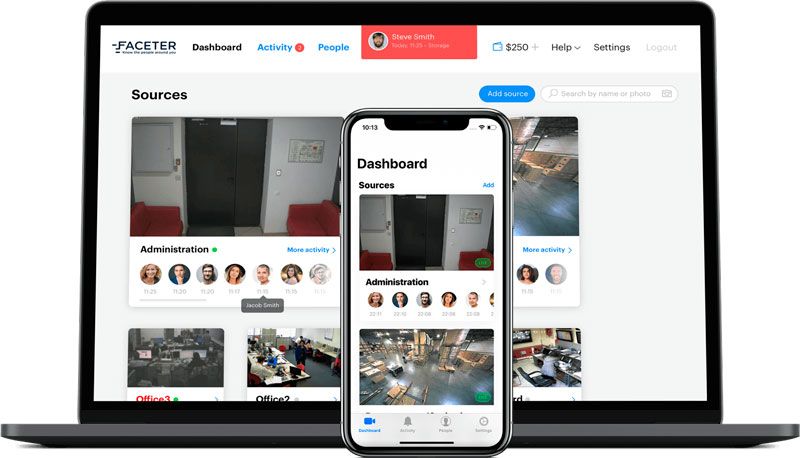 It is decentralised networks and mining that can take on the incredibly complex and bulky computing operations which is necessary for a modern video surveillance system. It can process the video stream online, distinguish what is happening and also respond promptly. And all this is done without humans’ participation. Imagine that there are no more people who switch cameras and carefully monitor what is happening on the screen. There are no more risks associated with the fact that a person on the other side of the video surveillance will not notice a person who has become ill, or that there has been a street theft. And you can be calm because the cameras around your house and inside it are continually assessing the situation. And they will be able to tell you through your smartphone that someone suspicious is near the home, or that your child did not come from school on time and even that your dinner is a little burnt. Moreover, in such system one cannot compromise or forge a record - the "digital brain" will know precisely what is happening on the video and who these people are. Preventing fires, collecting and analysing data for marketing needs or even merely searching for your keys, which again turned out to be out of place - all this can make by a smart camera of the future. And all this will make you slightly freer from everyday routine.

Now it seems not very real and even a bit weird, however, it was only recently that it was difficult to imagine that space rockets would be reusable, but Musk did it. Moreover, already now some projects deal with the development of incredibly smart video surveillance systems. For example, blockchain-startup Faceter, which offered its users a new technology based on neural networks, mining and fog computing. The combination of these three components will create the same "smart vision", about which we spoke above.

We can take the fast development of video surveillance system differently. However, we live in the century of technologies that should make our life more relaxed, more comfortable and safer. Decentralized video surveillance should and will differ from past variations of such systems because it is meant to be more independent, quick and "smart".

Faceter became known not so long ago since it conducted one of the most successful ICO in 2018, collecting $28 million. Since the ICO's end, not much time has passed, and the project is already preparing to launch the first real product - a decentralised application for video surveillance, which will allow users to connect their cameras and rent them. It will be the first product which company decided to put on the market on the market. The video stream will be processed by the FACE miners, which will provide their digital capacities. At the same time, the company is developing a so-called "smart eye" - an intelligent system for video processing, recognition and response. By combining their developments within a single, decentralised platform, the company hopes to create a unique service accessible to all users. Faceter is sure that their product will be a new qualitative step in the evolution of video surveillance systems. 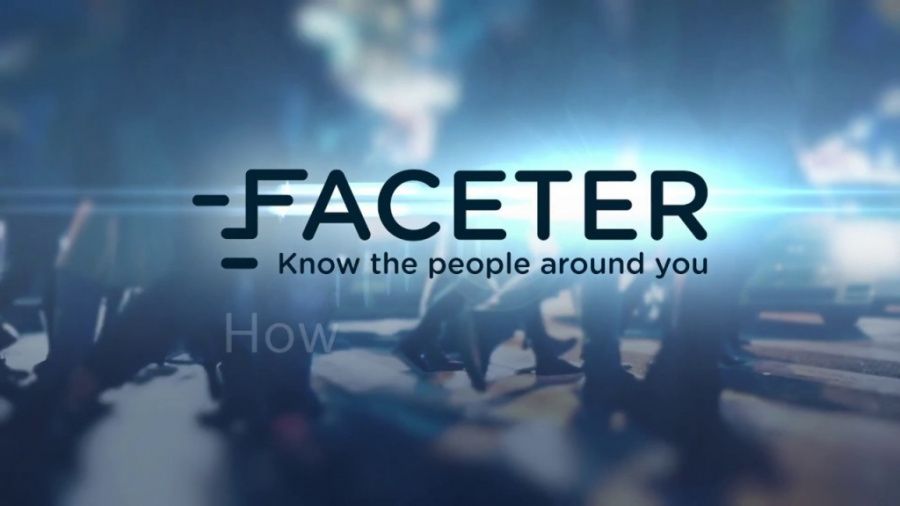