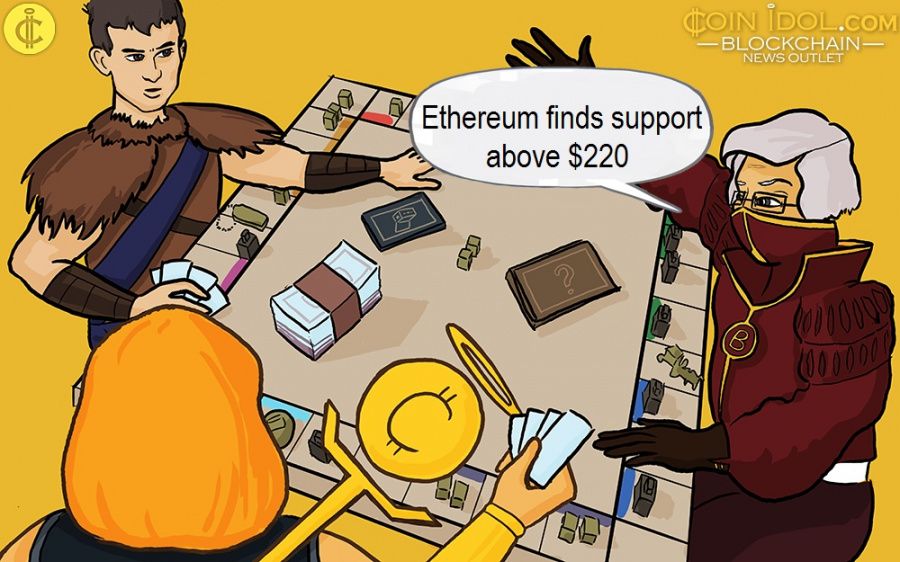 The bears are still contesting the current support for further downward movement. It was argued that breakout or breakdown in a long price range is usually very powerful. The market is expected to further depreciate as the next support is likely to be at $197 or $190. Nonetheless, if the current support holds at $220, the uptrend may resume.

Ethereum is below 40% of the daily stochastic. This means ETH has bearish momentum. The pair is approaching the oversold region but the momentum seems to be dying down. Ethereum is now in the downtrend zone as the price breaks below the EMAs. 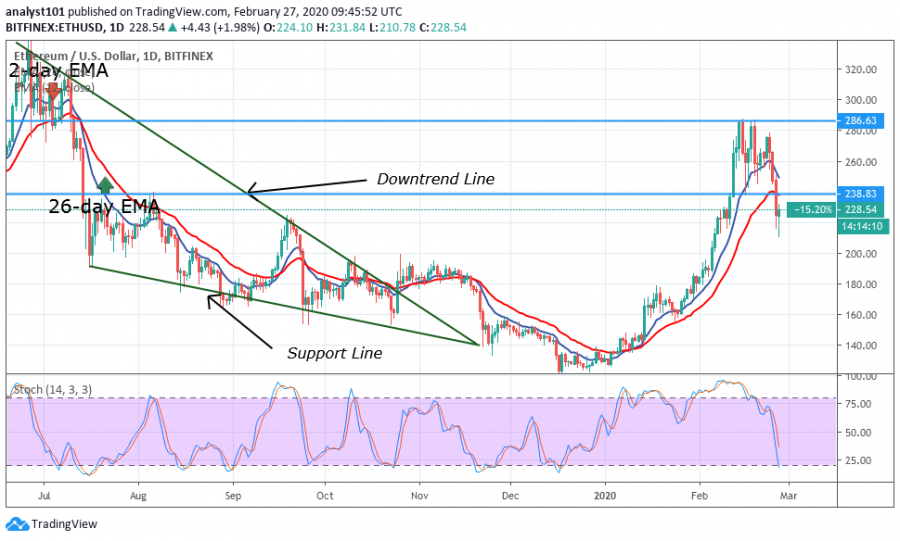 What Is the Next Move for Ethereum?

An Ethereum uptrend is likely as ETH holds at the support of $220. Conversely, the bulls may likely defend the support at $197 if the price suddenly falls to that level. A rebound at the current low will take ETH above $238 price level. However, if it faces resistance, a sideways move may ensue.