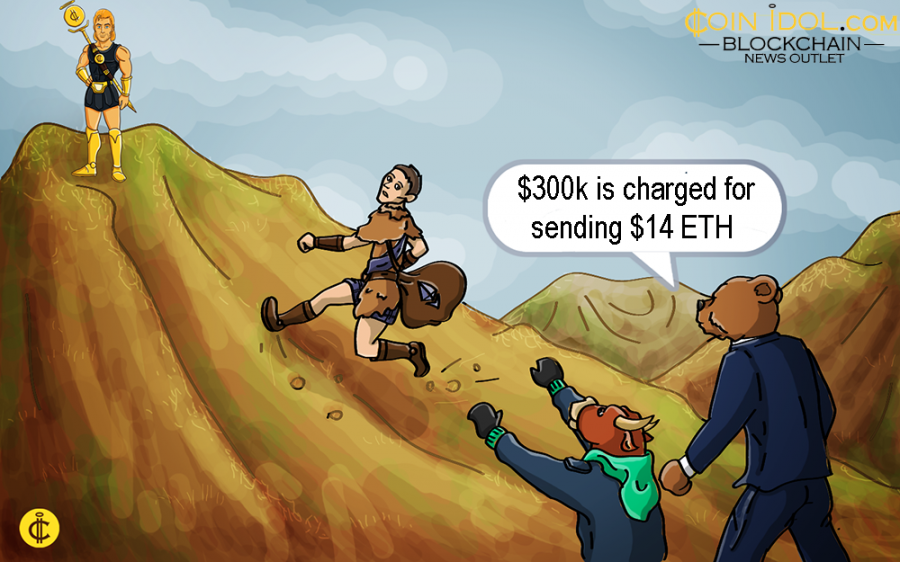 Ethereum (ETH), the second bull cryptocurrency after Bitcoin, has a massive number of users but one of them is drawing out another mortgage following a charge of more than 2100 ETH in an attempt to send someone $14 worth of ETH. This fee is abnormal and appears as if it was a mistake, but the customer’s account is still active meaning that the possibilities of making such kind of a mistake is high.

The transaction fee is said to be worth over $300,000 at the latest rates and although this is a lofty sum, it would barely cost equal to $14 to wire to another Ethereum cryptocurrency wallet. This has generated a lot of mixed reactions, questions among different enthusiasts and now they want to know why the network would charge such an elephant fee when actually the transaction is small. 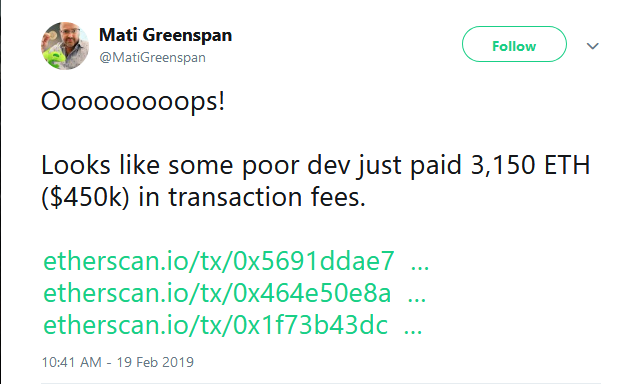 The cryptocurrency community took the initiative as thoughtful and held a serious discussion on Reddit. There are people who say that the problem is with the user’s Wallet Interface where the funds were first wired.

Others believe that it could be a potential attempt to launder money considering the reason that the same wallet has wired a comparable amount in fees. Nevertheless, the small and trivial transaction amounts seem just to be for formality.

“A further hypothesis is that this transaction fee was sent as a way to cook the books or launder money, possibly by a mining operation. The same account was found to have previously sent out other similarly large sums.”

“The amount being transferred from one account to another could be a way to disguise the origin of funds. Many have countered that this is unlikely, as there is a risk that the miners wouldn’t successfully mine the block, and would lose their money to someone else,” they added.

Even though it’s not yet clear why this happened and what caused it, it still gives a bad image for Ethereum cryptocurrency since this could be a new technique to successfully launder money through using digital currencies.

The community is calling for a deep investigation into the matter so that the naked truth can be revealed, and this will help to prevent future occurrence of such error. In case it is discovered that it was deliberately done to facilitate money laundering, then stringent and appropriate measures should be done to dismay such operations.