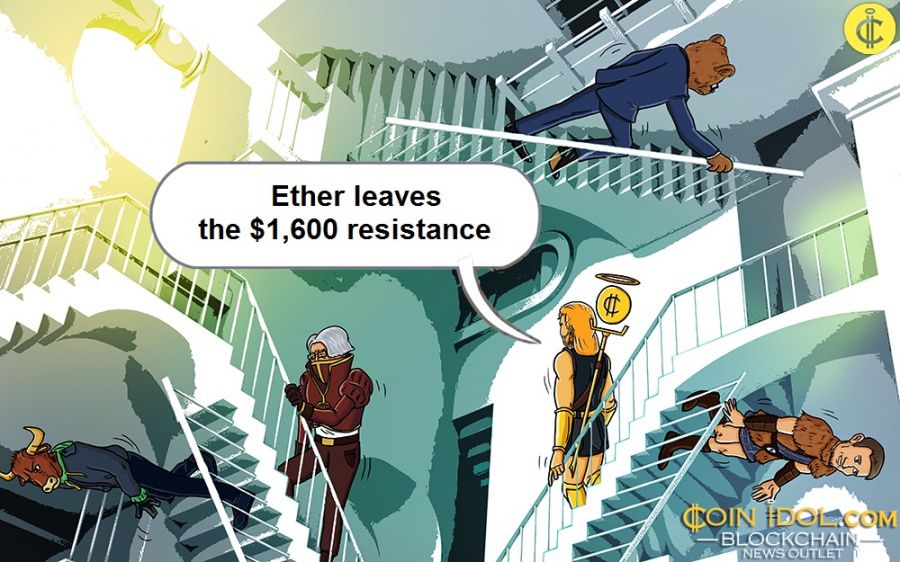 Ethereum (ETH) is fluctuating below $1,600 as the altcoin reaches the overbought region. Moreover, the price action is characterized by small indecisive candlesticks. The candlesticks indicate that buyers and sellers are undecided about the direction of the market.

Later, sellers might have the upper hand as the altcoin is trading in the overbought region. However, if the altcoin rises back above the $1,500 support, the bulls will break the $1,600 resistance. This will propel Ether to rise to the $2,013 high. On the other hand, if Ether leaves the $1,600 resistance, it could fall to a low of $1,319. Meanwhile, the largest altcoin is trading at $1,545.75 as this article is being written. 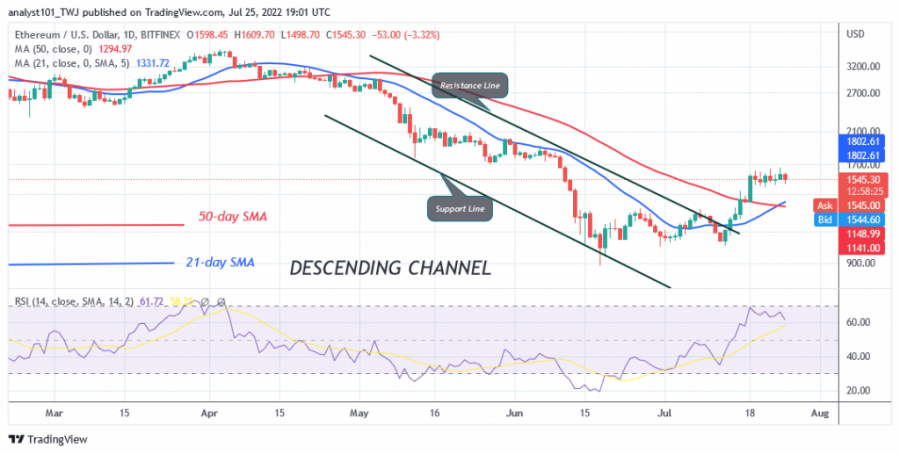 What is the next direction for Ethereum?

Ethereum is in a sideways movement as the uptrend ends at the high of $1,600. The largest altcoin will decline as it is overbought at the high of $1,600. However, the extent of the selling pressure is not clear. The market will resume its bullish momentum as the altcoin falls and finds support above the moving average lines. 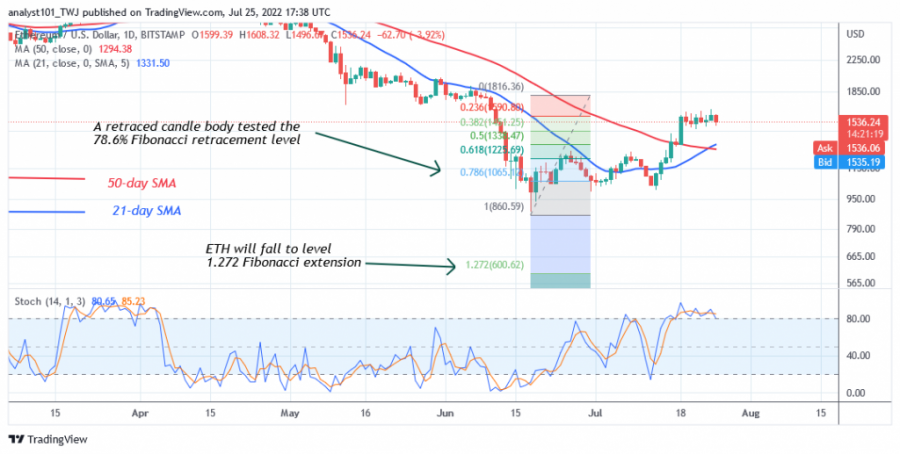