Elon Musk Makes Public His Stance on Bitcoin and Cryptocurrency 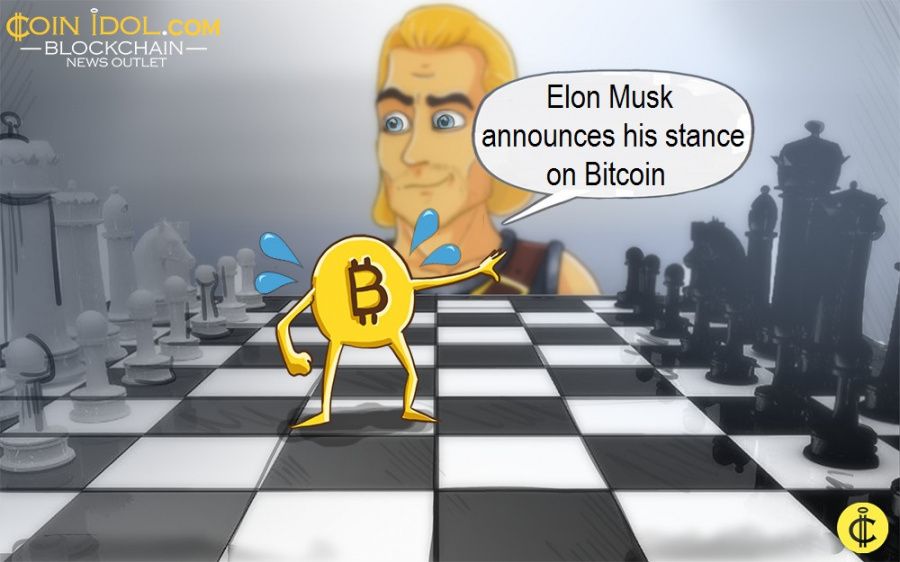 The cryptocurrency industry has faced a lot of puzzling and mixed reactions, especially on social media platforms including Twitter and Facebook, and this has forced the CEO of SpaceX, Elon Reeve Musk to share his personal position on some digital currencies especially Bitcoin (BTC) – during a podcast on January 20, 2020.

He stated that he is “neither here nor there on BTC” and he spent most of his time talking about how these cryptocurrencies are being used to carry out illegitimate transactions.

Recently, an engineer and technology entrepreneur was in the limelight for many short and puzzling statements on Twitter connected to cryptocurrency. For instance, on January 10, CEO Tesla tweeted that “BTC isn’t my safe word.” Back in April last year, he wrote another cryptic statement saying that “crypto is my safe word.”

However, it seems these statements have been regarded as mere jokes, mainly considering the earlier statements where he vowed to take “Tesla private at $420,” his early history is known to be rooted in the fintech sector. For example, Musk created an online bank called X.com back in 1999, and it later developed to become the PayPal we use today – and he also mentioned this in the recent online podcast.

When the hosts questioned Elon to give his views on BTC and other popular digital assets, since they are spiritually similar to X.com, he responded in a funny way saying that he is “neither here nor there on Bitcoin.” Elon also praised the white paper that was produced by Satoshi Nakamoto – saying that they/he/she (inventor) was very ingenious and he added that his position on digital currencies “gets the cryptocurrency users irritated.”

The engineer further revealed that hard-cash (fiat currency) is all the time difficult to use, but any other topnotch and secure option would have to be in working order for both legitimate and proscribed drives, as “it doesn’t work otherwise.” Although the technology entrepreneur wasn’t very sold on Bitcoin and digital assets, he perceives a significant function for digital currencies.

Tags
Cryptocurrency Bitcoin Elon Musk Digital currency Twitter Podcast Social media Industry Media
Most Popular
May 13, 2021 at 15:37
News
Binance Coin Drops to Previous Range-Bound Zone, Unable to Sustain Above $700 High
May 13, 2021 at 14:57
News
Bitcoin Plunges below $50K Support Level as Bears Threaten to Short to $44K Low
May 13, 2021 at 14:03
News
The e-Commerce market is Vulnerable to Fraud and Merchants Are Unprepared to Prevent it
May 13, 2021 at 11:05
News
Giant Telecom Companies Turn to Blockchain to Speed up Technological Progress
May 12, 2021 at 15:03
News
Cardano Consolidates Below Recent High as Bulls Attempt to Breach $1.80 Resistance
More