Electric Scooters Ready to Travel Through Italy Via Blockchain Technology 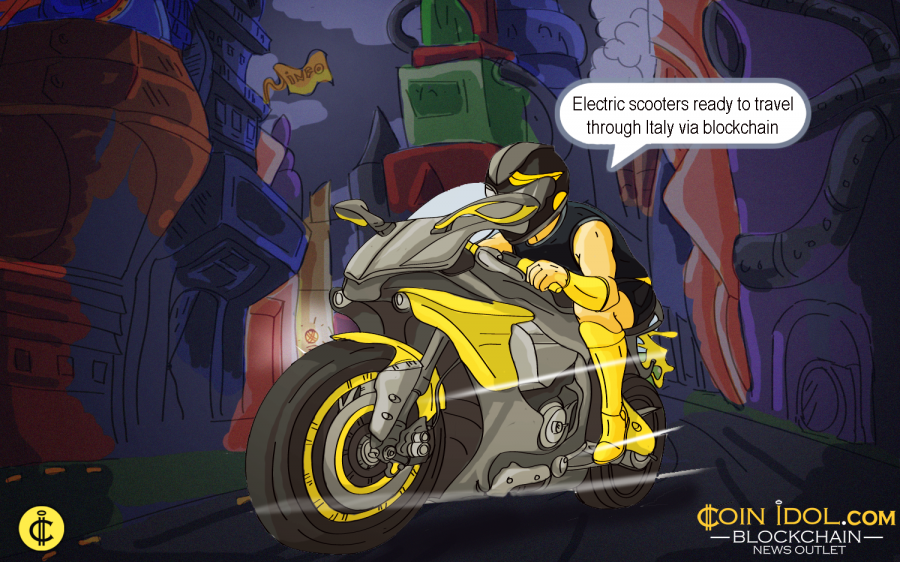 The engines of electric scooters are now available and ready to move through the streets of the major Italian cities, with Milan in the lead. Milan is the capital of Lombardy in northern Italy; has been an international center of trade and industry since the Middle Ages. The go-ahead for the launch of sharing services for this kind of vehicles is anticipated in few weeks, before January ends, after the amendment to the Budget Law sanctioned by the Chamber last month, that enforces a ministerial decree to regulate the Infrastructure and Transport Ministry the potential of testing on the road routes.

In Italy, the debate has already caused contention to no end, because of absence of approval of electric scooters in the Highway Code, a spread which could now be rectified by the decree made to set up the starting of an experimentation related to these ways that they are launching themselves across the globe as an instrument for the ‘last mile’ in the setting of integrated urban mobility, under the standard of sharing & electricity.

If the ministerial decree launches a framework of criteria where particular projects can be established, a lot could be delegated to local authorities.

“The cities are waiting for the regulatory framework within the Ministry to start local experimentations," says Alessandro Tommasi, Lime's Head of institutional affairs for Southern Europe, one of the world's leading players in the sector. In this key we are ready to make available to the municipal authorities the experience gained in European cities where we are already present, starting from the limitation of the sharing service to areas with limited traffic and with the possibility to share the data collected for an effective evaluation of the service.”

A big player in the industry that has already begun a contentious pilot project in the heart of Milan, declared on January 13, 2019, that it has come to an agreement with Telepass to pay for rentals via Telepass Pay – a mobile App which adds the service to the payment of fuel, parking in a carpark, & automotive stamp. The agreement will enable the use of scooters - at 1 euro per ride, paying only the client rate which is equal to 15 cents per 60 seconds.

Blockchain at its Best

The mobile App enables direct access to the service by allowing the conditions of use without leaving the App: on every finished route, the client will see the transactions straight on Telepass Pay, paying when the month ends together with any other services utilised.

The initiative twinkled a vespaio of contention among the contenders that asked the City of Milan for an intercession to reconstruct the same rules for all the subjects. Lime and Germans of Wind took part in the meeting of the Municipality to remedy the ministerial decree. On the Christmas eve, all the interested parties in the City set a way for the efficacious start of the service immediately after the regulatory framework is elucidated. The call for applications are still open and different parties can join at any moment. Provided the gaps are completely filled.

Meanwhile, the Italian Parliament is in the process of amending blockchain laws, as Coinidol recently reported. Around €750,000 was allocated for startups