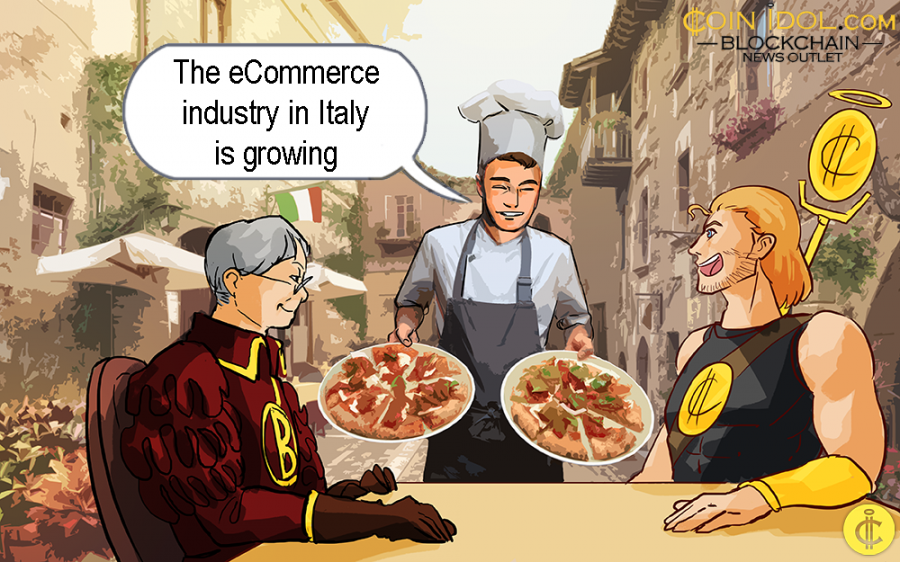 It has been discovered in the Casaleggio Associati annual report that Italy participates in eCommerce more than any other European country, and blockchain technology and cryptocurrency are part of this digital shopping, especially when it comes to tracking products and making payments for purchased goods.

The data seems to be positive but it is not yet at par with the European average. The number of products bought online and the turnover of eShops are highly increasing in 2019 compared to the previous years.

The eCommerce industry in Italy is growing at a very high speed. Italian internet users tend to use credit cards, bank transfers, cash on delivery. PayPal, prepaid cards, and cryptocurrency especially Bitcoin, to make payments for goods and services they have purchased. Based on the 2017 statistics, ½ of all internet users globally participated in buying goods or services online at least one or two times.

€41.5 Billion were Spent on B2C eCommerce

Last year, more than €41.5 billion were spent on B2C eCommerce. Around 38 million Italians (about 62% of the total population) bought items online, an indication that the country is doing well on digital shopping. It is expected that by the year 2023, the population participating in digital shopping will increase to about 41 million people.

According to the 2019 eCommerce insights in Italy, 14% of the sample by Casaleggio Associati indicated that they were “always” using their smartphones to buy online, 34% indicated that they do it “often.” This number is somehow big compared to many countries in the world.

Reserves on online purchases from overseas countries and players also vanished: last year, Italian citizens also bought on the Internet from the United Kingdom (in 18% of cases), China (18%) and Germany (16%).

Some of the activities being conducted on the internet in Italy include, online gaming and tourism (up by 9 percent), eShopping, health and beauty (which grew by over 23 percent), fashion and design (up by over 18 percent in 2018), food delivery and take-away services (growing by over 17 percent). In most of the transactions carried out, cryptocurrencies such as Bitcoin, Ethereum, Ripple have been a widely means of payment used in eCommerce.

In 2019, there are more than 19,000 active native startups operating and dealing in digital sales employing more than 32,000 employees, and these companies are legally registered in the Business Register. This helps in developing and growing the economic position of the country.