Domino’s Pizza to Reward its French Customers €100,000 in Bitcoin 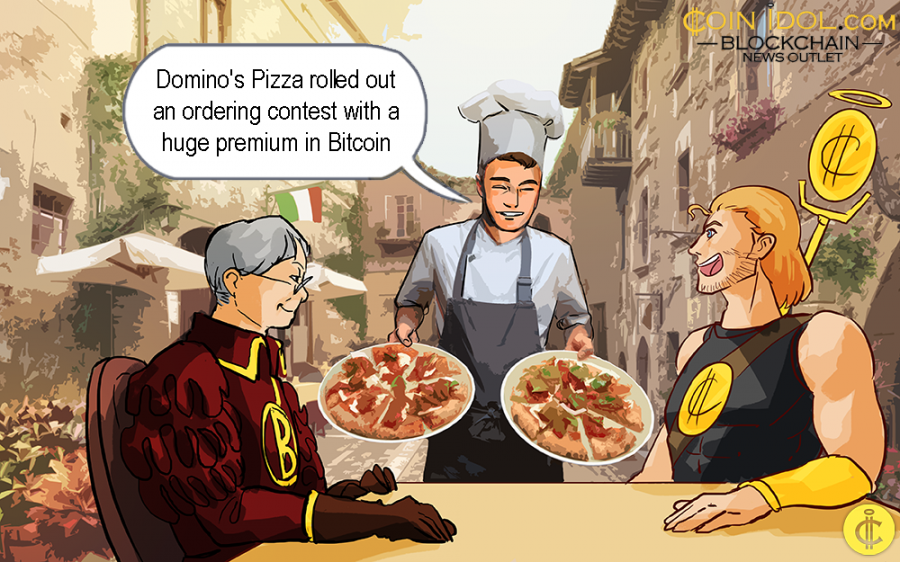 Domino's Pizza, the French unit of an American conglomerate pizza restaurant chain established more than five decades ago, rolled out an ordering contest with a huge premium of around $110,000 in Bitcoin (BTC) or hard money of 100,000 euros.

As per the firm’s statement via Twitter on Friday September 6, Domino’s France introduced the $110K BTC prize competition during the event of its 30th anniversary.

The competition began on Wednesday September 4 and is now inviting customers (purchasers) to take part in various games when they are ordering pizzas from the French unit of Domino’s Pizza until Wednesday October 2, and then, the purchase cataloging will take place till October 6, this year, as stated on the campaign’s official website.

According to the guidelines of the contest, the sum of money awarded in the form of Bitcoin will be calculated and converted to carry a value of €100K and will be based on the latest exchange rate at the time of time and day of purchase of BTC by the manager of the race if the victor picks or selects Bitcoin. At the end of the competition, the company will transfer the BTC prize to the victor’s cryptocurrency wallet on Monday December. 16, this year as per the set guidelines.

However, this pizza corporation is not new to cryptocurrency, blockchain and distributed ledger technology (DLT) field. Back in May this year, its Singapore and Malaysia units decided to collaborate with one popular Dutch Blockchain company known as SingularityNET to use its DLT-powered artificial intelligence (AI) tech.

In detail, the execution of blockchain technology by the DLT firm mentioned above will greatly help develop and expand Domino’s supply chain practices and logistics activities in the two aforementioned countries.

The restaurant is also among the giant pizza firms permitting clients to purchase pizza using cryptocurrency such as BTC during the Bitcoin Pizza Day event which is normally acknowledged with an enjoyable activity yearly on May 22 since nine years ago.

In 2010, a programmer from Florida, United States, Laszlo Hanyecz, aka 'Bitcoin Pizza Guy', purchased two Papa John's pizzas (which were worth $30 at the time) for 10,000 BTC. During that particular moment, that looked like a cheap buy, considering BTC’s low value. Albeit, when we look at the current price of the token, it is worth above $10K, this is equival to $103,385,000. Really expensive pizza. Imagine its value in December 2017 when Bitcoin hit its all-time high.