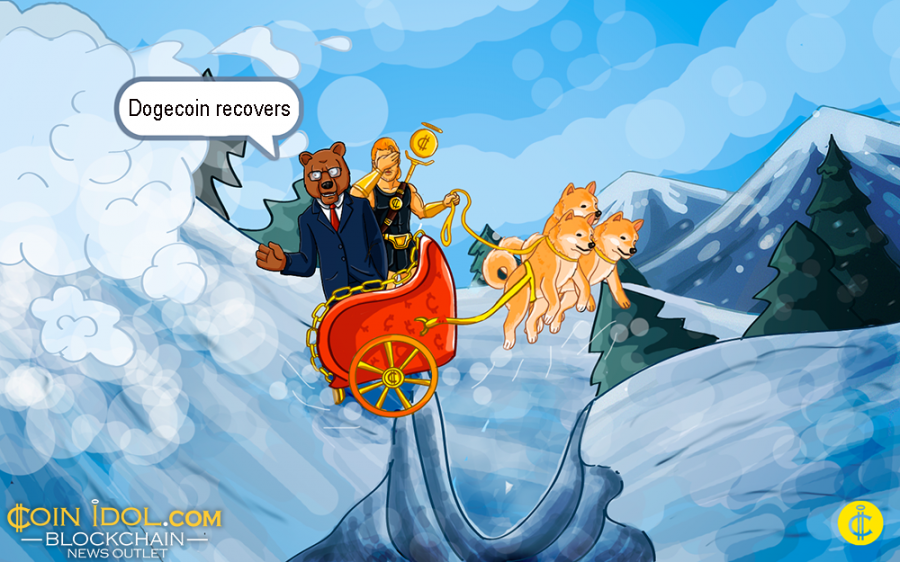 The crypto market is facing a reprieve from the drastically bearish conditions seen over the weekend and the beginning of this week. The market bull - Bitcoin (BTC) has increased from this year's low of nearly $3,500 (on the weekend) to nearly $4,300 at (+14.35%) on Thursday, November 29.

Dogecoin has also surged, although it found a resistance at $0.0022. This has been a major level for Dogecoin. This appeared to be a very strong support level during the month of June to August of 2018 and price traded before prior to a surge in September that saw Doge rise to around $0.007. 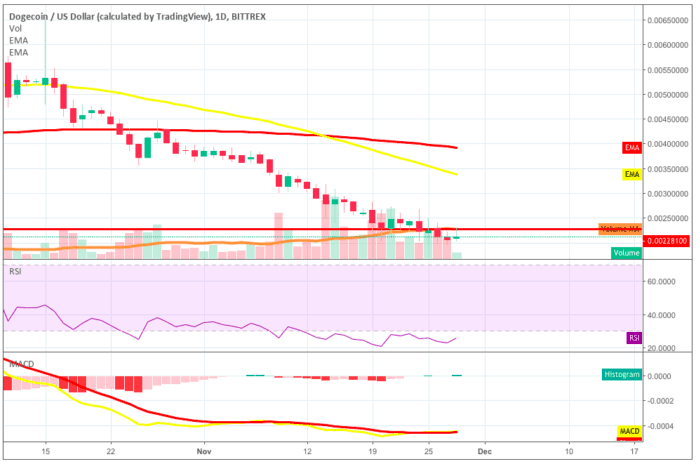 Dogecoin’s price had experienced a protracted plunge since this spike, the poor market climate, therefore, saw the price dive under $0.0022. It further continued under $0.002 but hastily traded back above though crypto traders were not willing to take such as underslung valuation.

The price right now appears to be facing resistance at the quondam support level and rediscovered as it came closer to $0.002 level. Currently, Dogecoin is exchanging hands at almost $0.0021. 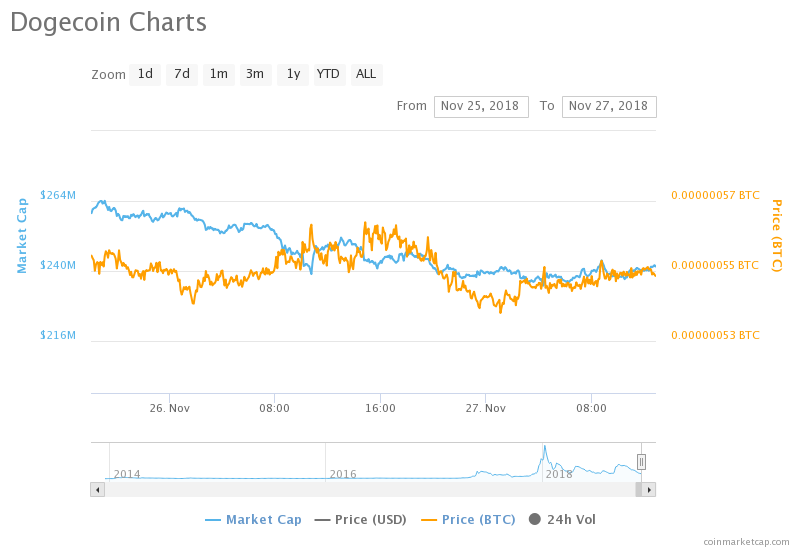 The daily candle of today is making a Doji in Dogecoin. Crypto traders are not certain of whether the price will trade either above or below $0.0022. Dogecoin has surged almost 1% over the past one day while BTC has increased around 14%.

Generally, the prognosis for Dogecoin is still unclear. There appears to be a tiny bias to the top at this time since the entire market is recovering within the past 24 hours. The question still remains if Dogecoin will increase beyond the usual resistance level of $0.0022. Well! Let's wait and see.