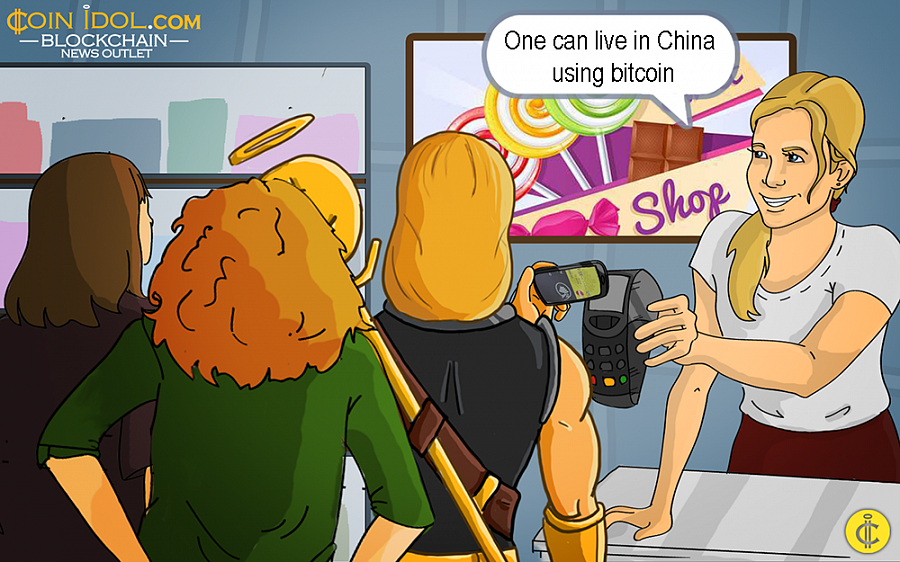 The swift increase of mobile payment services such as Alipay and WeChat Pay has empowered China's largest cities to transmogrify into cashless communities, allowing consumers to use their smartphones to pay for many goods and services ranging from all sorts of transport and meals to foot massages and movie tickets.

The creation of Cryptos, however, has sparked interest in how an individual can live in China today using Bitcoin, regardless of the government's crackdown on Cryptocurrency trading and its prohibition on payment services that allow those assets.

Why Insane with Bitcoin

A group of self-identified Crypto maniacs a.k.a Team 1234, have given a demonstration of how an individual can survive on crypto such as Bitcoin in China through their privately produced, multi-episode documentary that was officially released on iQiyi, a streaming video service, on Thursday, August 30, 2018.

The documentary Bitcoin Girl follows a young lady called He Youbing (which can be translated as "why insane" in Mandarin), and her trial to use Cryptocurrency in a 3-week (21 days) experiment which covered Shenzhen, Shanghai, Beijing and Guangzhou.

He Youbing, who comes from Fujian, took Bitcoin valued at US$1,400 at the beginning of her trip on Tuesday, August 28. Her experiment included convincing shop owners and strangers to admit Bitcoin in exchange for traditional banknotes, food and accommodation while teaching them about the advantages of Blockchain technology.

Most of the 15 six-minute episodes of the documentary shown on iQiyi highlighted the difficulties faced by He Youbing to exchange her Bitcoin, that was kept in a wallet app on her cell phone, in exchange for banknotes, food, accommodation and banknotes.

“I can treat you for meals at our canteen, but I don’t want to take bitcoin,” a Beijing-based college student told He Youbing in one episode. In another segment, a man at a Shenzhen cafe said to her: “I have no idea what bitcoin is.”

The documentary pegs a novel exertion by China's community of Crypto users to collect the profile of Cryptos such as Ethereum, Ripple and Bitcoin, amid the government's increased crackdown on all Crypto-related operations in the nation and the recent fall in value of every crypto.

In the documentary, the producers revealed that they rejected the offer of many Blockchain technology start-ups in the country to help fund the experiment.

“If I fail, then that’s the failure of the blockchain people,” said He Youbing in the documentary.