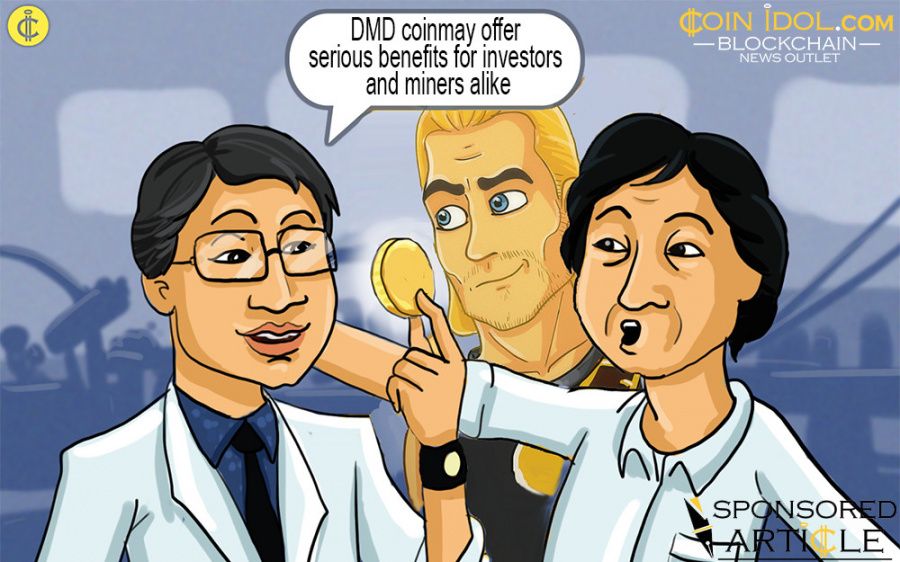 Some of the earliest cryptocurrencies are rebounding this year. There was the GroestlCoin that posted some really good growth in the last several months out of nowhere, its worth increasing several times over. Now Diamond (DMD) is also reinvigorating itself and may offer serious benefits for investors and miners alike.

But what is the Diamond DMD coin?

DMD is one of the oldest cryptocurrencies in the world. It started way back in June 2013, when Ethereum wasn’t even fully conceptualized and other coins like Litecoin were still in the early years.

DMD has a robust system and allows fast, secure transactions at negligible transactions costs. It also functions as an interest-bearing asset that increases your worth over time -- automatically. It aims to empowers more people to achieve financial independence. It is also an excellent storage for the longer period of time that is secured and supported by the network protocols, infrastructure and services.

For those who don’t know, the interest of DMD tokens is actually part of the proof-of-stake mining concept. It uses a proof of stake 3.0 concept that ensures a much higher degree of security, stability and efficiency. Proof-of-stake is a very contrasting concept to proof-of-work, prevalent in the cryptocurrency world including bitcoin.

According to this concept, users need to hold their tokens in the wallet for some time for securing the blockchain before they get a reward for partaking in the network’s stability. The proof-of-stake method is a very eco-friendly mining concept but has its own drawbacks. Only a handful of coins have actually implemented it in its full spirit. The DMD token is one of the few tokens that have progressed the proof-of-stake approach and made it extremely easy and automatic.

Now, the latest development in Diamond DMD tokens is that the Masternode technology is now in the works. It is a layer 2 network of Masternodes that provide additional services. These Masternodes enable very fast anonymous transactions and they are compensated with an attractive 65% of the reward block. You can also join this Masternode network to gain passive income in addition to being involved in its passive proof-of-stake block generation.

For people with extra proof-of-work-based hardware lying around, you can join the Diamond Multipool and earn coins through it even though the proof-of-work approach has declined in recent times.

The Diamond DMD is a good coin that has created multi-million dollar market evaluation despite having no ICO or pre-mining. It is the inventor's’ idea of creating a scalable, scarce and extremely fast currency that can be seen in Diamond DMD. The DMD Diamond Foundation is very committed to improving the code of the Diamond DMD network and is joining the family of SegWit enabled coins in the market.

Tags
Wealth Cryptocurrency Token Network Masternode Mining Service
Most Popular
May 02, 2021 at 11:54
News
South Korea Announces Testing of CBDC Right After Imposing a New Tax Framework; Is It a Coincidence?
May 02, 2021 at 10:36
News
Chainlink Breaks Initial Resistance at $38, Eyes $44 Overhead Resistance
May 02, 2021 at 09:14
News
Uniswap in Minor Retracement, Set for More Upside Momentum
May 01, 2021 at 12:54
News
Russia is Going to Establish a Special Department for Exploring Artificial Intelligence
May 01, 2021 at 11:58
News
Dogecoin Price Pushes To The Upside; Can Bulls Breach The $0.45 Resistance Zone?
More