“Bitcoin to the Moon” in Ukraine Boosts DLT & Crypto Market 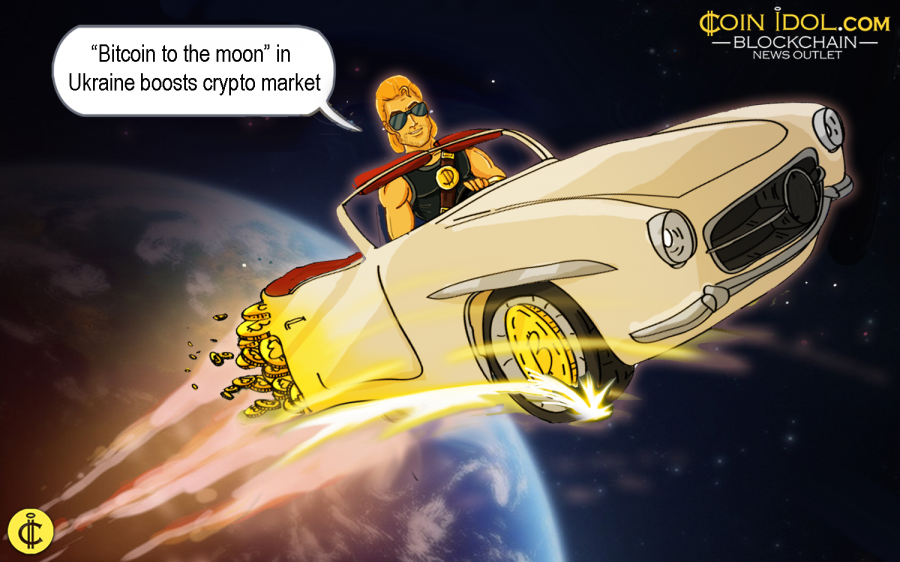 Bitcoin (BTC), the leading cryptocurrency by market cap, just saw a major boost after the astonishing slogan “Bitcoin to the Moon” appeared on a tramcar in the Ukrainian city of Vinnytsia. The pictures of the event were all over the social media and the National Bank of Ukraine (NBU) declared that it has finished a pilot project to roll out its own cryptocurrency known as e-hryvnia.

At press time, it is still unclear who is behind this surprise slogan. From the picture available on social media such as Facebook, the “Bitcoin to the Moon” caption first surfaced on the Vin Way tram. Albeit, the visibility move is set to boost Bitcoin interest in Ukraine and Europe at large.

Vinnytsia Transport, the firm managing the tram, has no known conferred interest in crypto. Nevertheless, this is a new form of tram that is 32-meters long with Wi-Fi connectivity as well. The picture seems to have been captured on Sunday, February 24, 2019, and was first posted by Roman Petrov, an active online stock trader at the Chicago Mercantile Exchange (CME).

Last week, city authorities dismantled the premises housing the “Bitcoin Embassy” in Vinnytsia. The Bitcoin Embassy was formed in the year 2014 as a major project with educational purposes. One of the top crypto exchange in Ukraine called Kuna allegedly took part in the enterprise initiative.

Ukraine is Open to Blockchain & Crypto

Based on all these occurrences in Ukraine, the central bank is testing out digital currency. The pilot project, via the NBU, looks for the ways to change the current fiat currency called hryvnia into a digital/electronic version running on blockchain.

Alexander Yablunivskyi, the Head of Ukrainian Central Bank payment system and innovation segment, revealed that he sent a new financial instrument to National Bank of Ukraine in December 2018 to experiment its applicability and he awaits feedback from the actual end user. He noted:

“The pilot is now complete. We have prepared an analytical paper that will be reviewed at a meeting of the National Bank’s board.”

He also warned citizens against the sentiment that the e-hryvnia scheme is a “digital currency concept.” Also, the NBU will publish a proper report of its findings on the ground to the local central bank. The central bank digital currencies (CBDCs) like e-hryvnia are repeatedly confused with cryptos.

As reported by Coinidol in December last year, Ukraine was planning to use blockchain technology (DLT)  as one of the means to fight corruption, according to Yuliia Tymoshenko, Ukraine’s former Prime Minister.