Definition of a Cryptocurrency Fork; Why Are They Necessary? 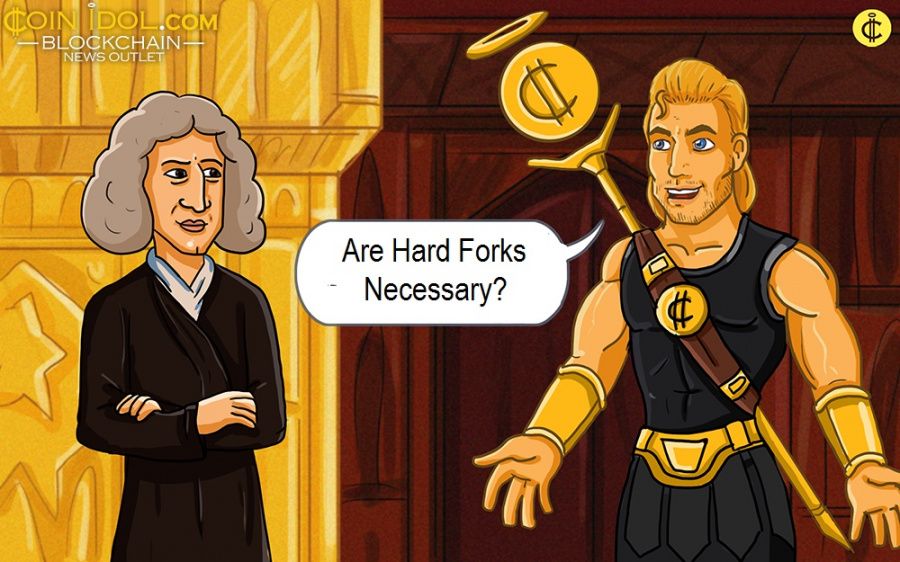 Forks are tools employed by blockchain and DLT networks to increase blockchain execution and run the protocol. These are generally distributed into Soft Fork and Hard Fork (hardfork).

A Soft Fork is realized and implemented by creating a modernized version of the DLT protocol compatible with earlier versions. The Soft Fork puts in place a reversible change that enables contribution in the DLT network even to all those nodes that for various reasons decide not to upgrade.

A Hard Fork introduces irreversible change and needs blockchain nodes to create the upgrade mandatorily. With Hard Fork, new cryptocurrencies are formed as in the past, for example, Bitcoin Cash (BCH) cases or zcash and Litecoin (LTC).

Hard Forks can be Planned and Scheduled, or Contentious, which means they can't find community consent.

Regarding Contentious hard forks, the proposed modification to the protocol does not reach an agreement within the community and with the Hardfork we come to a type of blockchain splitting. A Contentious Hard Fork leads to the establishment of a new coin.

Regarding planned Hard Forks, the protocol change is planned and the transition is approved by community participants. A Planned Hard Fork is not leading to the splitting of the DLT and the rules are rationalized in the formula of continuity.

The reasons which can lead to a Hardfork are different but can be summarized in some places:

Scalability of the Blockchain and DLT Network

One of the themes that leads the blockchain community to face a fork is scalability. For example, regarding the DLT net, the starting point is a DLT created to process transactions every ten minutes. A time closely associated with the amount of transactions and the number of users. In the second half of 2017 there was an exponential increase in registrations due to a very strong increase in the spread of the currency. This "demand" has also resulted in a slowdown in the time of consolidation of consolidation of blocks consolidation on the DLT.

And let's get to the Forks, which is the subject of the division between the developer family who want to maintain the traditional blockchain structure and developers who want to increase the volume of locks and transactions, trying to make the recordings faster. This contrast has generated some forks of the DLT and the emergence of new virtual currencies originating from Bitcoin blockchain (like BCH and BTC).

Risk of weakening the Trust

But it should not be forgotten that each new separation of the blockchain also determines the risk of a possible centralization in the running of the blockchain itself and thus of weakening the trust mechanism, that is, a trust that is directly proportional to the number of nodes in the DLT network.

If you assume that, for the Miner, the chances of winning the Proof of Work are directly proportional to the computing capacity you have, you notice that the Bitcoin blockchain is exposed to an imbalance risk in favor of those who may have greater computing power or, in other respects, can access more computing capacity at more affordable costs. In these cases, for example, the purpose of remediation is to define protocol-level innovations that will lower the importance of computing capacity in the resolution of Proof of Work, that is, by trying to reduce the risks of concentration of the Miners.

The subject of performance and scalability has always accompanied the development of blockchain tech. BTC's ability to process transactions compares to time limits of less than 10 transactions per second. Among the themes of the community is that we have a protocol that can improve these performances. Among the "streets" is to increase the block size, which is to double the amount of dealings in each block.

Interventions on the DLT protocol are also intended to run the DLT ecosystem, or the set of rules and balances that underlie the blockchain's own view. Among the themes is the controlling of the Forks itself and to the precision of the Hardforks that leading the community to face real splits poses a theme of protecting the overall value of the ecosystem and, directly, also a theme of shared rules, of distributed and shared governance for Bitcoin.