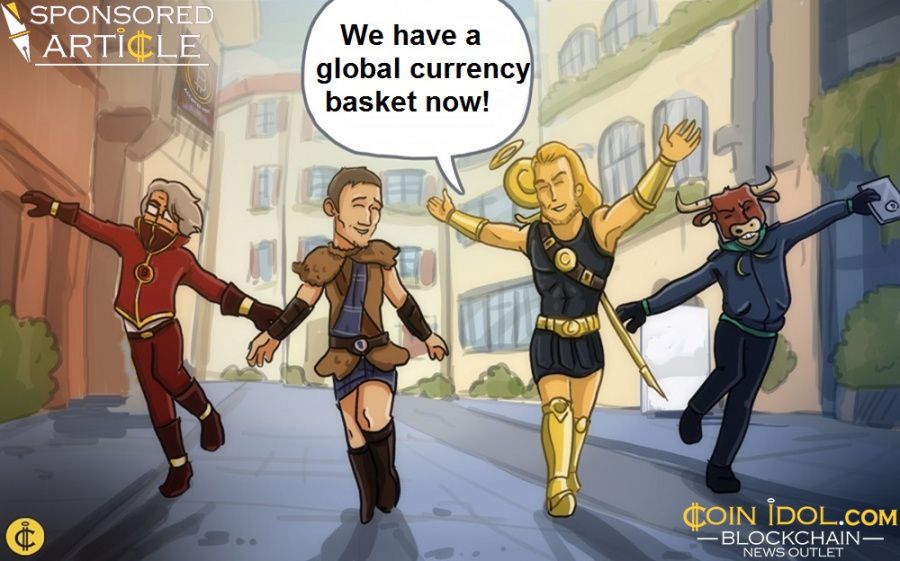 The global open community and asset digitizing instrument known as Asset Collection Chain (ACChain) has now launched the A-SDR fund, a new product that aims to be a global digital currency basket.

The A-SDR fund will be anchored to Bitcoin (BTC) Ether (ETH) and ACCoin (ACC), creating a “Digital Gold Reserve” for a remittance and settlement system for global digital assets, governed by a supra-national, decentralized body representing the blockchain community.

The Crowded Space of Digital Currencies

Blockchain technology, whether seen as an innovation or a disruptive force in finance, has just witnessed what could be its watershed moment this year. Arguably enjoying its fastest rate of acceptance, recognition and adoption, the conventional world of banking and financial technology now understands blockchain, and they want to get involved.

Few have enjoyed the same attention and meteoric rise of Bitcoin, the first mover in cryptocurrencies and the world’s most most-used and best-known blockchain-based currency. Despite the success of banking institutions in asserting influence on alternative assets, such as precious metals, their net effects on Bitcoin have been negligible, unable to stop Bitcoin from reaching its current heights.

Buoyed by Bitcoin’s success, so-called alternative cryptocurrencies, or “altcoins,” along with other digital tokens, have vied for attention and economic value.

An estimated 1,600 new coins and tokens have been released to date, with up to a thousand more expected to hit the scene over the next few months. Even the most conservative observers will concede that, at the very least, a handful will eventually achieve their aspirations and gain prominence, possibly even changing the face of industries they seek to disrupt or innovate.

Mainstream users, faced by the complexity of maintaining and tracking a growing list of digital and conventional currencies, have demanded an easy mechanism of interchangeability between the two.

The new A-SDR digital currency basket proposes to be such a mechanism. It will be operated under the auspices of a decentralized international management entity known as the International Digital Assets Exchange Council ( IDAXC). IDAXC will be in charge of supervision and facilitation of the exchange of digital tokens, based on a basket of three cryptocurrencies already enjoying recognition and utility: Bitcoin (BTC), Ether (ETH) and ACCoin (ACC).

ACCoin began its development more than ten years ago, well before the Bitcoin network was officially released. In a unique model, ACCoin tokens hold rights to underlying tangible and intangible assets, ensuring it was backed by an item of quantifiable and substantial value. This distinction makes it unique, as even Bitcoin has been criticized for not holding any intrinsic value.

More than a mere coin or token, ACCoin realized the need for an entire ecosystem to capture and track its underlying assets, as well as allow for future movement of those assets into and out of digital spheres, and even converting back into the original assets as required by holders. This ecosystem would also allow seamless integration into traditional currency and banking.

By tying itself to the three currencies above, A-SDR Fund envisions itself as the benchmark for a global mechanism of digital asset distribution and settlement – distinguishing ACCoin as the first standard digital currency that exchange and settle global digital assets.

This will allow for the functioning of an “Exchange Rate Index” within the A-SDR digital currency basket, establishing the world’s first defined-value exchange and settlement standard linked to fiat financial digital tokens – essentially bridging conventional finance. With more than 100 banks globally already launching a digital asset exchange and settlement system, a network of the same but with global scope can now begin.

To learn more about the A-SDR idea and ACCoin, visit its website or follow for updates on Twitter. To participate in the A-SDR crowd sale, visit the activity page.