CTO Of QIWI Controlled 2.4% Of The World’s Bitcoin Emission 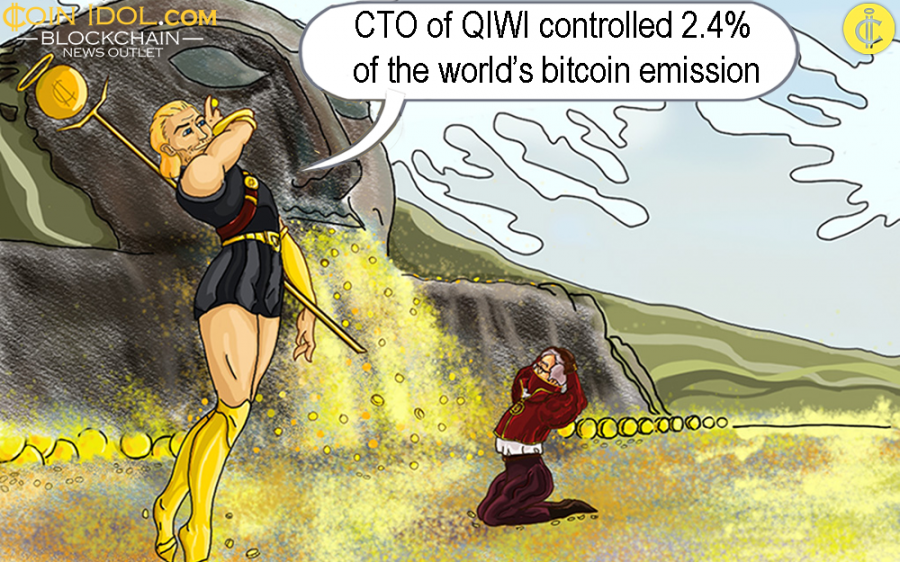 Sergey Solonin, CEO of large payment service provider QIWI, has recently revealed in a lecture at Moscow Advanced Communication School that his CTO had mined 500,000 bitcoins back in 2011. The employee used QIWI terminals that were idle at night to make more than $5 mln in three months.

"In 2011 we had over 100,000 self-service terminals. Once, the head of the security service noticed strange activity on the terminals located in the shops and department stores at night, when there were no customers. The terminals were transmitting big volumes of data, working intensively. We initiated an investigation and found out, that the company's CTO had been secretly mining cryptocurrency with our equipment," Solonin was quoted by Rusbase.

According to the businessman, he asked the CTO to return the bitcoins received with the help of the company's resources and explain the core of the process. However, he returned nothing and left the job.

As Solonin explained, the technical director did not cause a direct loss, except for property owners, who pay for electricity.

CEO did not reveal the name of the technical executive. As Solonin stated, later he tried to mine cryptocurrency on the equipment, but computers could not cope with the computation requirements anymore.

In 2011, bitcoin price was around $10-30. Later, the value of digital currency increased significantly. Now 500,000 bitcoins are worth over $4 billion. Since the emission of bitcoins is limited to 21 million tokens, it means that the CTO already in 2011 owned 2.4% of the entire market of this financial technology.